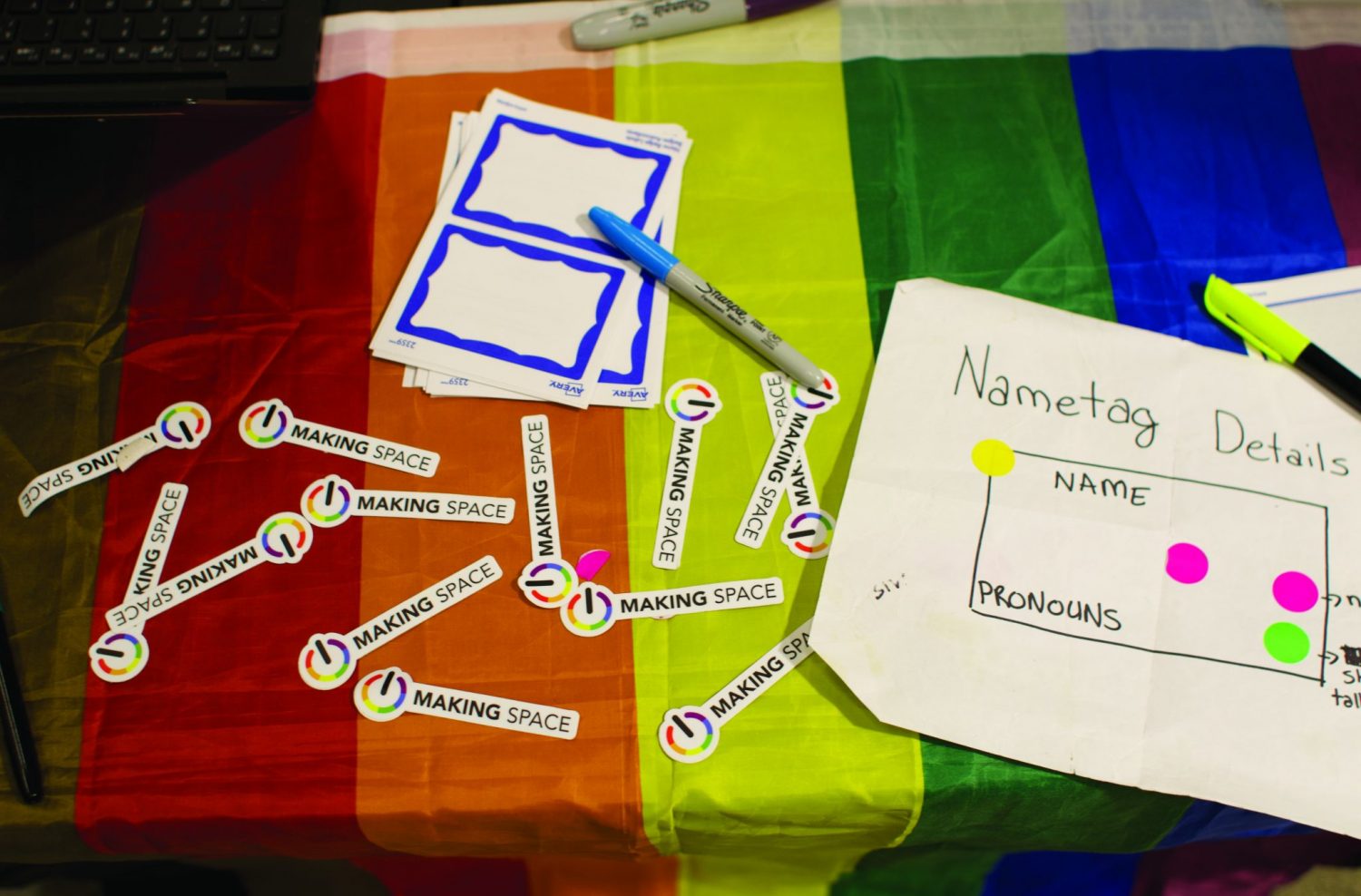 Note: To protect the privacy and human rights of the individuals involved, the Community Edition used only first names where sources requested not to have their full names published.

Since 2018, the Making Space community collective has organized networking meetups for queer-identified people to connect professionally and get to know each other.

“The year I decided to come out, I thought ‘If I’m running a company, and I can’t be myself, how do I expect to make space for other people to be themselves?’,” said co-founder and software developer Gord Tanner.

Tanner was motivated by the need for such a space within the KW community after stumbling upon a worldwide Slack group for LGBTQ+ in Tech, with subgroups supporting a multitude of identities and backgrounds.

“Suddenly, it felt like we weren’t so alone in the world. I could find folks with the same lived experiences,” Tanner said.

“And make incredible tech connections, too! I kept thinking, ‘I want this in real life.’ But there was no one [in Kitchener-Waterloo] on it.”

Eventually, Tanner realized “If this is gonna happen, I’m just going to start it.”

Such an initiative has been a long time coming. Ross, a meetup attendee who has worked as a software developer for almost 30 years, spoke of the realities that queer-identifying employees have faced in the past.

“The first few jobs I had out of University, between ‘91 and ‘96, there was still the standard gay jokes. That was standard in society at large. There were no laws [to combat such language in the workplace].”

In recent years, those who’ve grown up with laws and policies in place to promote respect and dignity in the workplace have still found a lack of opportunities for connection and networking.

“Not everything [for LGBTQ+ people in tech] is peachy, yet,” said Shawn, a software developer and recent college graduate.

“Myself, I haven’t run into situations where I’ve been made to feel uncomfortable with myself, but from what I’m used to, there just isn’t a lot of space in KW for people in the community to meet up.”

Making Space has given local businesses the opportunity to participate in the creation of such spaces. Most recently, KW-based Miovision provided its facilities to host the meetup.

“There have been many companies that have been willing to open their doors to our group,” Shawn said.

While tech companies across North America have provided more outspoken support for marginalized groups in recent years, changing a common workplace culture that denies the actual inclusion of those groups is still crucial.

“I don’t need another CEO who isn’t part of the community telling me how awesome they are. They need to amplify and bring forth the voices of the community,” Tanner said.

With more spaces for safe communication comes greater empowerment for those in the community to advocate for themselves and each other. Tanner elaborated on the ongoing need that a meetup like Making Space fulfills for its participants. “[This] is primarily a networking space, because queer folks in tech have unique questions, and problems. Job-hunting as a queer-identified person in tech … you don’t always know where you’re going into. So it’s about finding people who could vouch for companies, and each other” Tanner said.

Making Space’s LGBTQ+ in Tech monthly meetups will be taking December off in accordance with the holiday season, but will regroup in January. Making Space also promotes organized public speaking events, and offers guidance to those in the community who wish to develop their public speaking skills and experience.