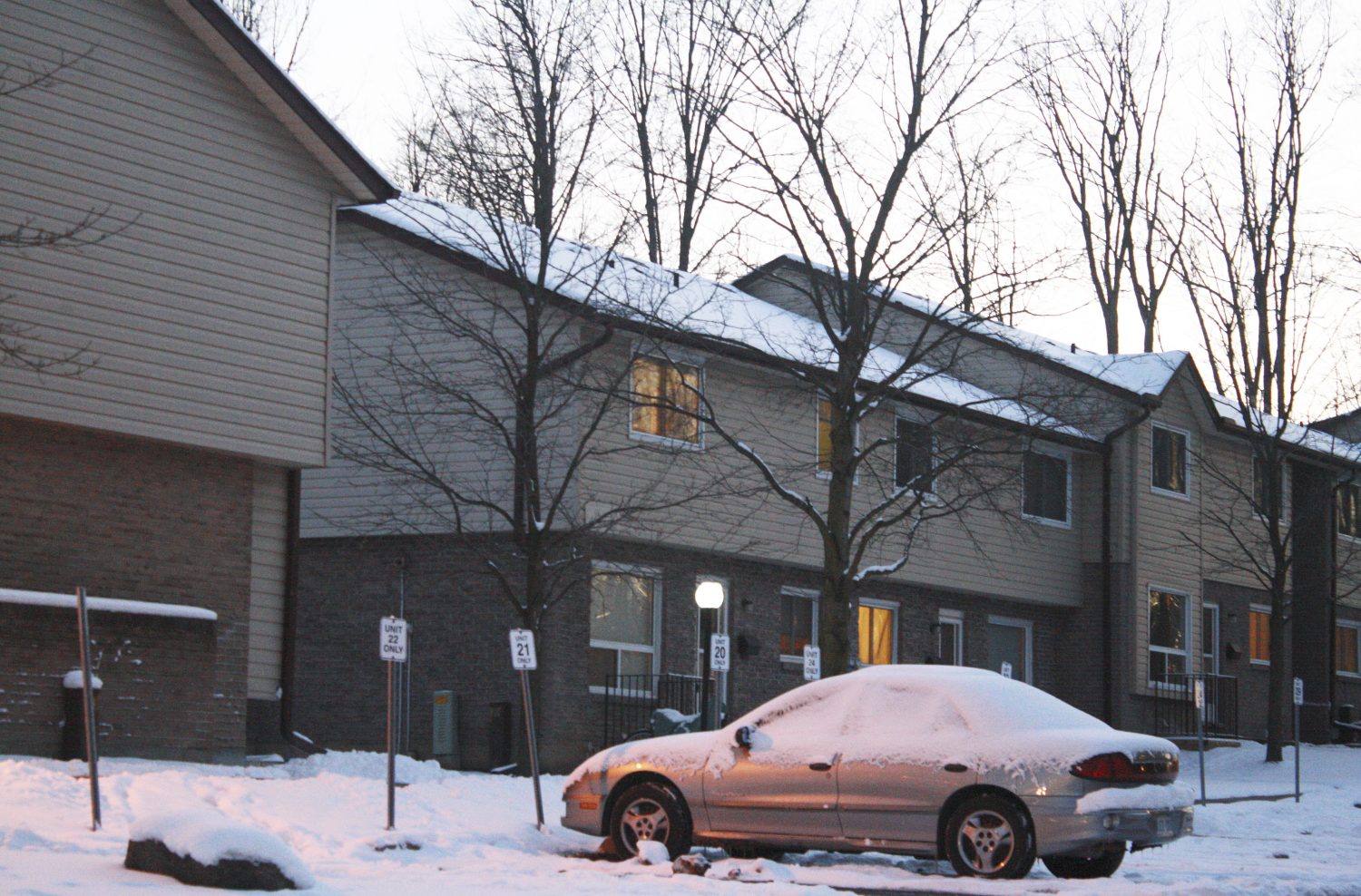 Lost in the shuffle

Affordable Housing Strategy in Waterloo has a waitlist of about 3,000 people • LATANIA HYATT CORD PHOTOGRAPHY

There are a significant number of people in Waterloo Region who are in need of financial assistance. Often, they are advised to seek local affordable housing but, unfortunately, it isn’t always easy to secure a spot.

Kitchener-Waterloo resident Richard O’Connor is all too familiar with this frustration. After losing his job and not being able to pay his rent, O’Connor found himself applying for affordable housing. He’s currently waiting for a spot to open up.

“I’m trying to be patient, but it’s hard,” O’Connor explained. “I want to get back on my two feet, but in order for me to do that, I need my own place.”

Waterloo Region’s Affordable Housing Strategy (AHS) addresses the need for sustainable and affordable local housing. The strategy involves housing providers that receive funding from the Region of Waterloo, including non-profits, co-ops and units that the Region owns and operates through Waterloo Region Housing.

If one needs an affordable housing unit, there is a process that must be followed that involves submitting a form to the housing department, explained Deb Schlichter, the director of housing for the Region of Waterloo.

“The application allows you to choose which housing sites you want and you are put on each of those site wait lists chronologically, by date of application, until a unit becomes vacant,” Schlichter explained. “There are some basic eligibility criteria to meet and you can only apply for units that are appropriate for your household size.”

The waitlist fluctuates throughout the year, but it includes 3,000 households on average, a number that has been fairly steady over the past several years. To house people on the wait list, current tenants have to move out. However, this may cause many conflicts for those waitlisted.

“Right now, turnover is lower than previously, so that limits the number of vacant units for new tenants to move into,” Schlichter revealed. “There is also a limited supply of affordable housing units to meet everyone’s needs, so households can wait for less than a year to sometimes more than six years. The waiting time will vary depending on how many site choices are made, the size of the household and other variables.”

O’Connor is currently staying with a friend and searching for work to help pay rent. At this time, he isn’t sure if he will try finding a cheap apartment or just continue to wait.

“If I wait, I have to stay at my friend’s house and I don’t want to intrude on his home space,” O’Connor explained. “If I go apartment hunting, all I can really afford right now is probably a much too small of an apartment that probably won’t be in an area that I like. I think it’d be safest if I didn’t take my chances right now.”

“This is very much a partnership approach with various levels of government working to meet in our community,” Braid said. “We provide safe and affordable housing for vulnerable people in our community.”

Braid also noted that other options exist for people trying to find an affordable home.

“There are organizations such as Habitat for Humanity, a charitable organization that has a local chapter that helps to provide affordable housing for low-income families,” Braid said.

The current strategy involves the creation of at least 500 new units of affordable housing by the end of 2013.

By the end of December 2012, 476 units had been created. The priority is to allocate 40 per cent of these units for the lowest income households and to reserve 100 units for supportive housing.

“Despite the fact that we are a relatively prosperous community, there’s still an obvious need to provide affordable housing in our community,” Braid said.

“Providing a safe and affordable housing is a building block for a strong community and it helps to contribute to the economic and social well-being of the entire community.”