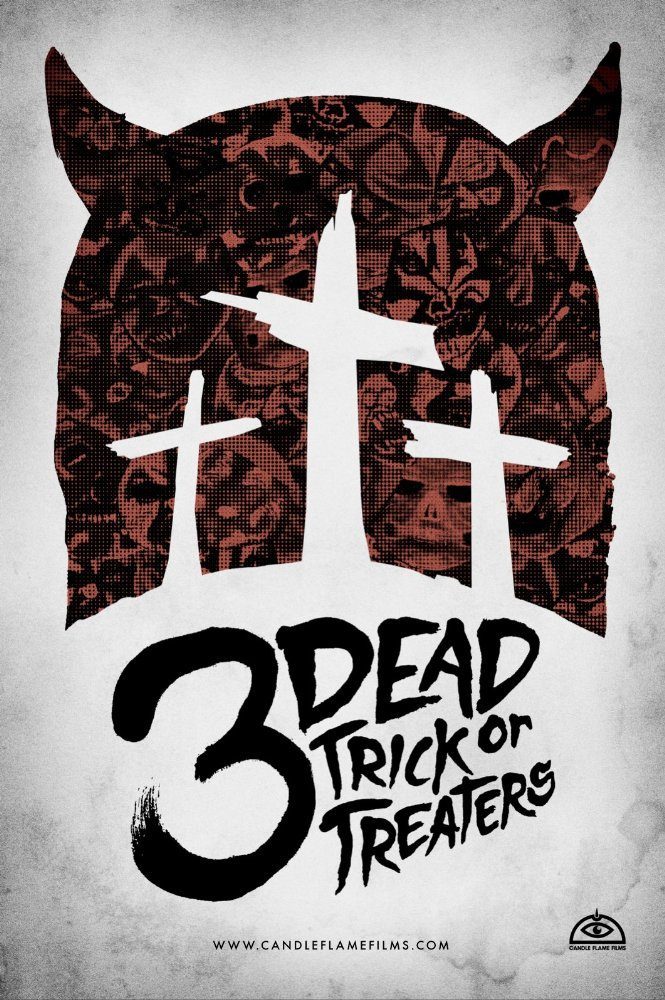 Kitchener filmmaker Torin Langen’s feature-length debut 3 Dead Trick or Treaters make its hometown premiere at Apollo Cinema on Feb. 16, so if you’re in the mood for an ooky, kooky and spooky evening, come celebrate the work of local artists from diverse mediums who have come together to make something truly macabre.

Local viewers will enjoy spying familiar faces and settings, but should quickly lose sight of this as they are swept up in this dark, comic anthology of inter-connected horror stories, with its thoughtful cinematography, engaging characters, excellent performances and eerie, atmospheric soundtrack created by Stephen Schooley. 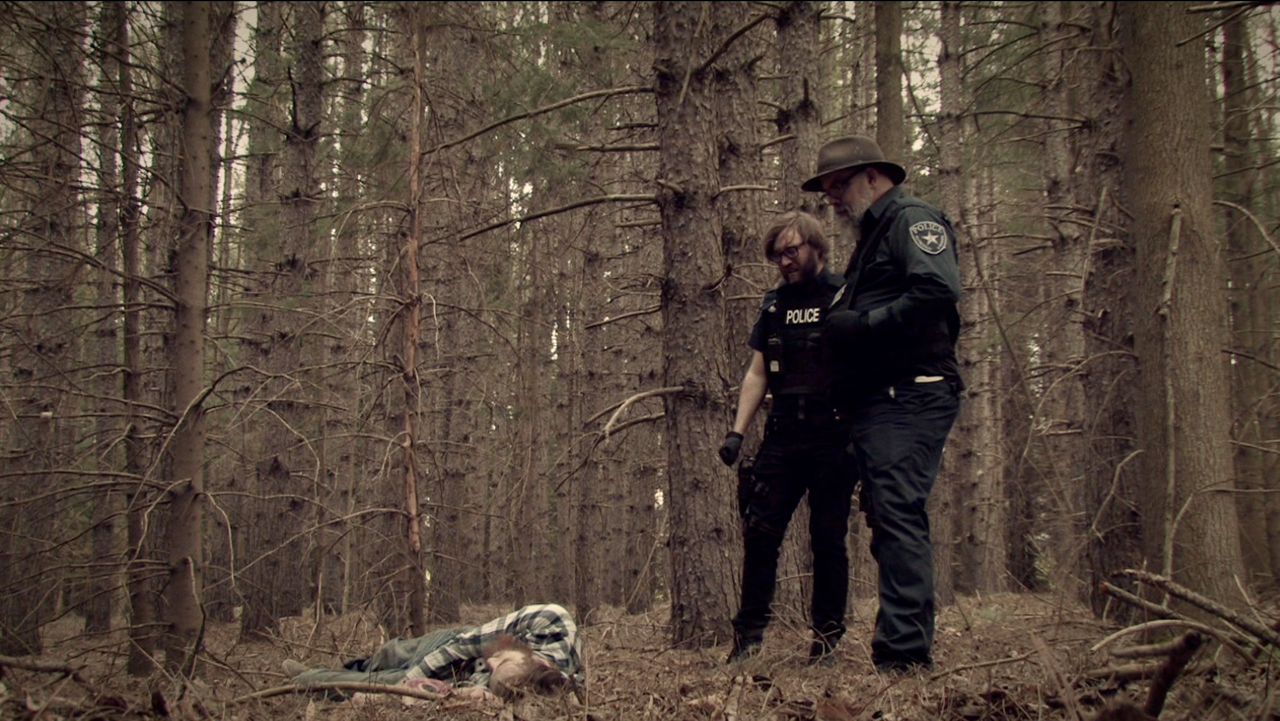 That 3 Dead Trick or Treaters won Best Soundtrack at the 2016 Blood in the Snow Canadian Film Festival is fitting, as music takes the place of dialogue in this film to astonishing communicative effect. So while the film is without dialogue it is by no means silent. Alongside the beautiful music are the sounds – the screams of a man in a bathtub, dried leaves being crushed underfoot in a forest, the manic scribbles of a rejected pulp fiction writer – and they are all the more potent in their environment of silence.

Notes left by a killer, the characters’ subtle gestures and expressions, as well as Langen’s sensitive and intuitive editing allow the viewer to make sense of the story that connects the eerie vignettes in this film. 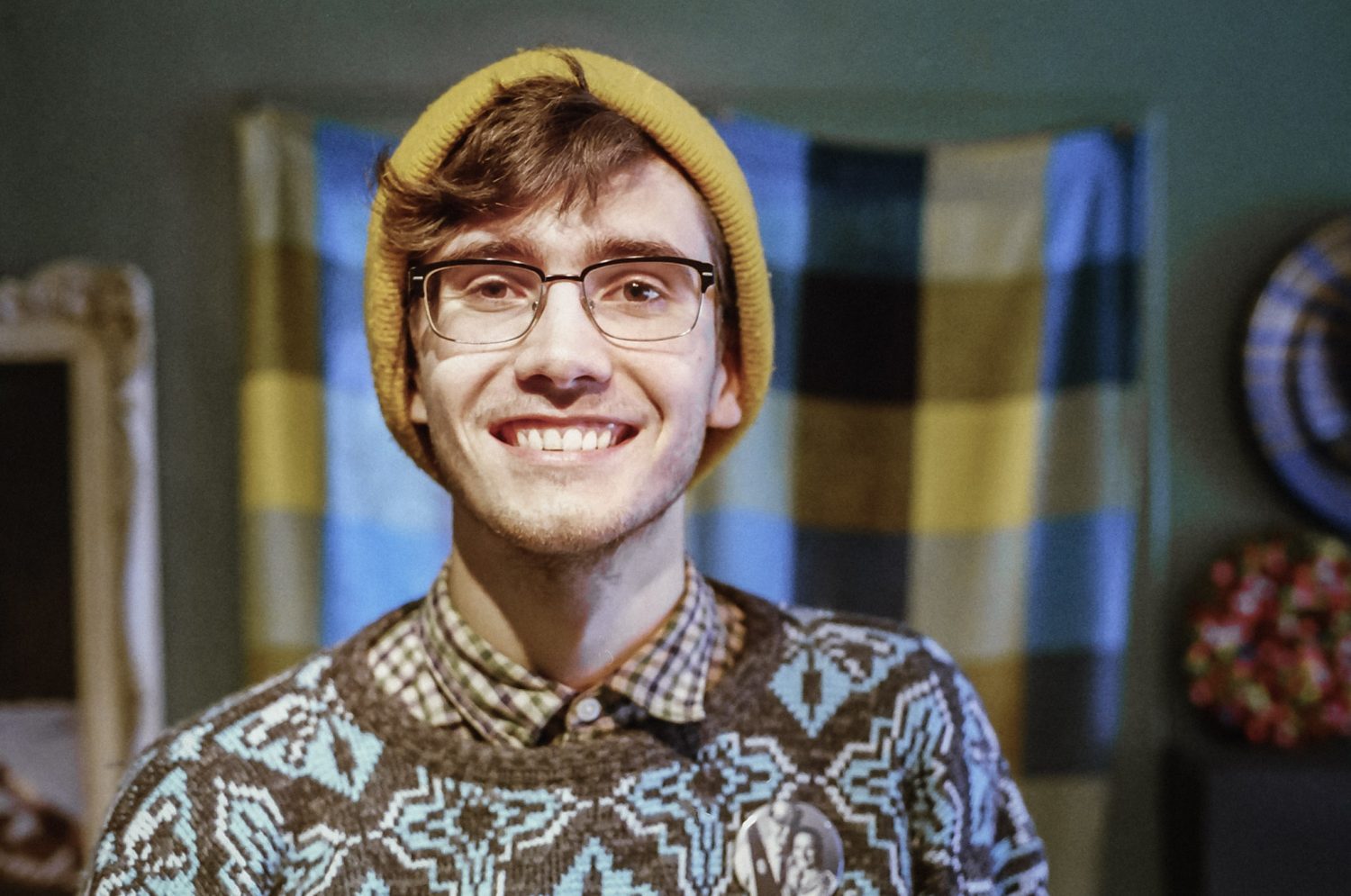 There are currently no additional screenings scheduled in the region, so don’t miss your chance to see this exciting flick (and its stars and creators) in our shared hometown before it’s too late.  The film will be screened as a double feature, followed by the 1982 classic Halloween 3: Season of the Witch.