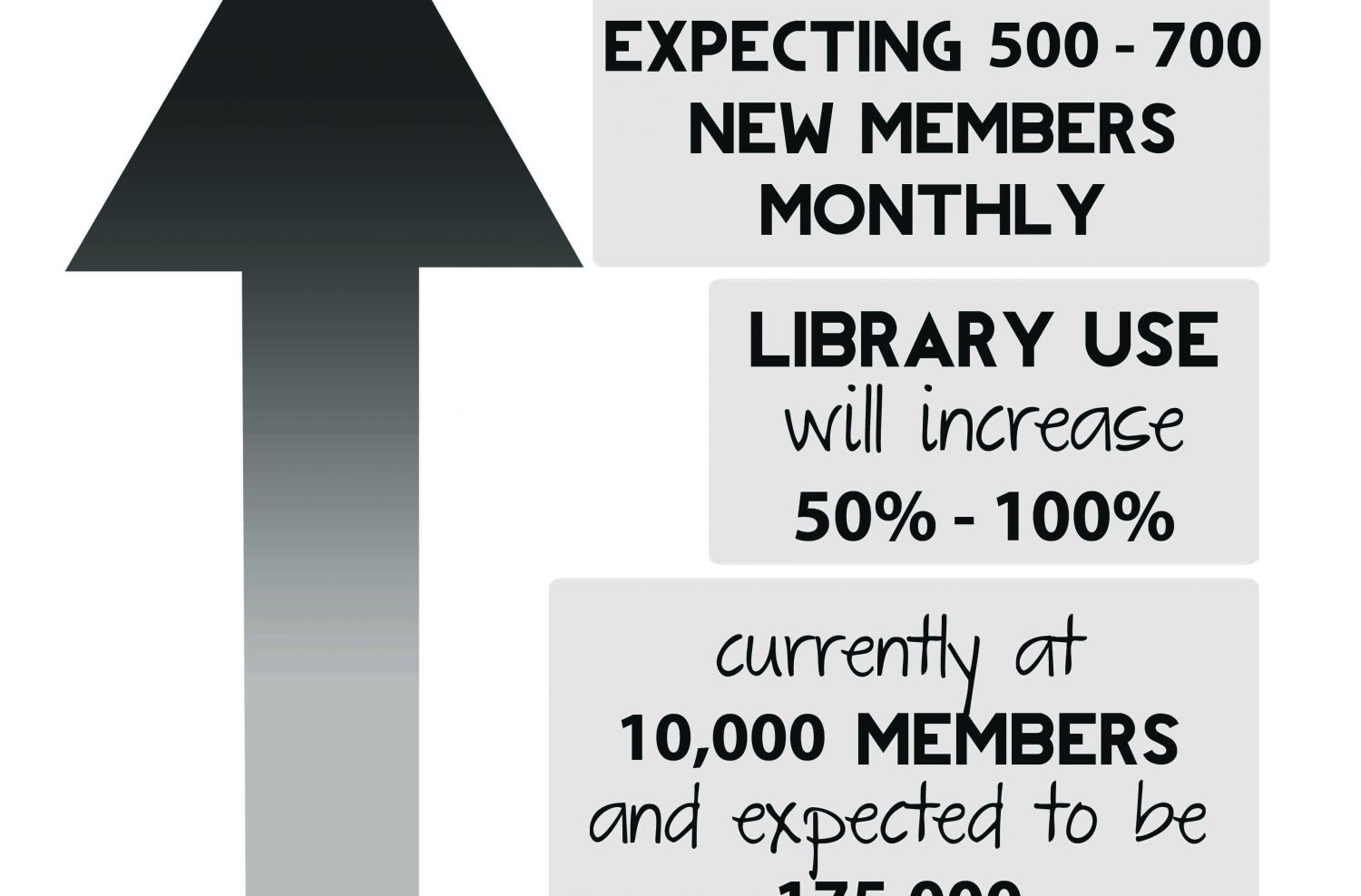 The Kitchener Public Library (KPL) is undergoing big changes for 2013, including a large new addition.

The $40-million, multi-phased project, which includes a three-level underground parking garage, a 25,000 square foot addition and a renovation of the existing library building, began in December 2010.

“Right now, the first half of the underground garage is done and in use,” said Dale Dyce, the marketing and communications coordinator at the KPL. “We are anticipating project completion by the end of 2013.”

The purpose of the new space is to meet the demand of a rapidly growing population.

“The original main library is more than 50 years old and was originally built to serve a population of 70,000,” Dyce said. “Now Kitchener’s population is more than 230,000 and the library has not substantially changed or increased in all that time.”

Additionally, downtown residency in Kitchener has been growing dramatically due to condominium construction, and the KPL’s main building is supporting all of the branch libraries.
“The need for a new main library to [address] this growing demand for library resources and services was actually first identified by our board back in 1999,” Dyce said.

Once the addition is completed in mid-February, Dyce said that all main library operations will be moved into the new space.

“This way, the renovation phase of the original library can get started,” he said.

All three floors of the existing building will undergo an extensive renovation, including modernization of the heating and air-conditioning systems, and updates tp the electrical and network cabling.

During the massive expansion, more resources will also be added. The KPL will increase its collection of books, magazines, DVDs and CDs, while adding about 60 per cent more computers, according to Dyce. This was made possible by the increased funding for the central library after City Council approved the KPL’s 2013 operating budget. In exciting news for local librarians, The KPL is also expecting to hire nine new full-time staff.

The building will be updated to meet LEED gold designation, according to Dyce. LEED, which stands for Leadership in Energy and Environmental Design, is a certification system for high-performance green buildings.
“Gold level is the second highest there is,” Dyce said. “And it’s excellent for a 50-year-old renovated building.”

Once the project is finished, the library will be more spacious and will have a café and an outdoor courtyard for programs or reading. Children can look forward to a new “discovery zone” and a children’s section three times its current size.

“We’re excited about seeing the finished library,” Dyce said. “But all in all, we’re looking at a better ambience and a more modern library. This is what citizens of Kitchener deserve.”