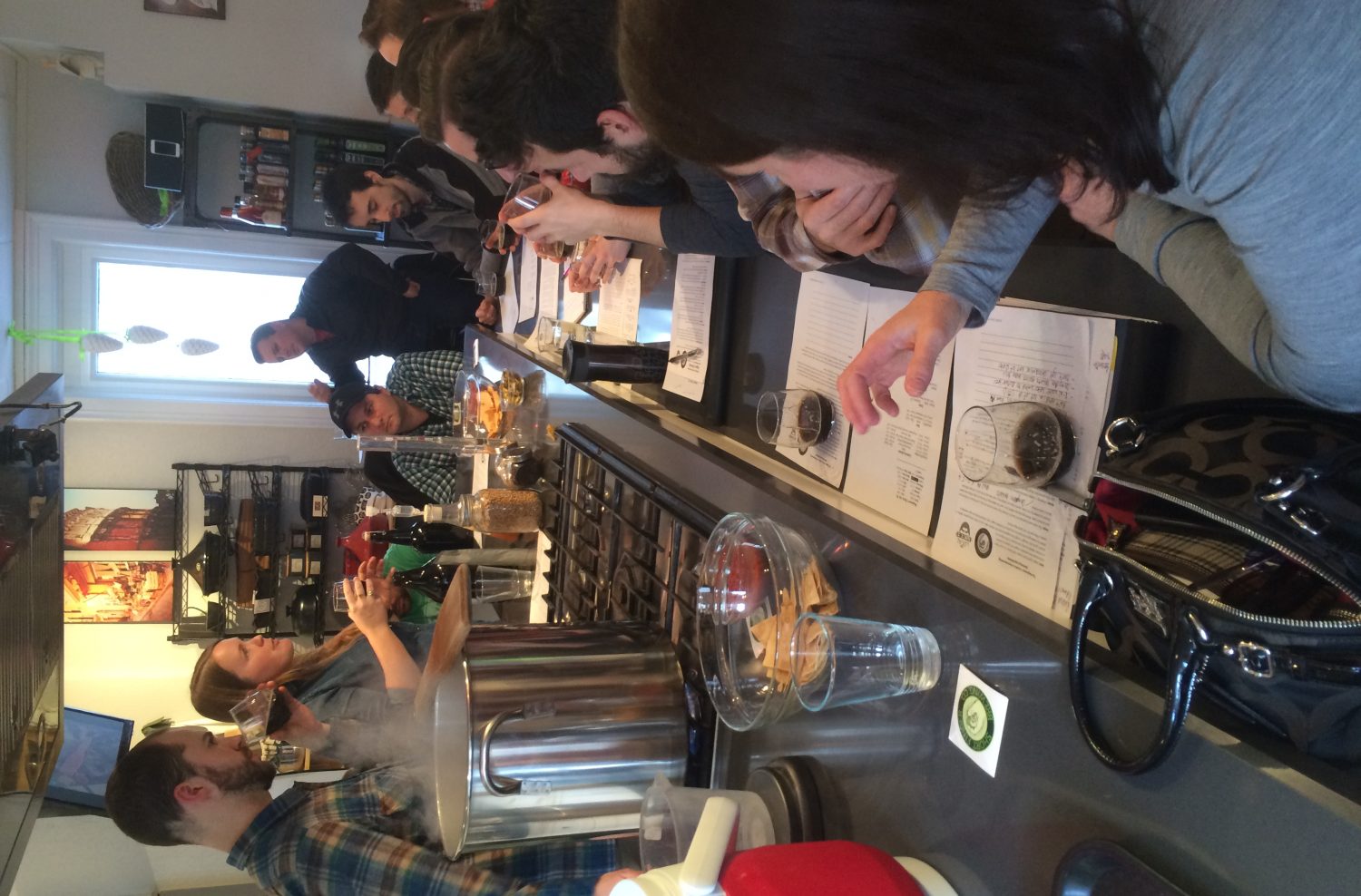 One of the first times I met Kat Rogers-Hern she was speaking at a homebrewing event. She shared about how stoked she was that there were four other women there, and encouraged all of us to make sure that the women in our lives knew that they were accepted, welcomed and encouraged to attend all of these events. I liked her immediately.

Rogers-Hern is a librarian and teacher, but is equally passionate about her work with her husband Rob Hern at Short Finger Brewing Co, where she is the education coordinator, competition organizer, social media person and the self-proclaimed “voice of reason.” She is also a part of a group that is organizing Canada’s first women’s only homebrew competition called The Bush League.

While becoming friends with Rogers-Hern our conversations have often turned to discussions of her perspective as a woman in the typically male-centric craft beer scene, and how her experiences differ from mine. Rogers-Hern is quick to point out that her own experiences differ even from other women, as she has spent a lot of time learning about beer, personally and professionally.

Rogers-Hern probably knows more about beer than most people you know, and she’s confident about it.

When she and her husband decided she would run the education side of Short Finger, she insisted that she wanted to get Prud’homme certification first. Even though she has a masters of education degree, a great palette and strong knowledge of beer styles, without that piece of paper she says she couldn’t be confident that her perspectives on beer would be respected.

On the flip side, I’m just a guy with opinions about beer and brewing culture, and every month I get space in this paper to write about how I feel about beer.

As I was thinking about the tone and perspective of this column recently, I realized Rogers-Hern could bring a new and valuable perspective. And, although she claims she’s not the best candidate to talk about women in beer, because her intense involvement in the scene is relatively uncommon, I say she’s a torch bearer.

“For a lot of women at [beer] events, it’s so dude heavy that you don’t see a commonality,” she says, explaining that craft beer scene isn’t necessarily sexist, just unbalanced.

But there’s Rogers-Hern: standing out in the crowd of dudes showing women that solidarity; high-fiving her husband when they had their first female customer buying for herself rather than her partner; giving talks; and helping educate women and men alike on how to brew. I’m super excited to get her perspective in here as well.