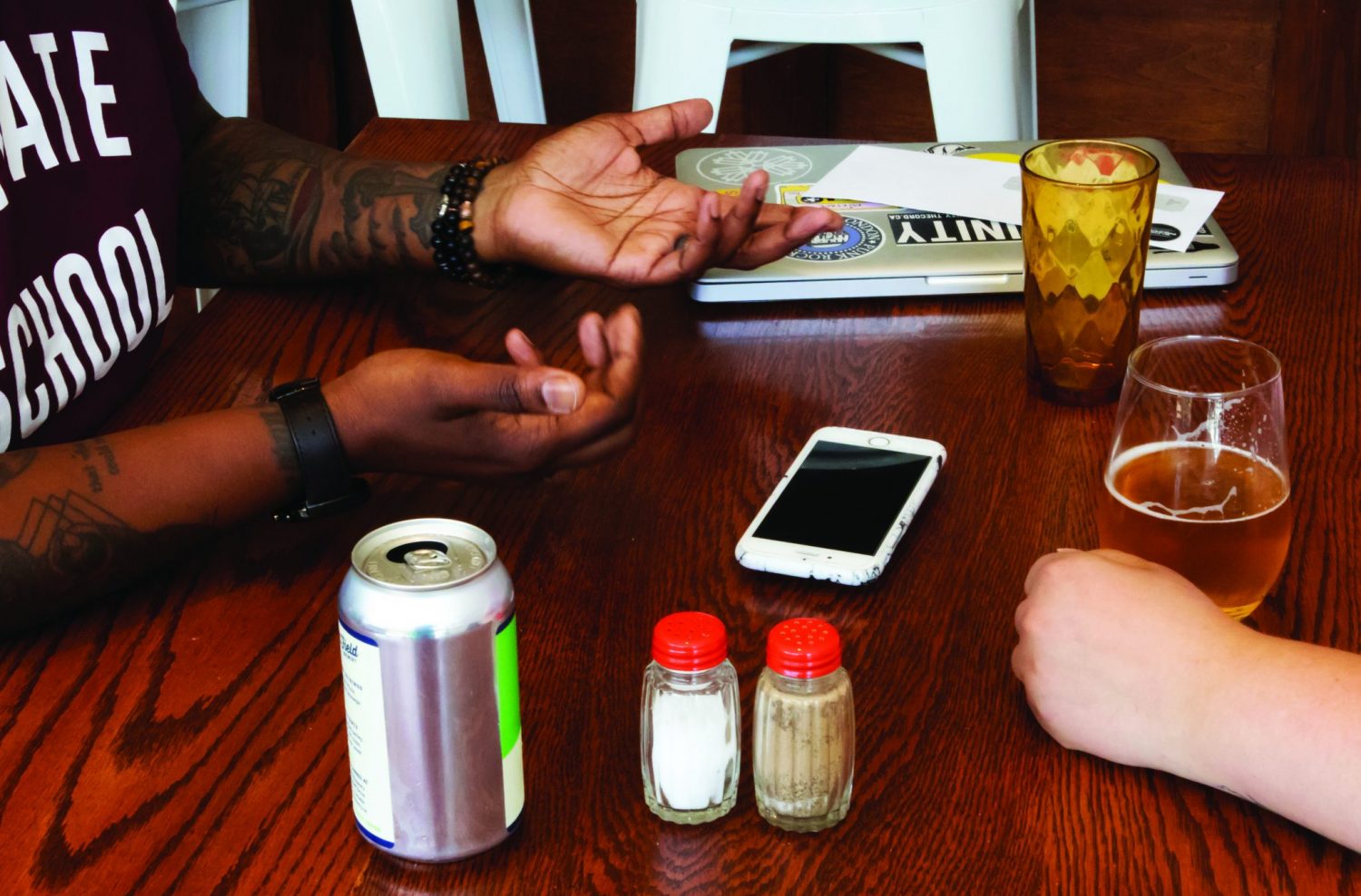 How Diverse Is Your Beer: With Ren Navarro

“I’m absolutely part of craft beer, and craft beer is part of me,” Ren Navarro said, when I asked her to tell me about herself.

Navarro is one of those people you always just see around Kitchener-Waterloo; in the hour that we sat together in Princess Café, she had short interactions with several people who came and went, hugging every single one of them. Her smile is infectious and her demeanor is comforting, qualities that set her up to be successful in the Ontario craft beer industry, which she has been a part of for about seven years.

“Everyone drinks bad beer, so when I was in university, it was bad beer. And then as time went by, I started getting better with it, learning about craft beer,” she said.

Navarro’s time in the beer industry has mostly been spent working in sales for various breweries. Her first sales job was with Great Lakes, but she’s also worked with Kensington Brewery and Descendants. She is also a co-founder of the Society of Beer Drinking Ladies, as well as being involved with Queens of Craft Beer as a speaker. When her wife got a job in Guelph two years ago, the two decided to move from their hometown of Toronto to KW.

But, at the end of April, she gave up her job as a sales rep for Redline Brewhouse to pursue a different avenue within the beer scene. At the beginning of May, Navarro launched beer-diversity.com, a website committed to sparking conversations about diversity in the beer industry.

This project, however, wasn’t just an overnight decision. As a queer woman of colour, Navarro has always been trying to make space for everyone in the Ontario craft beer industry, with a specific focus on gender identity, race, sexuality, etc. 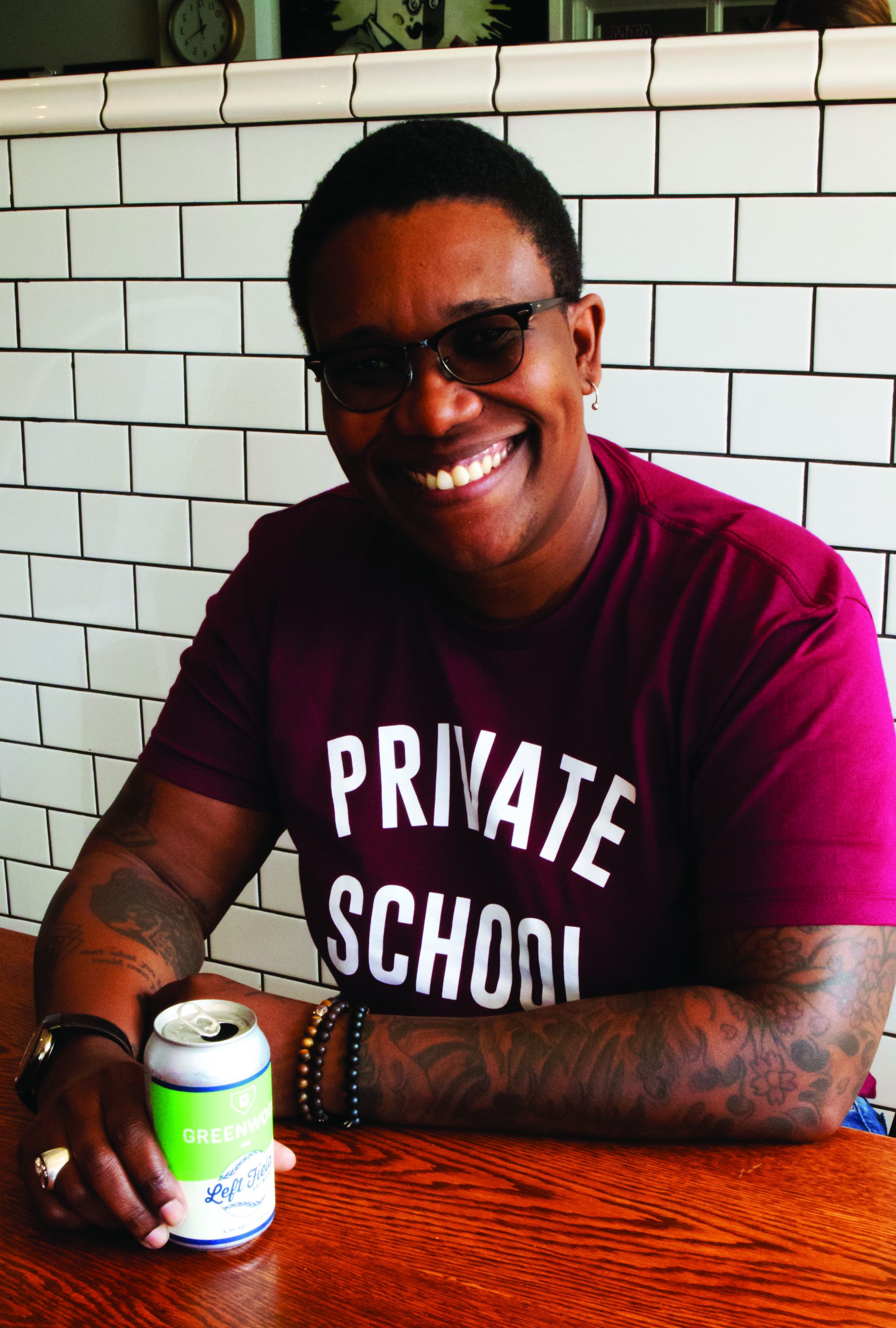 Now, Ren is being booked to speak at various breweries, restaurants and colleges, in addition to appearing on both TV and podcasts, about beer and diversity.

“When you look at craft beer, it’s really white and it’s really male. Women are starting to get in there, but it’s white women, too. When I go into a bar, and I look around, everyone’s there … it’s like, why aren’t you represented in the people who make the beer?” she explained.

“[My push with the website] is that it’s a conversation. It’s not just me showing up yelling at people that you need more people of colour, you need more women, you need more queer [people]. Let’s just talk about it.”

Navarro recalled a time when she spoke at a collage about how to make space for underrepresented groups in breweries. She said a male audience member explained that he allows space for those groups of people in his brewery, but they just don’t come. Navarro said this is a common misunderstanding when talking about beer and diversity.

She counteracted that statement with this analogy: “You guys are all invited to my house,” she said. “I’m not going to tell you where I live, but if you know where I live, I’ll pour you a beer when you get there.”

Navarro explained that promoting diversity at your brewery is simple: the onus is on you to tell people in approachable and subtle ways that they’re invited in.

“You can’t say I tried a thing, I got shot down, and now I can’t do it. We all fail in life. There’s a piece that everyone has that’s like, I could have done this better,” she said.

Navarro explained that when we approach issues as complex as diversity, a lot of people are more likely to not try because the fear of failing is stronger than the desire to be better. Instead of getting defensive when we make mistakes, we need to listen, own our downfalls, and try again.

“We need to get away from being so scared of stuff,” she said.

An approach to promoting diversity in the local beer scene that Navarro praised happens right here, at Kitchener-based Short Finger Brewing Co. They run a women’s only Beginners Guide to Homebrewing Class. Beer educator Kat Rogers leads this class which acts as a safe and comfortable space for women to learn how to brew together.

Navarro also promotes breaking down stereotypes we place on people of colour and how we assume the types of alcohol they must like.

“I think that what we need to remember is that it’s not just white people who like alcohol,” she said.

“You can’t just keep having white guys selling the beer.”

Moving forward, Navarro hopes to keep the conversation going by booking more talks. In “typical Ren fashion,” she’s still keeping busy while working at Rhythm and Brews in Cambridge, as well as doing beer consulting for Mercer Hall in Stratford and Butchies in Whitby.

“Right now, my goal is to start a conversation. A lot of people have asked me, “how do with fix this,” or “how do we make it better,” and I’m like, I don’t have answers on fixing it, I think making it better is talking about it and saying we understand that the system is inherently broken in a lot of ways,” she said.

“What my end goal is, is to actually have people be like, I don’t want to book you anymore for things because everything is fine and you’re boring. I want there to be a bunch of people of colour being like, move over old lady, we’ve got this.”

Navarro’s next talk is booked for July 6 at Black Creek Community Farm in Toronto, but if you can’t make that, you’re bound to bump into her somewhere that sells (good) beer in the Region.