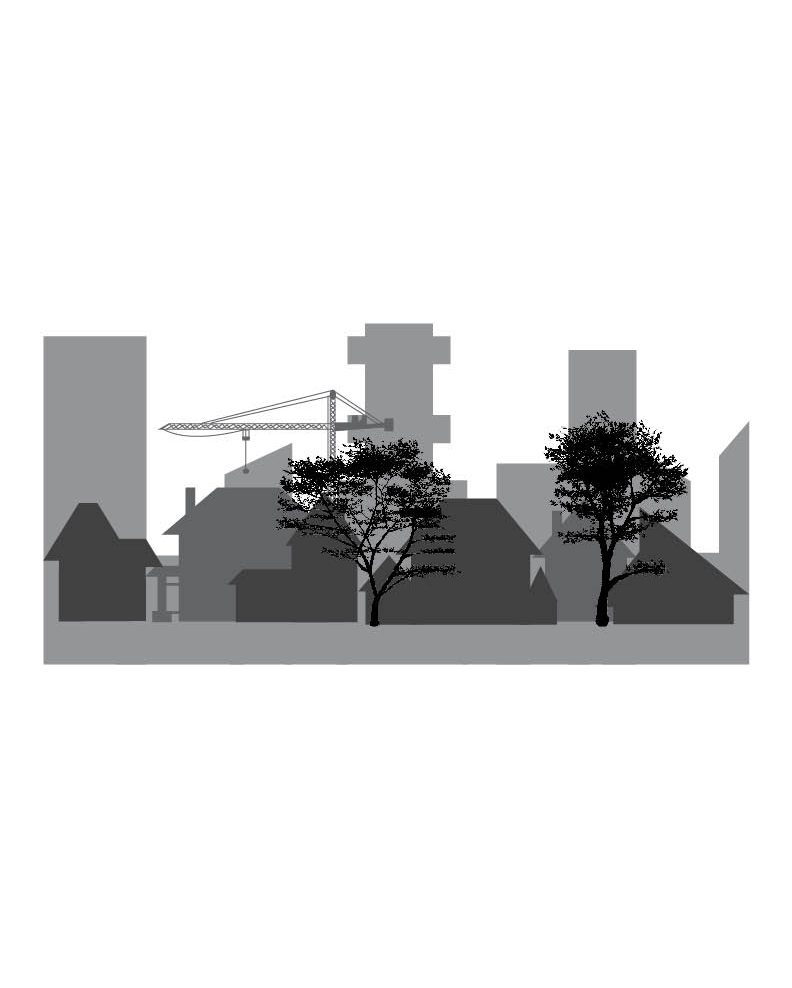 Housing crunch: Inside the struggle for Waterloo’s real estate

Walk down King Street as it stretches across Waterloo. From Uptown to past the universities, the horizon is dotted with apartment buildings, cranes and sites for future projects.

“From a developers point of view, five years ago there were a few people who were putting up new builds.” Benajmin Bach is a real estate agent at Cushman & Wakefield. For the last few years he has blogged about the changing Waterloo real estate scene at benjaminbach.com. “In the last few years — probably going back to 2009 — a lot more groups have been involved [in putting up new builds].”

The phrase “changing landscape” isn’t just a metaphor for the changing real estate scene in Waterloo. The landscape is literally changing. The town is getting taller and small landlords are beginning to feel the push. In digging down into real estate, The Cord found that the forces at play are hungry for the growing class of renters that don’t seem to stop coming — students — and lacking the only thing they need to accommodate them: land.

In the 2011 update to the Student Accommodation Study (the City’s looksee into where students are living), the City of Waterloo estimated that student numbers would rise by 1,000 every year. This didn’t account for grad students (Wilfrid Laurier University Campus Master Plan predicts 4,000 more graduate students on campus by 2017). It also doesn’t mean 1,000 is a certainty. In 2010, University of Waterloo, WLU and the City of Waterloo predicted that 34,830 new students would arrive on campus. In actual fact, 38,985, did and of those students, 33,960 needed a place to sleep at night (For more facts and figures on the student housing boom, see pg. 2).

Jim Butler, vice president: finance and administration at WLU, estimates this year that the school was about 800 to 900 beds short for its freshman class. “We’re renting from the private sector,” he says, noting it was the only place where they could find the accommodation. It’s one of the factors that led to the school’s purchase of $59-million worth of real estate around the WLU campus. But the long-term goal is to turn the newly-acquired properties into university-zoned residences. “We’re losing money on [renting from the private sector],” added Butler.

Mike Milovick is another experienced Waterloo-based real estate agent. Over his 11-year career, he’s watched the market change dramatically. “All of a suddden we saw a big uptick in rent,” said Milovick. “Usually it was around $400 but it jumped about $65 to $75.” (For how much bang you get for your rental buck in Waterloo, click on to pg. 4). It’s not the only change.

Housing starts (the number of homes on which construction has started) fell in September all across Canada. Milovick thinks that in a few years, there will be zero in Waterloo. “Waterloo is out of employment and residential lands in the next three years.”

Smaller landlords now claim they are the ones feeling the brunt of this fight for land. Much of this anger has been directed at the rental housing licensing bylaw, which came into force this spring. “The city has made it so costly and onerous to be licensed, you have people willing to do it but now avoid doing so,” says Adam Hoffman, the owner of Hoffaco Property Management. Hoffman manages 83 properties, some of which fall under the new bylaw. “The impact on my portfolio has been an increased cost burden for the rental housing provider.”

He estimates that the rent increases on some of his properties is a difference of as little as $35 a month or as much as $200 a month, depending on how many upgrades had to be made to the property. To Hoffman, it’s clear who gets the advantage under the bylaw; the developers who are building high rises outside the grasp of the municipal legislation. “The smaller service provider is at disadvantage by having to provide additional fees the larger competitor doesn’t have to,” he said. “It’s like the City of Waterloo decided to pass legislation that benefits Starbucks at the expense of local coffeeshops.” (For some mythbusting of the rental housing licensing bylaw, turn to pg. 3).

Jeff Henry, city councillor for Ward 6, downplays any connection between the bylaw and large-scale residential development. “That’s a broader market forces matter that is entirely separate from rental housing,” he said, adding that he hadn’t seen any acceleration of the building trend. “That was happening from year to year and I would consider it to be separate from whether or not there is a bylaw.”

Yet, the City’s own statistics from the Student Accommodation Study seem to contradict Henry. In 2010 the amount of units under construction in Waterloo spiked at 1,474 — up from over 1,200 from the previous year. Meanwhile, the number of properties licensed as lodging houses — typically low rise buildings with shared facilities — has been steadily declining. In 2003 there were 139; in 2011 only 10 were. There are a number of factors that could account for this decline, one being a lack of property to even get licensed as a lodging house.

Yet the demand for housing continues unabated. “I believe [the vacancy rate] to be about 2.5 per cent in September,” says Milovick. The Canadian Housing and Mortgage and Housing Corporation says that a balanced market lies between three per cent and six per cent, which means Waterloo is teetering on the side of a shortage. New swanky residences like Luxe Waterloo are also creating demand for luxury apartments for student, which very well may price low-income families right out of the city (for our editors’ take on Waterloo’s urban future, see pg. 5).