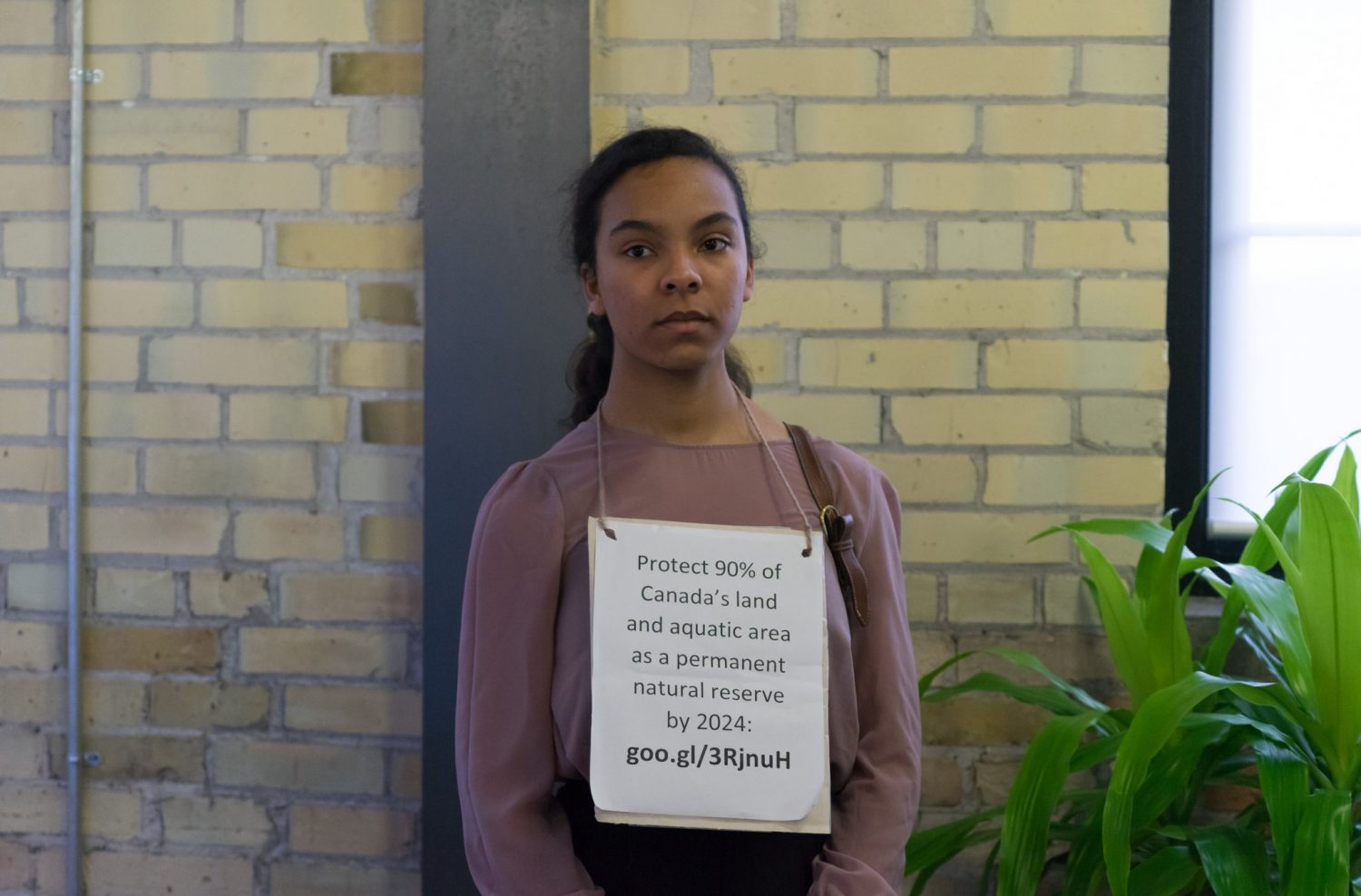 Just as teenagers in the United States rise up as a powerful force for gun control, a Kitchener teenager has launched a political action to address a crisis of another kind: climate change.

Niara van Gaalen, a 17-year-old student at Cameron Heights Collegiate Institute, is the mover behind a petition to the federal government that would see the creation of Nature Bonds, a financial instrument to allow ordinary Canadians to bankroll the government’s efforts to transition to an economy of net-zero carbon by 2024 and to protect 90 per cent of the country’s land and aquatic area as a permanent natural reserve.

Like war bonds (sometimes known as victory bonds) created by the Canadian government during the First and Second World Wars to raise funds for the massive costs of going to war, Nature Bonds would be an alternative financial investment — essentially, loans issued to the government through purchase of the bonds and repaid with interest after a set number of years.

“Right now there is no way to raise money that allows the public to participate directly, and I think if people are able to invest money in their own communities, and see the change that it brings, that’s a much better way to involve them than simply having the government spend [our tax dollars],” said van Gaalen.

But her push for Nature Bonds is about more than involving people in the democratic process; it’s also about meeting what van Gaalen sees as the urgent need for more money to be spent on addressing climate change solutions. Referring to Canada’s much-lauded commitment to keeping global temperature increases to no more than 2 degrees Celsius over preindustrial levels, through its signing of the 2015 Paris Agreement, van Gaalen said, “The amount of money the government is spending right now is far from sufficient, and though it’s more than the previous government invested, it simply won’t suffice for the changes we need to see.” 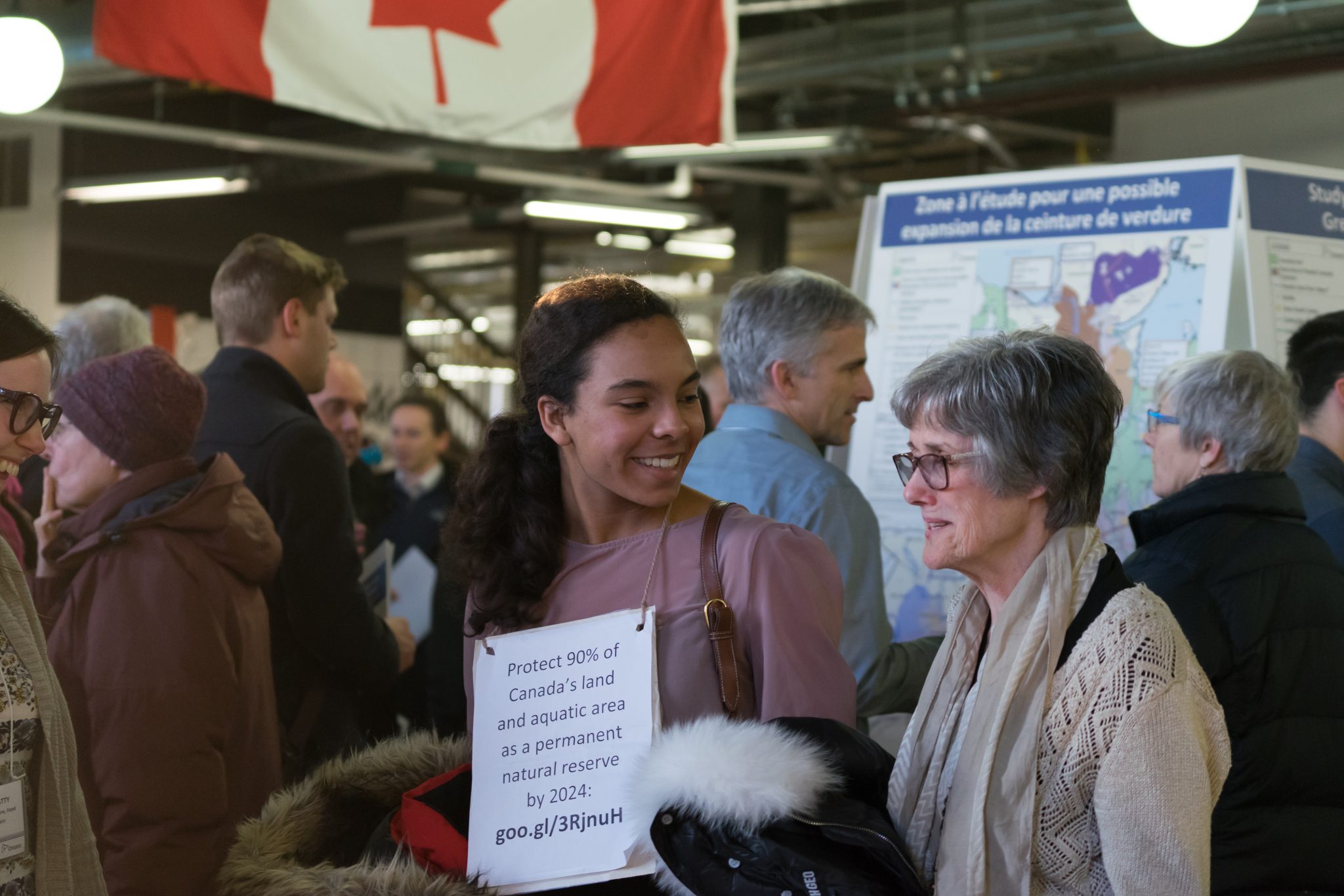 Raj Saini, MP for Kitchener Centre and the official sponsor of van Gaalen’s petition, has high praise for the teenager’s ambitious proposal.

“I’m a huge fan of Niara. I think she’s a rising star. In August 2016, when a climate policy conversation was held at Kitchener City Hall, she made a fantastic speech and really impressed me. I wanted to support her in her advocacy.”

Saini believes the petition is an important conversation starter, even if some of the petition’s goals (such as preserving 90 per cent of Canada’s land and water as a permanent natural reserve) might be “too much” for this government.

“[Acknowledging that] we [the federal government] are committed to keeping the 2-degree rise in global temperatures; Canada has committed itself to that goal,” Saini said, citing some of the ways to achieve that goal. “There has to be a price on carbon in order to change behaviour and we have to incentivize investment in renewable forms of energy.”

Saini calls climate action a win-win-win situation. “In this government, we realize that the environment and the economy can go hand-in-hand. If we invest in the environment, it will be good for our economy, and for society. Everybody wins.”

To van Gaalen and others her age who fear the possibly catastrophic future effects of climate change, the challenge may seem more existentially threatening, and less like an economic opportunity.

“The real return on investment in this case,” she has written, “is preserving the earth for future generations.”

Van Gaalen is committed to working from a position of determined hope.

“I advocate for the environment only because I have no intention of letting the beautiful world in which we live get destroyed because we failed to act. Climate change and the destruction of the biosphere have dire consequences that may be irreparable.”

With almost eerie echoes of what America’s youth are saying about the threat that gun violence poses to them, van Gaalen stated: “I have skin in the game. I will live to see the consequences of whatever happens. I talk to other people my age and as much as we have hope for the future, we also feel a great disappointment in the older generations who weren’t proactive about dealing with this. And it’s now on our shoulders and we wonder: Will it be too late?”

At least 500 signatures are needed for the Nature Bonds petition to be presented to Parliament. All citizens and residents of Canada are eligible to sign, and the petition closes for signatures on March 23, 2018.