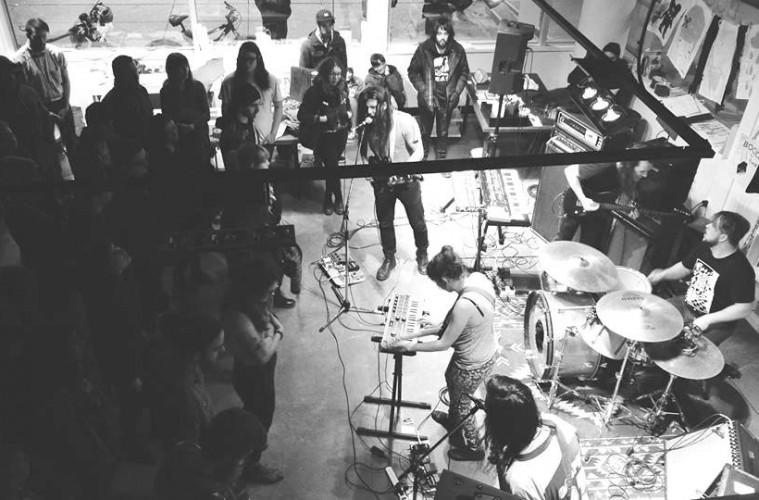 Friendzoning: Fun Without the Fedoras

If you’re like me, you’ve recently become aware of a flurry of art events and shows popping up in Kitchener-Waterloo under the headline “FRIENDZONE Presents…” I recently spoke to Natalie Pace, who created Friendzone, a new KW art collective, with Zach Fowler and Daniel Rolf.

The philosophy behind Friendzone’s art, events and activism is what sets them apart, and the collective’s name says a lot about the group. With their name, Friendzone aims to take something usually used to do harm and use it instead to do good. The term “friendzone” has been criticized for being used to describe situations in which people, typically women, have refused the sexual or romantic advances of people they would have previously considered friends. The term guilts women for their right to say “no” while also devaluing platonic friendships.

The Friendzone folks are diametrically opposed to this kind of attitude and aim to provide all attendees and participating artists with safety, inclusion and respect, regardless of gender and sexuality—they have reclaimed the misogynistic term to subvert it. It also works to reclaim the innocence of the term, as the group aims to provide a fun, welcoming atmosphere where everyone is friends!

The collective, about two months old, has already done a lot. Their punk/horror Valentine’s Day party had music by Beige and Child Leash, and a screening of Torin Langen’s short film “Malleus Maleficarum.” Other shows at Open Sesame and The Button Factory have included Burrows, Esther Grey, Beatrix and I Smell Blood, among others.

Friendzone aims to foster local DIY art by continuing to throw live shows, hold workshops (such as their recent one about patch-making), and provide resources for artists. Throughout the month of March they offered free recording time to musicians, poets and noise artists, the results of which they will release as a compilation.

According to Pace, she, Fowler and Rolf each have “unique backgrounds in music, the arts and show promotion” that they contribute to produce their events, but they prioritize inclusivity and encourage community collaboration in everything they do. They held an open meeting in February to determine what DIY artists and audiences want to see from Friendzone.

“We want everybody to be able to enjoy Friendzone’s events. In addition to our own efforts to promote safety and inclusivity, our events are supported by PEARS (Positivity, Empathy, Accountability, Resources, Safety),” says Pace. This means that there are designated, identifiable support people present at Friendzone’s events who are available to anyone “in need of a pal or experiencing a conflict.”

An upcoming Friendzone event called “More Mosh, Less Macho” is an “unconjoined two-day hardcore fest,” and is centred around changing the traditionally masculine and exclusionary atmosphere of the hardcore scene. The fest takes place at Open Sesame, downtown Kitchener, on April 21 and 26.

As a collective, Friendzone is young, and their dedication to community engagement belies the young ages of the co-creators. But perhaps their youth is what makes this collective such an exciting addition to the KW art scene. Friendzone is new, fresh, and offering something different to KW. They are, and they cater to, anti-establishment cultural producers who resist mainstream aesthetics and modes of production, and seem to be doing so with hearts of gold. They are conscious of the barriers that often make art inaccessible, and aim to dismantle them to bring weird and joyful art to everyone.

Pace emphasized that interested folks should look them up and get in touch at friendzonecollective@gmail.com.