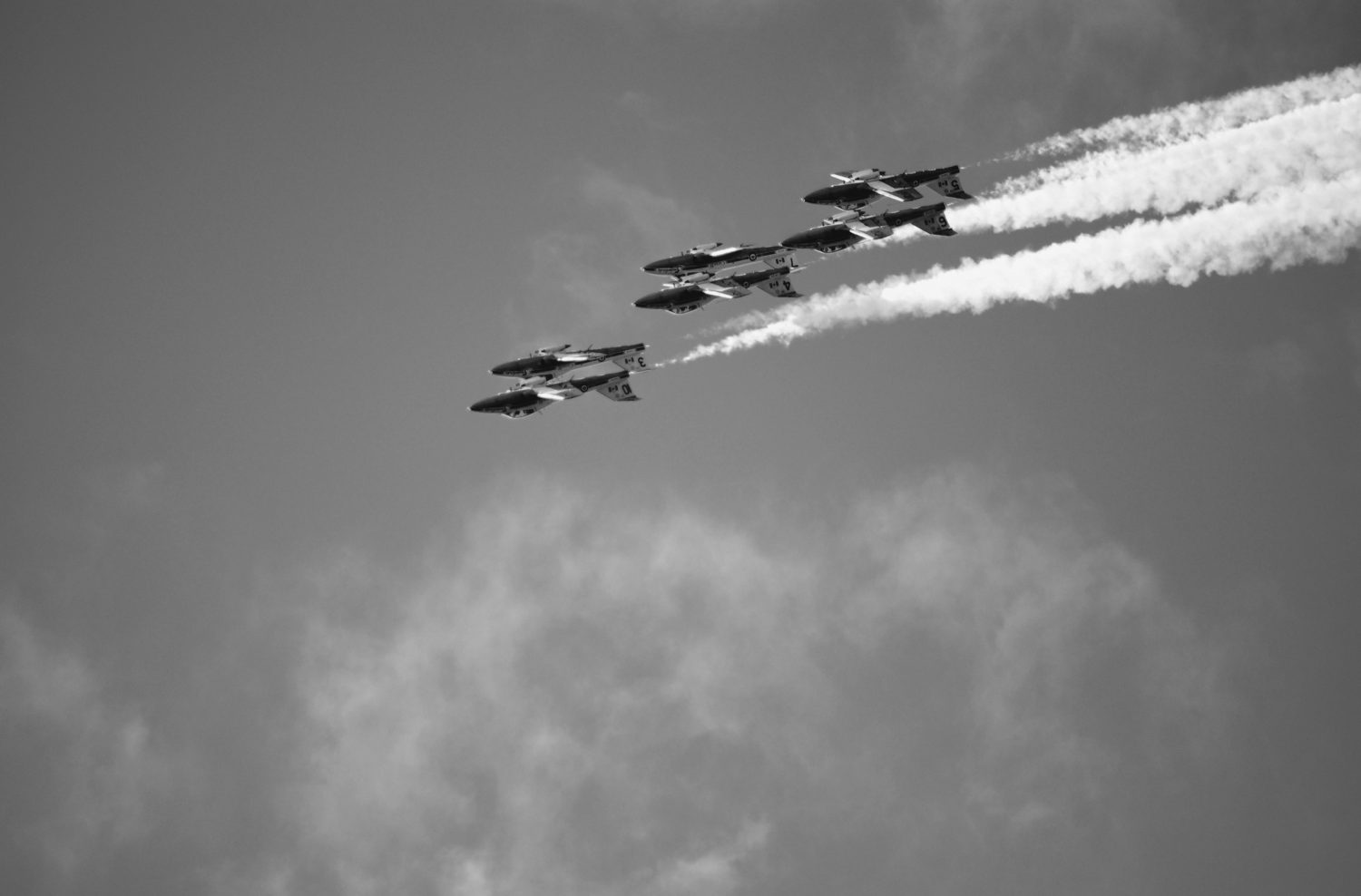 Two years of poor weather has reduced attendance at the Waterloo Air Show and left the organizers $350,000 in the red.

David White and Richard Cooper will decide in December if they will continue to produce the show that is scheduled to be held at the Waterloo Region International Airport on June 1 and 2, 2013.

White said in an interview that they will approach Waterloo Region in November to see if they can get some additional sponsorship on top of the $25,000 the Region has already committed. They will also be contacting provincial and federal government agencies looking for grants.

“You can do everything in the best way possible but if you have bad weather then it doesn’t matter,” White said.

However, White said he thinks the people of Waterloo Region do enjoy the event because, even with a rainy weekend in 2012, 5,000 people paid admission to attend.

White and Cooper met while working on the Toronto Air Show and took over producing the Waterloo Air Show in 2011. Prior to that it had been run by the Waterloo-Wellington Flight Centre for two years.

While both White and Cooper work in other industries full-time, they created a company called Waterloo Air Show Inc. to run the show.

“It’s great for the community and it highlights one of the Region’s greatest assets,” he said, referring to the airport.

White said he and Cooper want to keep the show going.

If they can secure some additional funding from the Region and other levels of government, or find sponsors who are willing to help with funds, the show will go on in June.

“We don’t have a desire to make money,” White said. “We’d just like to see it break even.”

“And we really need a break with the weather,” he added.