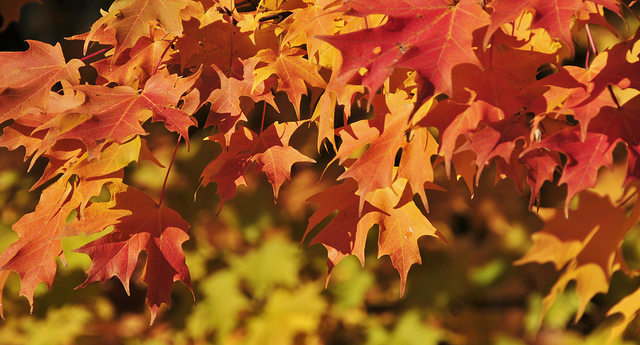 Counting votes is not like counting apples or loose change. There are many ways to aggregate our sporadic expressions of political affinity, and many Canadians argue that because our current voting system is not proportional it is unfair, and runs against the basic principles of representative democracy.

We choose representatives because our communities are big and complicated, and we so rarely consider the reasons for representation that it now seems self-evident that we must choose professionals to rule us, instead of us ourselves.

We choose those representatives by voting, because we can’t in the first place agree who should do the ruling, and because counting ballots appears the most peaceful way to agree to disagree.

Campaigning last year, now Prime Minister Justin Trudeau promised to scrap Canada’s first past the post electoral system, should that system find him victorious. First past the post is a phrase borrowed from horse-racing, where one horse wins and all the other horses lose. Do you remember Sham? Sham lost twice to Secretariat, both times by 2 ½ lengths, in the more famous horse’s 1973 Triple Crown winning season. Sham died alone by heart attack in the green fields of Kentucky.

Our current voting system sends one person from each riding across the country to Parliament. That MP need not win a majority of the votes, just more than any of her competitors. So it is that in the last election Brigitte Sansoucy became the New Democratic Party member of Parliament for Quebec’s Saint-Hyacinthe—Bagot riding with 28.5 per cent of the vote. René Vincelette (who won 27.55 per cent of that riding’s popular vote), Michel Filion (24.28 per cent) and Réjean Léveillé (16.73 per cent) all went home empty handed, leaving the people who voted for them to hope that Sansoucy will fairly represent them in Ottawa.

A recent Broadbent Institute report wonders, “What if we imagined an election not as a horse race to be won or lost by one candidate or party, but as a pie to be divided?” I heard different versions of this question at a “Party Rally for Proportional Representation” organized by the Waterloo Region Green Party on September 17.

The forty plus rally attendees – a self-selected group, to be sure – seemed to agree that first past the post does not create a properly representative Parliament, because per cent of popular vote does not translate to per cent of seats. This especially punishes smaller parties who have voters in every riding, just not enough to win any one riding.

Organizer Julia Gogoleva says the Greens are advocating for proportional representation because it would “simply make our voting system fair.” She is the financial agent of the Green Party’s Waterloo Electoral District Association.

Because there is no throw-away vote in a proportional system – each ballot counts towards the size of each party’s pie – advocates also argue that proportional representation could boost voter turnout. Nearly 69 per cent of eligible Canadians voted in last year’s federal election, which means that about eight million eligible voters decided not to go to the polls.

There are different ways to accomplish the goal of proportional representation, and part of the Kitchener rally involved small-groups brainstorming about how to implement a new system.

Many at the rally seemed hopeful for change.

“Trudeau could’ve stopped this process early, but it started grassroots and made its way to caucus and became a key promise,” says Sharon Somerville, who co-chairs the board of the Fair Vote Canada Waterloo Region Chapter, and sits on the board of the Liberal Party’s Waterloo Electoral District Association. Indeed, the Prime Minister has established a Special Committee on Electoral Reform to study “viable alternative voting systems” and seek citizen input across the country.

Shannon Purves-Smith says she is taking federal promises seriously because “of events like this,” which are indirectly connected to Trudeau’s election promise and the ongoing consultative process. Purves-Smith is a local resident, and smiling-but-serious about democracy.

Others at the rally cautioned that electoral reform is necessary but not sufficient for deepening democracy in Canada, and that proportional representation is no silver bullet. For example, says Purves-Smith, “politics is what’s happening in this room, not just about who gets to be in House of Commons.”

And yet other criticisms I heard seemed simply to be criticisms of representative democracy. One person representing many is hard and imperfect and tends to exclude – especially those who lack the interest or time or political resources to advocate for themselves. Proportional representation could improve this, and people like Purves-Smith could finally, “before [they] die, [have] an opportunity to vote for and elect a Green Party candidate.” But still, many or most of us will not always get to vote for the eventual Prime Minister.

There’s also the issue of who gets on the ballot in the first place, and how. In addition to proportional representation, the political theorist Melissa Williams argues that trust is the foundation of democratic accountability. She points out how individuals and communities, if they are to feel represented, must trust at least some of the available representatives and the institutions they represent. Black Lives Matter and Idle No More, among many other social movements, highlight their communities’ systematic exclusion from and betrayal by our formal political institutions. From this perspective, real representation must mean more than changing how we count votes.

In her opening remarks at the rally, Somerville reiterated that “Trudeau is looking for broad support for change.” It’s up to people to organize and to make demands of their representatives, to be political animals that create the kinds of communities they desire.