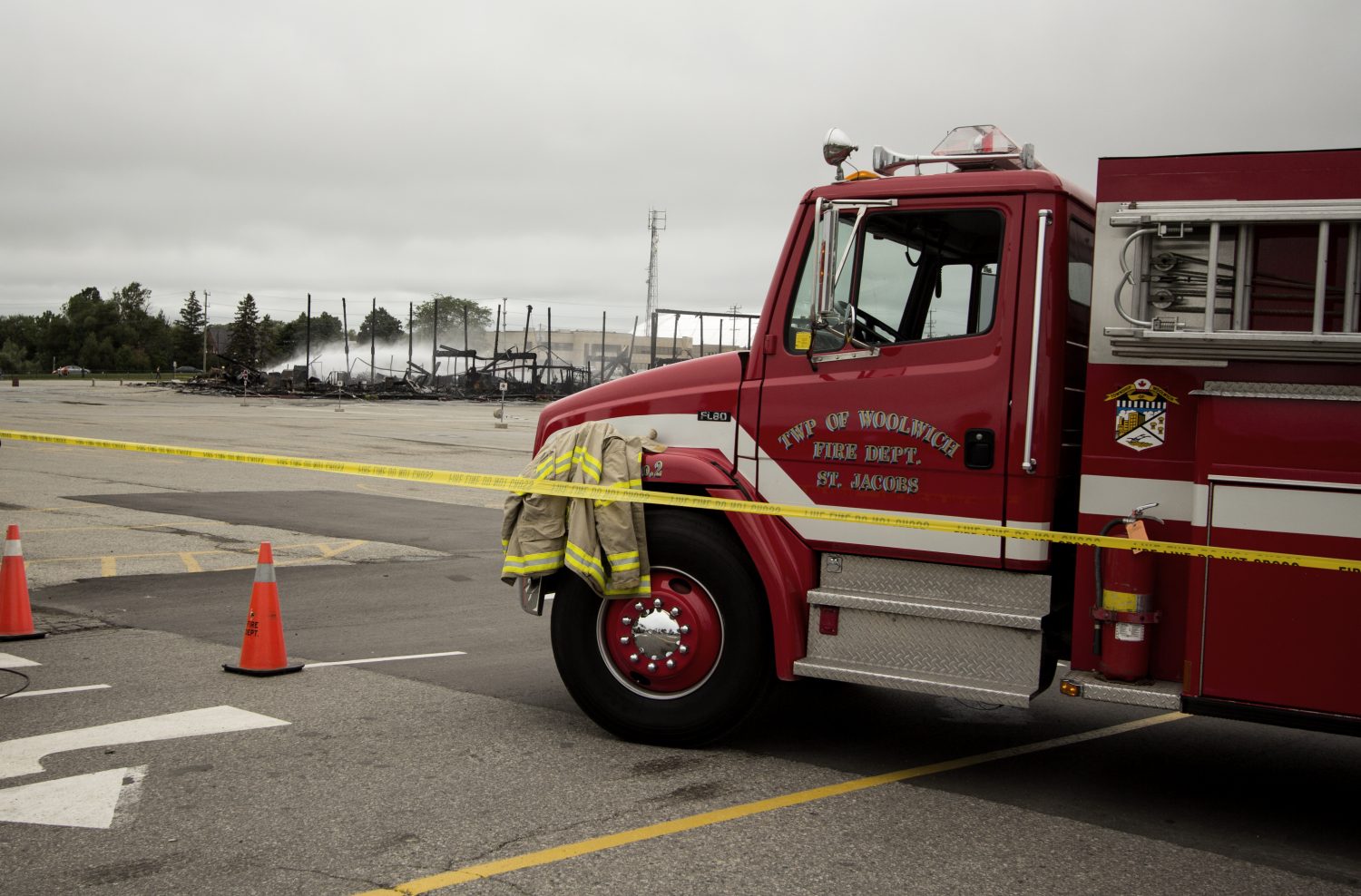 Fire fighters attend to a fire that began at St. Jacob’s Farmers’ Market early this morning (Photo by Heather Davidson)

Community members are in shock over an early morning fire that has left St. Jacobs Farmers’ Market in ruin. Woolwich Fire Department responded to the fire this morning around 1:45am, finding one of the market’s main buildings engulfed in flames. Fire Chief Rick Pedersen addressed the public and media at a news conference this afternoon but was unable to comment on the cause of the blaze.

“We attended the scene in about five or 6 minutes and realized that it (the fire) was fully involved through the roof at that time,” Pedersen shared. “We had four stations and about forty-five fighters on scene all night. Most of the work was trying to protect exposure to the other buildings.”

The farmers’ market serves as an iconic landmark to Waterloo Region; onlookers were shocked and visibly upset over the destruction. “I go every Saturday,” said June Longworth, who lives very close to the market. Terri-Leigh Saunders was another member from the community who crowded along the edge of the closed road to witness the remains.

“I was really sad,” Saunders said. “I was just away with the military for two months and I just got back last week, the market was actually one of the first places I wanted to go. I think that the St. Jacobs Market itself and the village is such an important part of the community, so I think it’s going to affect a lot of people, families and generations.”

Pedersen has estimated that the fire has caused well over $1 million in damages.