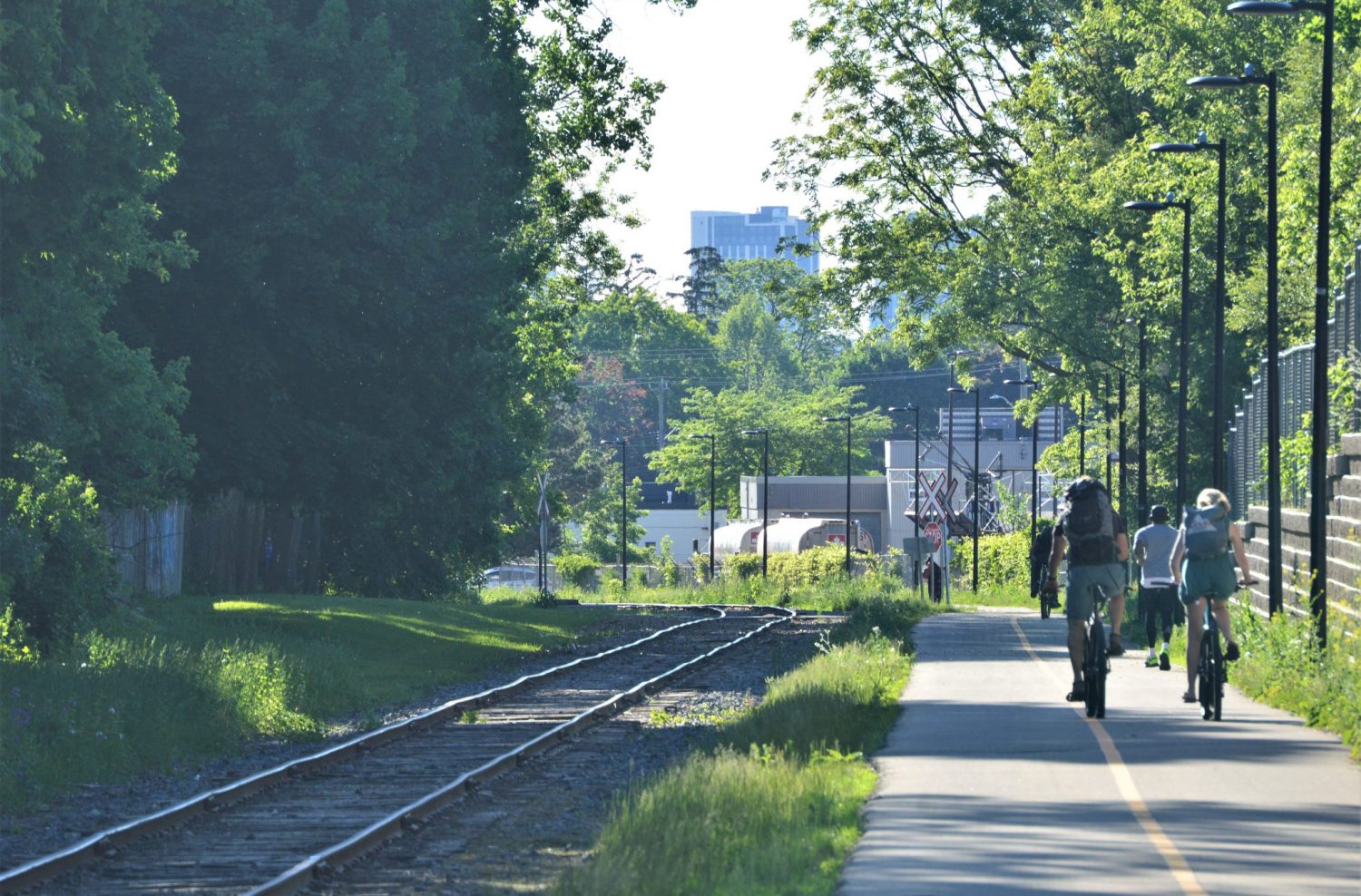 In Waterloo Region, Cycle WR is a newly formed advocacy group that aims to advocate for better cycling and biking in the Region. This sounds simple enough, but according to Cycle WR’s chair, Emily Slofstra, it is not always as simple as it seems.

“There is so many things that [we] can tackle at municipal, provincial and federal levels to make cycling better,” Slofstra said. “It starts with making sure that roads and trails are safe; for having the minimum amount of cycling infrastructure needed to get from point A to point B safely, without having to go far out of your way.”

Cycle WR’s founding group is made up of individuals who love cycling and want to see more people in Waterloo Region choose cycling because it can be a safe, fun and convenient method of transportation.

As a nursing student at Conestoga College, Slofstra can often be found biking between classes, meetings and placements, all across Waterloo Region.

“It was faster for me to bike from Fairview Mall to uptown Waterloo than it would have been for me to bus,” Solfstra said.

“Cycle WR started because of conversations that were happening on Twitter,” Slofstra explained. “There were a lot of conversations about biking happening in the Region and it was just the same things over and over again. So a friend of mine and I got tired and started this group because we need an actual advocacy group. All the cities [in Canada] that have made major changes towards being safer for cycling have an advocacy group like this. And we didn’t have one so it was about time.”

According to a 2016 report conducted by the City of Kitchener, 41 per cent of cyclists rarely felt safe riding on the road, while 98 per cent felt safest riding on trails.

“The best way to get more people on bikes and to get more municipal support for cycling is to advocate for better infrastructure,” Slofstra said. “We are not saying that every person has to get out of their car and start biking and I think that’s a huge misconception. We are not asking everyone to leave their cars behind. But let’s see how we can make [cycling] safer for the person who might want to try it.”

Each municipality has their own plans for cycling infrastructure, but in a region where lines often cross, Slofstra and Cycle WR would like to see more of a vision across the board.

“If we can map out [the gaps] then we can show municipalities and the Region that something needs to be done. So we can help to fill those gaps,” Slofstra said.

Cyclists and non-cyclists alike are encouraged to join Cycle WR in advocating for better cycling infrastructure in Waterloo Region.

“Everybody knows that biking is good for you and it is better for cities, we just have to get there.”