Coworking spaces for creatives are taking off in Waterloo Region, as the newly redesigned 44 Gaukel recently opened in downtown Kitchener and the Kitchener Public Library has unveiled their vision for Studio Central.

ArtsBuild Ontario and the Accelerator Centre aim to create new connections between arts and technology at 44 Gaukel. The combined tech and arts space features affordable rehearsal and office space for local artists, and hardware lab space for tech startups.

“It was great fit [for ArtsBuild] to be engaged on the ground level and support the needs in the community,” says Lindsay Golds, executive director of ArtsBuild Ontario. “It provides our arts space with the needed admin space and it also provides affordable rehearsal space for artists in the region.”

The idea of coworking isn’t new. Organizations where groups of people share resources and space exist across the country in many different forms. 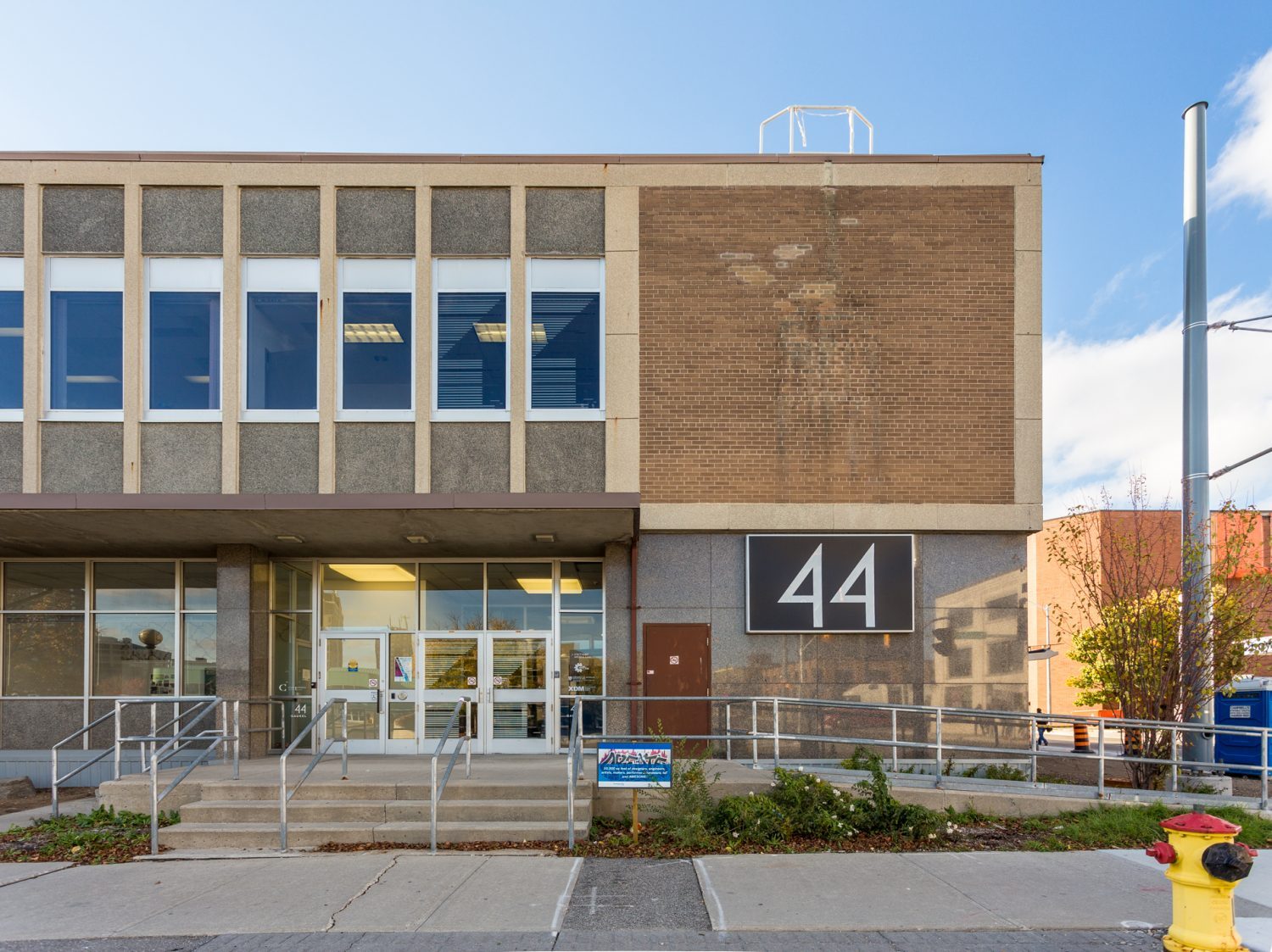 “[44 Gaukel] might be a more affordable option for these organizations, which is especially relevant in the arts or non-profit sectors. Sharing the cost of the expensive printer, the internet, and other shared services goes a long way when you exist on very little revenue,” says Golds.

ArtsBuild hopes to run cross-programming between the tech and the arts sectors within the building, and to build connections between these groups.

“A lot of the companies with the Accelerator Centre are at the point where they are building prototypes and we have a lot of organizations that do photography or film. That’s the most obvious intersect,” explains Golds.

“The other intersections may not be as obvious, but when you are in an environment, or on the same floor as other people, seeing them everyday and talking, there are more opportunities to realize where those connections may be had or where there are commonalities. Otherwise, these organizations probably wouldn’t hear each other’s names,” says Golds.

Kitchener Public Library’s Studio Central promises another area for coworking creatives in the region, but with an emphasis on making technology more accessible. Imagine entering an innovative media studio, with space for audio and video recording, game development, virtual reality, 3D printing, broadcasting and programming – and not paying for it. Studio Central will be an expansion of the current digital media lab on the Central Library’s main level. The vision for the space is a place to experiment, explore, learn, record, edit, and share your story with the world. 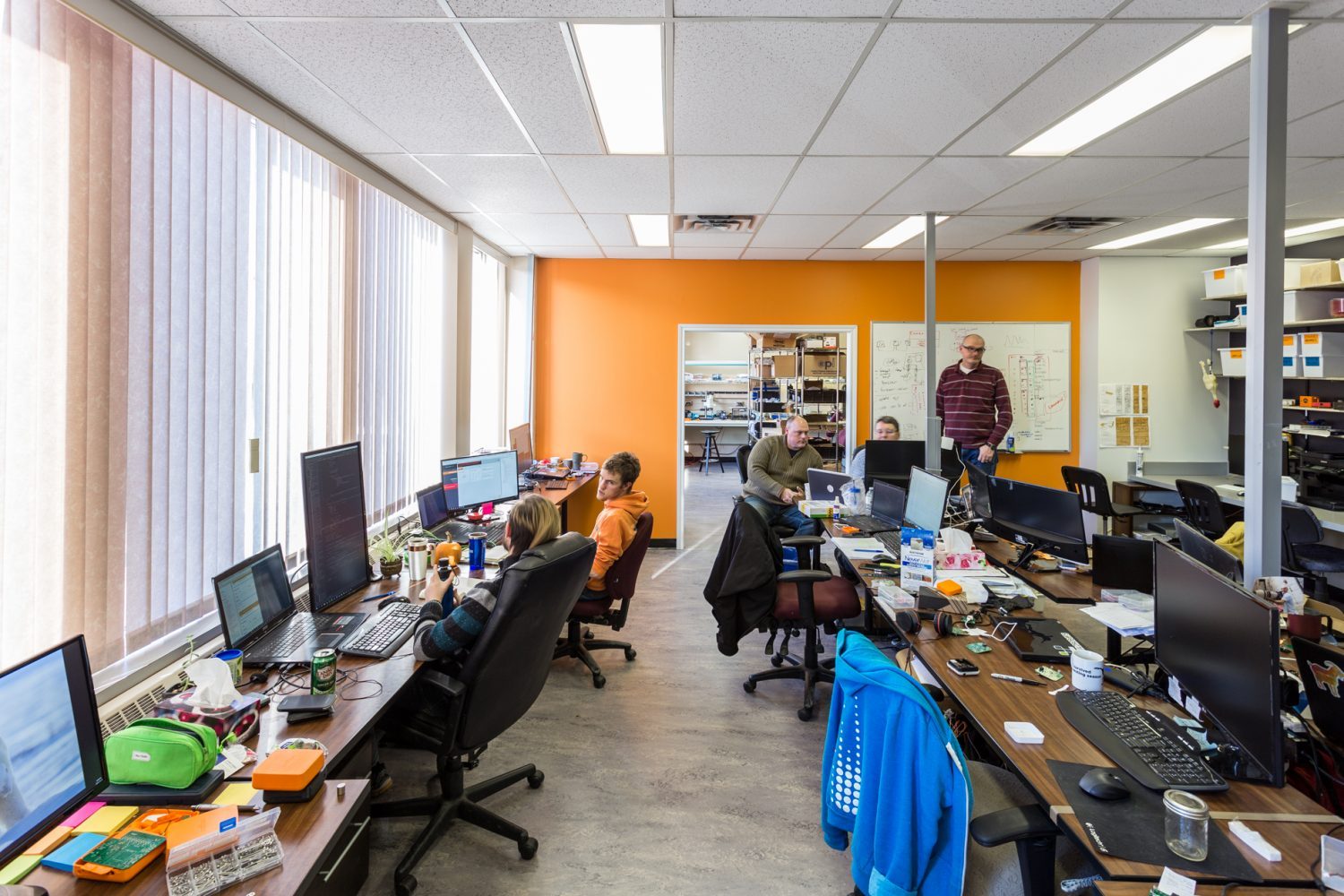 Part of the motivation for Studio Central is to expand the KPL’s work and place in the community. Today’s libraries are not just places for consuming content, but creating it.

“Libraries have always been associated with literacy, and in the information age, literacy has evolved into digital literacy. Digital media is how we communicate, how we conduct business, and how we both create and consume our entertainment,” says Bob Egan, manager of community connections and development at KPL.

It’s clear at KPL’s central branch that the library has been working on closing the digital literacy gap. 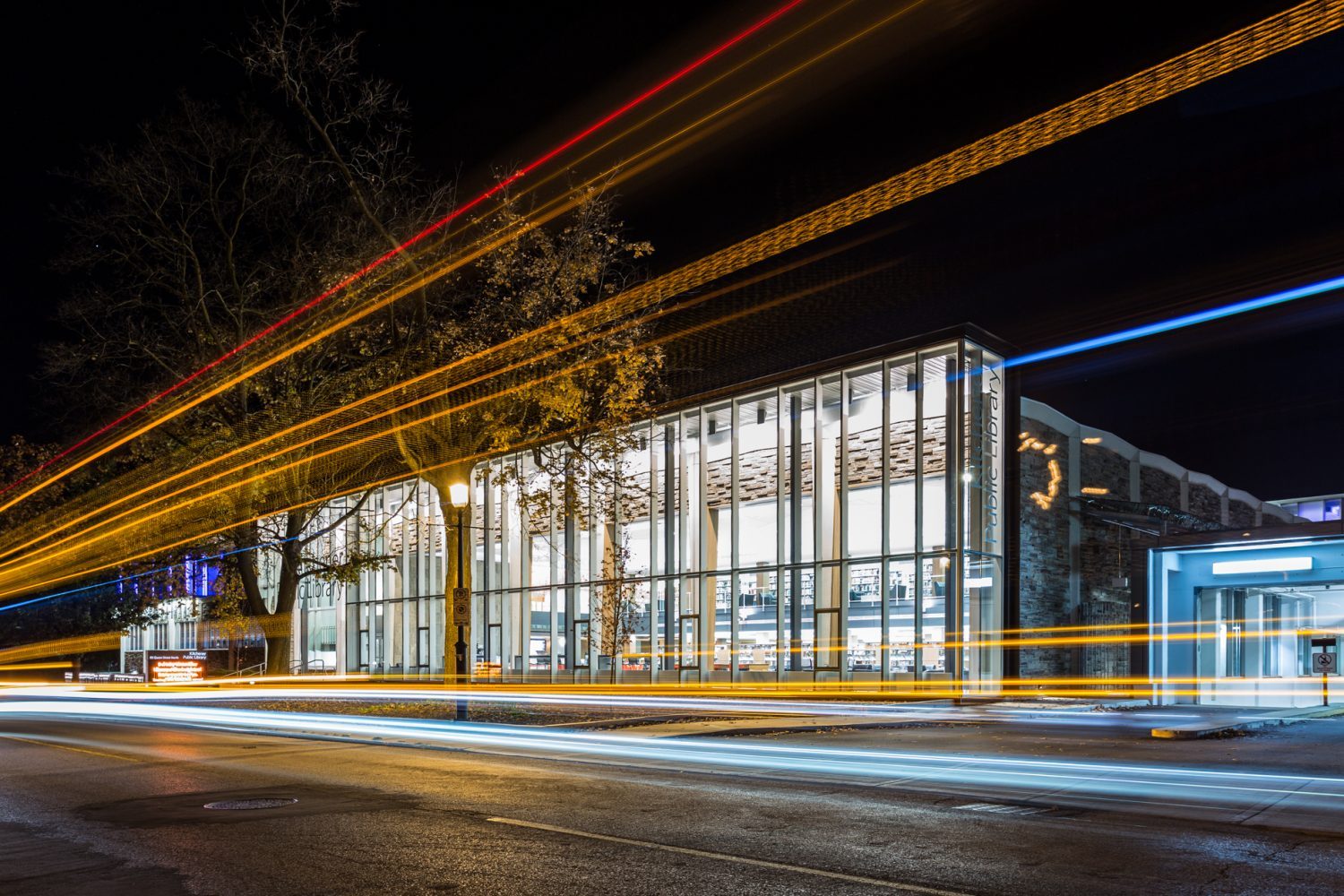 “Our vision for Studio Central is a place that has the appropriate programming to create this opportunity for all members of society to get hands-on experience with the tools of the 21st century,” says Egan.

Party in the Stacks, held October 26 at the library, served as a kick off party and fundraiser for Studio Central.

“[Party in the Stacks] will hopefully be the first of many exciting events like this in the library because I think it speaks to what libraries are in our communities today: a community gathering point. They are places of information, of trusted knowledge, of innovation,” says Kitchener mayor Berry Vrbanovic.

At the event, keynote speaker Gerry Remer spoke to the importance of this initiative for the community.

“We still have a digital divide in Canada and in Waterloo Region between those who have access to the internet and digital technologies […] and those who don’t,” says Remer. These initiatives are a step in the right direction.