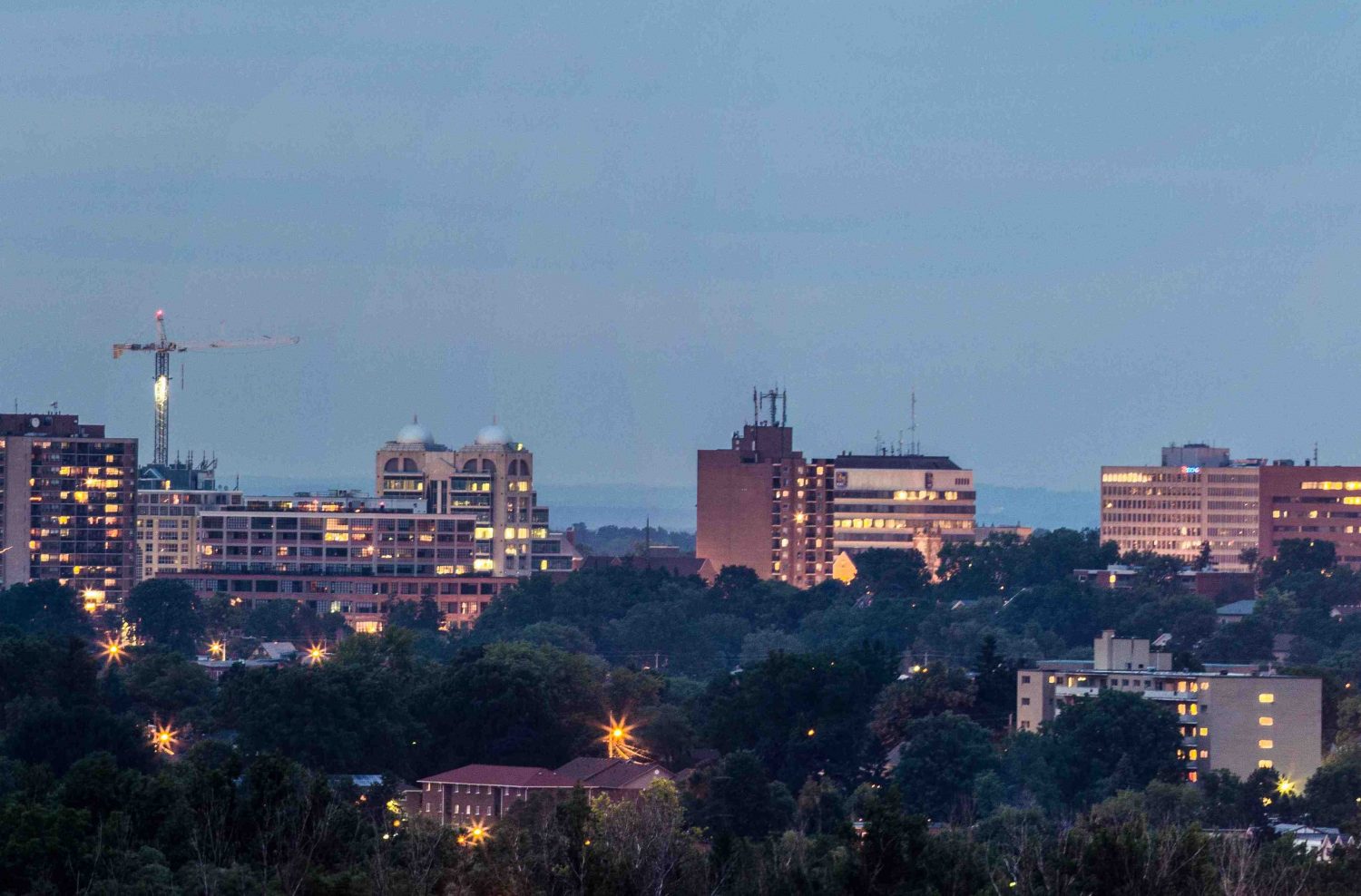 With Kitchener’s down- town intensification plan now in

motion, Cory Bluhm hopes the most populous city in Waterloo Region one day becomes just as recognizable as Boston or San Francisco.

“I think for us it’s really about getting downtown Kitchener to a place to be one of the premier downtowns in North America, at least as a mid-sized cities go,” said Bluhm, Kitchener’s manager of downtown development.

Kitchener, a once dominant manufacturing, blue-collar town, had to shift its emphasis to different industries after a lot of companies decided to outsource their work to across the province or countries. As a result, Kitchener, similarly to its neighbouring city Waterloo, became a hub for technology, business, health sciences and digital media.

It’s a change that’s been so far ten years in the making, said Bluhm.

“So, really right now I would say we are in the second stage [of the plan], trying to leverage all of the spin-off growth that is coming from the first ten years,” he explained, adding that the city invested $110 million a decade ago to jumpstart the development.

The incoming LRT system will also be a significant contributing factor to the intensification of the city and the region as a whole.

More recently, the region was recognized at the 2014 National Urban Design Awards for their development plans of the transit hub at Victoria and King and the areas along the ION rail lines and stops.

It’ll make it easier for those who don’t have a car to live the city as well, Bluhm added.

The challenge now is making sure that businesses and, more importantly, people stay in downtown Kitchener. Bluhm noted that many businesses could be easily lured to other parts of Canada, such as Toronto, or to even larger cities in the United States.

“It brings that full life to the downtown core. It’s more than just people who are here to work from 9-to-5,” said Kayleigh Platz, the community relations manager at Communitech and an avid local blogger. “Intensification brings in living, food, dining, restaurants, retail — it makes a great reason to be a part of this area rather than just float in and out.”

But with intensification brings the somewhat inevitable shift to gentrification — the main argument against building up Kitchener’s core. If the rent for both businesses and residential areas spike, then it would be in- creasingly difficult for families of lower eco- nomic status to live comfortably in the city.

The critics haven’t been too silent either. In June, protesters set up a ‘”tent city” in Victoria Park to contest the transformation to gentrification, citing the decrease of available social housing in the area.

“I think the kind of gentrification we’re seeing is on very small scale. Are some houses that used to be rooming houses being turned into single-family homes? Yes. Are rent prices rising — office and retail? Yes,” said Bluhm, while noting that the city is far from the situation Toronto is experiencing.

“We’re cautious of it and we want to make sure that we maintain the integrity of the vibe or the kind of community that we’re building now,” he added.

It’s these kinds of discussions that helps build a stronger community, explained Platz.

“I think it’s on everyone’s minds be- cause it helps create an environment that we all want,” she said. “The debates and the criticism, to me, open a lot more doors for discussion.”

While he noted there is no timeline for the project to be fully completed, Bluhm is opti- mistic that Kitchener is on the right track. A lot of cities are intensifying their cores — the Ontario government has put measures in place to limit urban sprawl — but Kitchener isn’t in any rush. Nor can it be.

“We won’t see instant intensification like Toronto can see it. There is so much more demand in those bigger cities,” said Bluhm. “So for us it’s about maintaining a slower, steadier pace, and sort of keeping our eyes on the long term goals.”