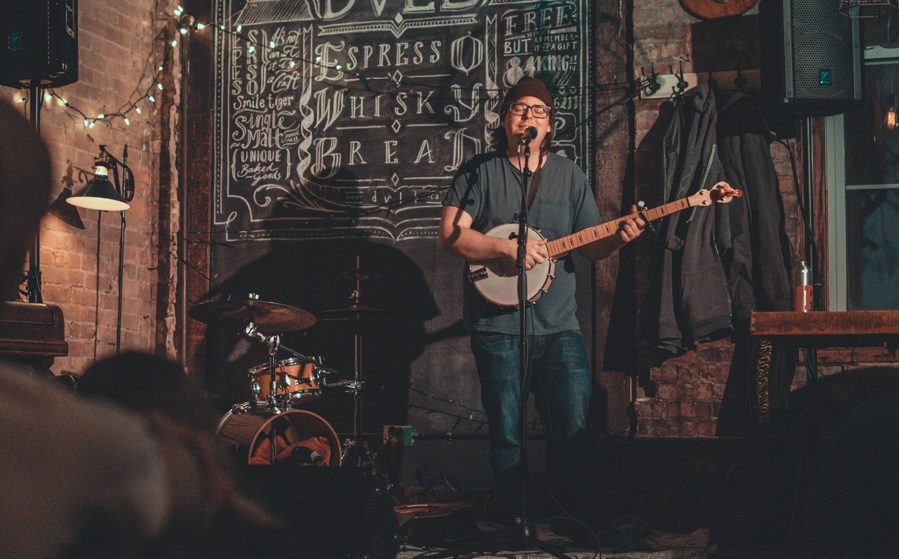 “I had a show the week of the lockdown,” Kyle Wappler explained. “Two days after that show was when shit hit the fan.”

Wappler is a talent buyer and promoter behind local production company Have Hope. Since the beginning of the lockdown, day-to-day operations have changed drastically for Wappler as they have for many others.

“I remember watching Live Nation lose $1.8 billion in stock, nothing was shut down yet,” he continued. “Up until then it was like, ‘just keep going until you are told not to’.”

The massive drop in stock price at Live Nation made waves throughout the music industry, serving as a stark indicator of what would unfold over the coming weeks and months.

“All of the sudden I was getting message after message from agents saying, ‘we have to cancel this show,’ or, ‘we have to postpone’,” he added. “That’s when everything hit the states and then instantly after it was the same here.”

Local singer-songwriter Richard Garvey was preparing to embark on a cross country tour when the World Health Organization released an announcement characterizing COVID-19 as a pandemic. Following the announcement, Garvey saw a string of tour dates stretching as far as August cancelled en masse.

“I probably had like 50 shows cancelled between March, April, May and June,” Garvey said. “It’s just a big life change for me.”

Garvey has spent the last five or six summers on the road cultivating connections across the nation, but 2020 felt like somewhat of a breakout year for the folk singer and community organizer based out of Kitchener.

“Some of the gigs are the product of several years of relationship building with different festival directors and communities,” he said. “I probably put in three or four hundred emails to book those shows for the summer.”

For Garvey, the first step towards coping with such a massive change was accepting the reality of the situation.

“It was hard to … let go of my expectations and surrender to the greater good of staying home,” he explained. “Overall, I’m in a really positive space right now in my head and in my body, I’m just trying to build a routine for self-care.”

As for rebooking his tour, Garvey currently has his sights set as far as summer 2021, but much of that is contingent on how things play out with venues and promoters over the next several months.

“We’re all just kind of booking with the hopes that things go back to normal,” he added, emphasizing the fact that we may be faced with a ‘new normal’ on the other side of the COVID-19 pandemic.

“80 per cent of tickets are gone and they are saying this is what concerts are going to look like,” he explained. “I think you are going to see huge line-ups, hand-washing stations at the door.”

Drastic changes to live-music consumption aside, Wappler remains eager to see which direction musicians take when it comes to virtual content, noting that the desire for fan interaction is at an all-time high.

“It’s interesting at the very least to see where it’s all going,” Wappler said. “It’s Napster and streaming all over again,” he joked.

The shifting landscape has opened the door for innovation and many people are stepping up to the plate to serve the public and their entertainment needs.

“I was talking with [Guelph-based promoters] Nik Wever [of Guelph and Area Independent New (GAIN) Music] and Rick Hall [of Kronik Noise Productions] and we are trying to see if we can make one of those drive-in theatre concerts happen,” Wappler shared.

Other Canadian bands are going in this direction as well. For example, July Talk announced live performances from the comfort and safety of your car at a yet-to-be announced venue near Toronto this summer.

While promoters brainstorm creative new ways to help us consume the live music we oh-so-desperately need, artists have been empowered to take efforts into their own hands by hosting live stream concerts for their fans and followers.

The increased interest in live stream performances is what led GAIN Music to launch Stay Home Fest, according to director of operations Nik Wever. Stay Home Fest has worked to compile a wide range of live streamed concerts hosted by artists around the region.

“We just jumped right on board and launched the Stay Home Fest page at the start of April,” Wever said. “We were seeing a lot of live streams popping up and we knew that was an avenue that we were already looking at.”

Wever explained how the pandemic hit when GAIN Music was already at a time of transition, noting that it has only served to push progress in that regard.

“It was already kind of in the transition for us and oddly enough [COVID-19] has pushed it a little bit quicker,” he said. “We’ve now got a new website up and the live streams have been flowing from there.”

While artists and promoters tweak their operations for digital markets, Nathan Murray of Cambridge based record label No Funeral has embraced the idea of doing porch-drops for physical purchases.

“We made a bit of money off gigs; hosting them and also selling records at shows, which we obviously can’t do [at the moment],” Murray explained.

“I’ve had a couple people reach out to me about buying records and they just e-transfer me money and then we go drop records on their porch,” he added. “It puts money back in so I can keep doing stuff.”

Apart from the lack of a live music setting to promote sales and the increased shipping costs associated with physical production, Murray explained that — thanks to support from fans — day-to-day operations for No Funeral have remained full speed ahead.

While we collectively deal with the changes handed to us by COVID-19, it is important to recognize the impact that fan support will have on the future health of the local music scene. If you were ever going to pick up some merch, buy some music online, or share your favourite local band with your friends, now is the time to do it.

Hell, I’m sure you’ve heard this enough times, but Bandcamp has been waiving their fees on a regular basis to encourage sales. The site said that it would continue to do so for the first Friday of the next three months. That includes June 5 and July 3. Rest assured in knowing that artists appreciate the support now more than ever.

Ultimately, as Wappler described, COVID-19 has served up a chance for many to go back to the drawing board.

“It gives us an opportunity to think about how we can move into the future and create something new,” he said. “[and] as with any community, struggle brings you closer.”

“I can’t wait to see the energy at shows,” he concluded. “The second you take the lid off, it’s going to boil over.”