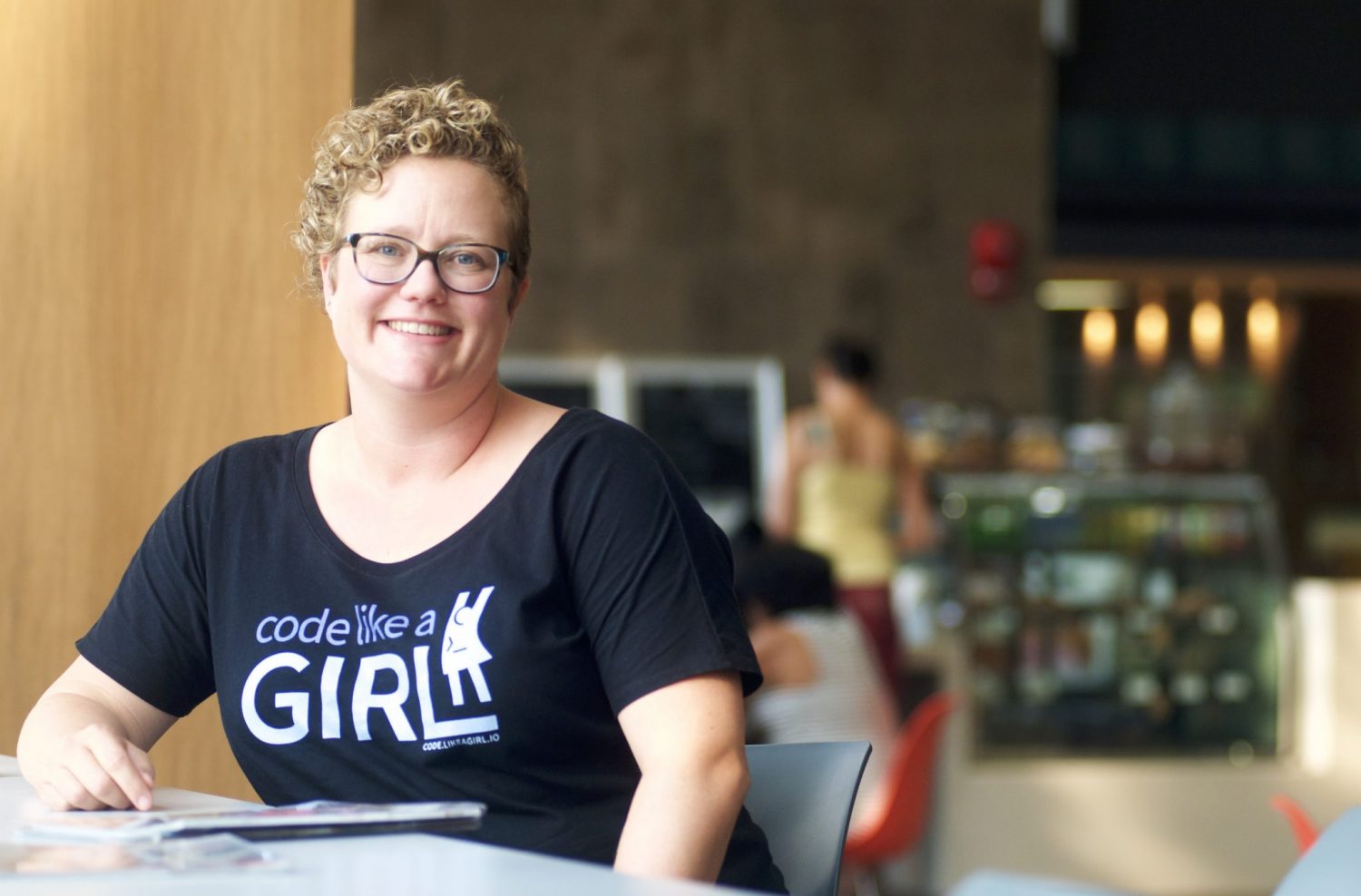 Code Like a Girl Creates Space For Women In Tech

Dinah Davis is the change she wants to see in the world.

She started Code Like A Girl as a side-project publication on Medium for women in tech in 2015, while also being vice president of research and development at Arctic Wolf.

“I didn’t see a way to change society without doing it one conversation at a time, or one article at a time,” she said. “You have to show people what it’s like so that they really get it.”

I sat down with her to learn more about her journey creating Code Like A Girl and the struggles women and girls face in the tech industry that she would like to see addressed.

“It’s not just about changing perceptions of women in technology anymore, it’s also about creating a community for women where allies are welcome so they can learn and figure out what to do with the community. It’s also for parents and teachers to teach their kids how to code,” she said.

“The problem is less conscious bias and more unconscious bias. They’ve shown lots of studies where teachers show bias towards boys being good at math and not helping the girls as much. There’s still a lot of that that exists, but it is getting better.”

Overall Davis has been striving to change perceptions, but her main goal is to create a community where women feel safe and supported. Code Like A Girl has become a social enterprise, providing girls and women with the confidence, tools, knowledge and support to enter and flourish in the world of coding.

The costs of running the publication are covered by monthly funding through Patreon — a crowdfunding platform typically used by artists.

“So right now, we have about $1,100 a month in support, which is not a lot, but it covers some and allowed me to upgrade a few of the tools that we use to edit, publish and share on social media,” Davis said.

“I was able to hire a social media manager for five hours a week. That is a huge thing, and really exciting, because I was starting to have to spend more time than I wanted on social media, which is really important.”

I was curious about the demographics for their Medium publication and what the percentages of female to male readers were.

“The reality is there’s a ton of guys out there that want to support women, and who want their daughters to have a better future.”

Prior to our meeting, I actually posted one of her articles on my Slack channel while working at a Y Combinator Startup. It was an article written by a male ally who runs a weekly post about what you can do as an ally to help. One of the guys who saw my post was a supervisor for a female dev coop at my company. He actually thanked me for how much that helped him with mentorship.

Back when Dinah Davis first started Code Like A Girl she was blogging all on her own and struggled to find a publication on Medium to publish her work.

“Women in tech publications were very picky about what they would accept, so I decided I could just create my own publication. What would be better than my voice but hundreds of voices?” she said.

“I thought: I’ll amplify those voices and that’ll affect bigger change than just my voice trying to make people change.”

So that’s what Davis did. Code Like A Girl went from zero followers to 10,000 followers in the first year. They are around 36,000 now and growing.

I asked Davis what she sees for the future of the publication.

“I want to support women and young girls to have a better future,” she said, “and sharing stories — that’s what it’s all about!”