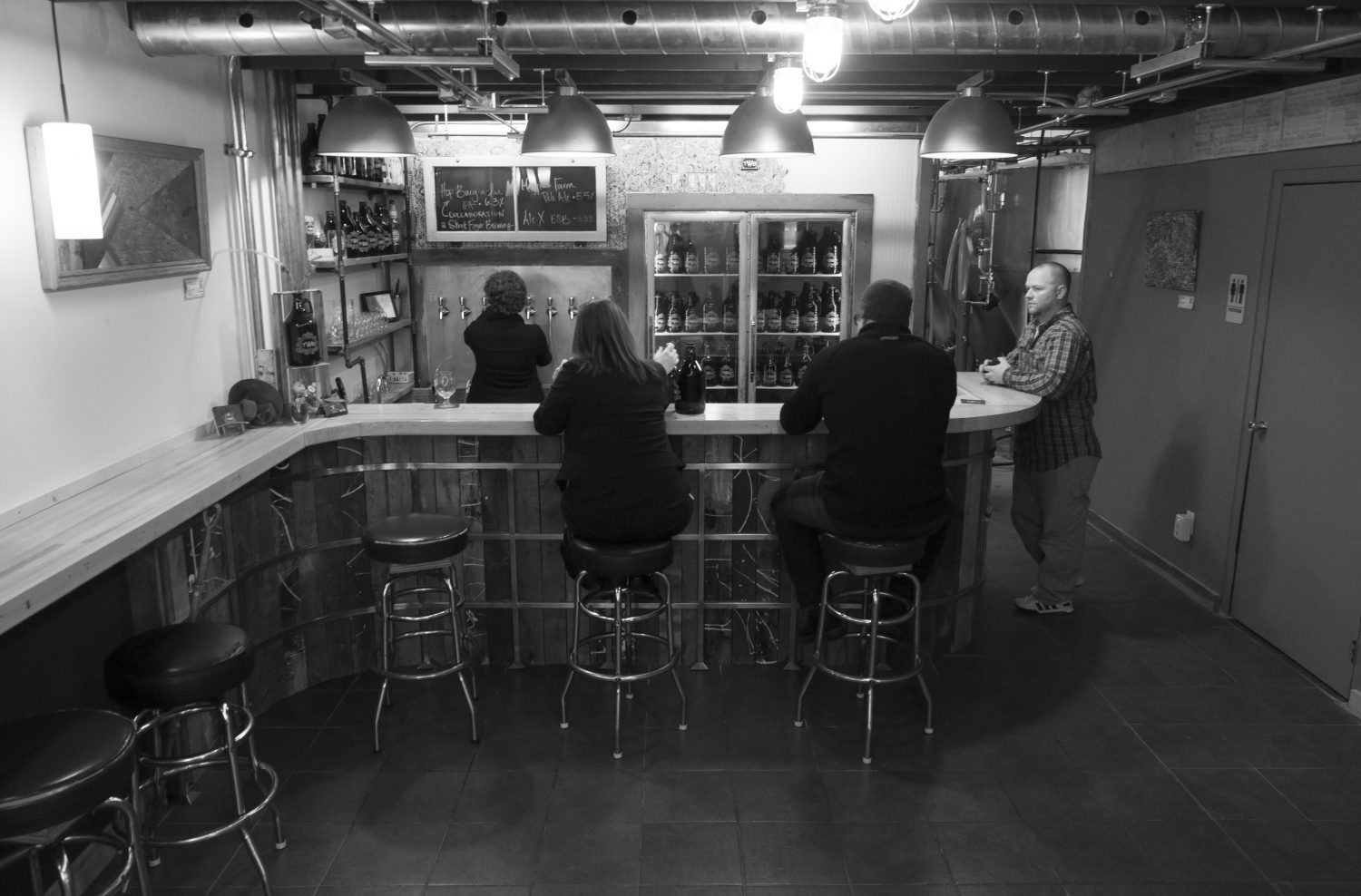 Does a brewery need a boss? Does a housing complex need a landlord? Will people make nice things if there’s no profit to be made? No, no and no, according to the worker/owners I spoke with at some of the region’s co-operative enterprises. Their co-operative work demonstrates that we can eat, drink and sleep well — and produce the same — outside of traditional profit-driven organization structures.

“In many ways, cooperative structures are a return to (ancient) cultural norms,” says Steve Izma, operations coordinator of the Ebytown Food Co-Op in Kitchener.

In some cases, co-operatives are also based on a more or less explicit rejection of modern capitalist ideas about working and living together. Culum Canally, one of six worker/owners at the Together We’re Bitter Co-op, describes their work as an alternative to the “discourse on entrepreneurialism” that dominates thinking around what businesses are and should be.

“People often go into business because they want to be the next Bill Gates, and that is a farce,” Canally says. “None of us are going to be millionaires. We’re doing this because we want to make our community a better place.”

Izma points out that the idea of community members working together to find food and decide what to do with it dates back to hunter-gatherer societies.

The idea that those who do the work make decisions about the work underlies all co-operative enterprises, no matter their members’ other philosophies. Cooperatives are democratic, but as Izma says, that doesn’t mean that cooperative life is a series of votes and elections.

“We try to avoid voting as much as possible. We try to build consensus first, before ever having to vote. If you bring something to a vote, not everyone will agree with the decision” Izma says.

At the Ebytown Co-Op, members form a buyers club where they purchase grains and whole foods in bulk from local farmers. Members decide on who to buy from and what to buy. In the end, says Izma, members eat well and save money.

The Bread and Roses housing co-op is also in Kitchener. At Bread and Roses, residents do not have a landlord. Instead, “the members elect an eight member volunteer Board of Directors from amongst their neighbours,” says Scott Piatkowski, co-ordinator of the Bread and Roses housing co-op. According to Piatkowski, this structure allows members to experience a level of “self-determination, community mindedness and opportunities to know [their] neigbhours” that isn’t possible in a traditional landlord-tenant arrangement.

Bread and Roses does not seek to make a profit. Operations are intended to break even, and members have often voted to ensure that rent prices are linked to income. This allows their housing units to be accessible to people living is different socio-economic realities.

Food and shelter are key components to Maslov’s hierarchy of human needs. Beer-making is not, and yet humans apparently started brewing at least 5,000 years ago.

Together We’re Bitter has taken up this beautiful tradition. The brewing co-op in Kitchener is a “collective of people creating their own workspace that is more viable and liberating,” according to Canally.

The co-op’s resident brewer, plumber, electrician, marketing coordinator and front-staff workers each own an equal share of the business and have an equal say in decision-making.

Internally, Canally says the experience is great. He cites the team’s excellent communication and values as reasons why things have been going well. However, getting financing from banks was a major challenge.

Even credit unions can be conservative in their thinking around co-ops,” says Canally, who notes some irony, because, as he claims, co-ops are twice as likely as traditional companies to be in business ten years down the road.

TWB just opened, and so the co-op’s future remains to be seen. But, as Canally says,“we may not be doing it right, but at least we know we’re doing it ourselves.”