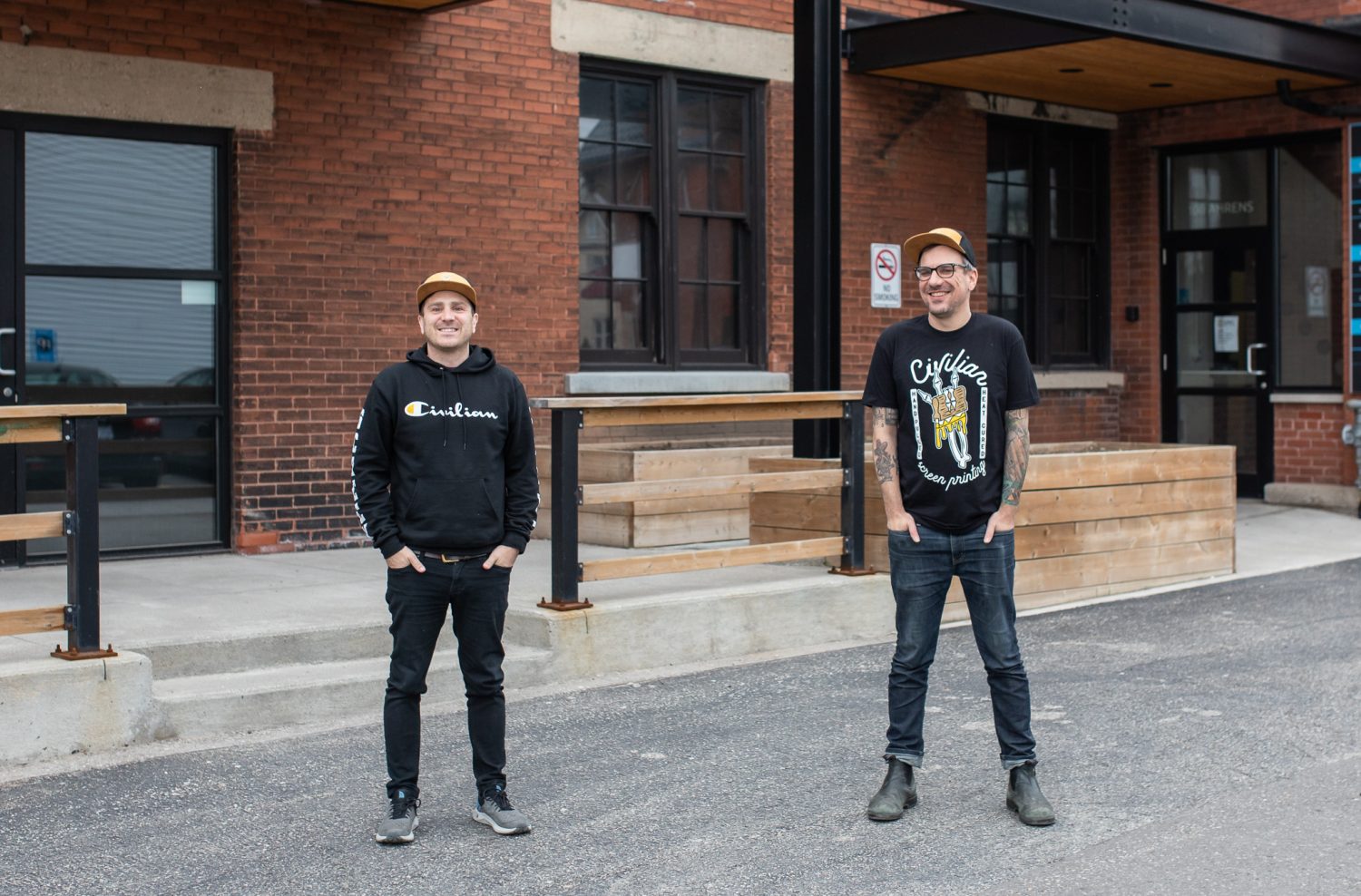 All around the world, COVID-19 has caused businesses both large and small to rethink their business strategy. In Kitchener-Waterloo, businesses are responding no differently.

Curt Crossman, owner of Civilian Screen Printing felt the blow of COVID-19 as his business saw an 80-90 per cent drop in revenue. As major tech conferences and concert tours announced cancellations, Civilian felt the blow too, as swag orders were subsequently cancelled.

“We’re very heavily dependent on events … if businesses aren’t making money and they’re closed, there isn’t really a drive to get swag from them,” Crossman said.

“We’re primarily a B2B business, so anyone relying on other businesses as clients don’t really have any jobs, themselves.”

As a result, Civilian laid off all employees except Crossman, himself, and Joe Zimmer, who manages sales.

“If it wasn’t for some of the government programs, it might not even be worth being open,” Crossman said.

In efforts to keep themselves busy, Crossman and Zimmer began workshopping ideas for ways to not only keep their business afloat, but to also engage with the local community. On April 1, Civilian launched the KW Awesome Small Business Initiative (kw-awesome.ca), an online shop that partners with local businesses to sell t-shirts with unique designs reflecting those businesses. For every t-shirt sold, $12.50 will go to the featured business and Civilian will keep the rest.

“We started talking to people we had existing relationships with,” Crossman said, explaining how this initiative took hold so quickly.

“It’s not even just a monetary thing … [the businesses involved] also get to be out there in the community, they get their name out there, so people aren’t forgetting these businesses.”

Most small businesses don’t have a designer on staff or the funds to pay a design team, so local digital marketing agency Him & Her has offered free design services to any small businesses looking to get a shirt up in the shop.

Initially, Him & Her was asked if they would like to make a t-shirt — which they did — but their involvement went beyond that initial scope.

“Small businesses have a place in Him & Her’s heart … we’re a small business, ourselves. We know how hard of a go it is to get started. One of the pillars of Him & Her’s brand is community … so, for us, our natural inclination was: how can we help?” Erin Martin, co-owner of Him & Her said.

The shop has almost 50 different styles of t-shirts available for purchase in partnership with businesses like Four All Ice Cream, Short Finger Brewing Co, Pin Up Arcade Bar and local designer, BRFC, to name a few.

Kitchener’s The Green Room Barbershop just opened its doors in December. To close so quickly after that initial open has been tough on the new business.

Zimmer, who is a client at the barbershop, reached out early to ask if The Green Room would be interested in having a shirt in the shop. Eddie Stannard, co-owner of The Green Room, said that getting involved with Civilian’s project was a no-brainer, as it was such a community-focused initiative.

“Because our workplace is [service-based], we didn’t really have any product to sell to make that extra income,” Stannard said.

“Our next best option was to sell gift cards, which is appreciated and awesome, but it’s not a great solution. Being able to offer somebody something like a t-shirt was awesome because they’re getting an immediate reward, and we’re not falling behind on our labour.”

The Green Room aside, Stannard said that this is a really great opportunity to get some limited edition merchandise from businesses that may not otherwise sell merch.

As for Civilian, they’ve been busy between bringing on new businesses, printing the shirts and delivering. Because of this initiative, they were able to hire back an employee that was previously laid off.

“[The response has been] overwhelmingly positive,” Crossman said. “Every single person we approached said yes. The community engagement has been really positive. It’s awesome. It’s really good to see the City come together like this.”