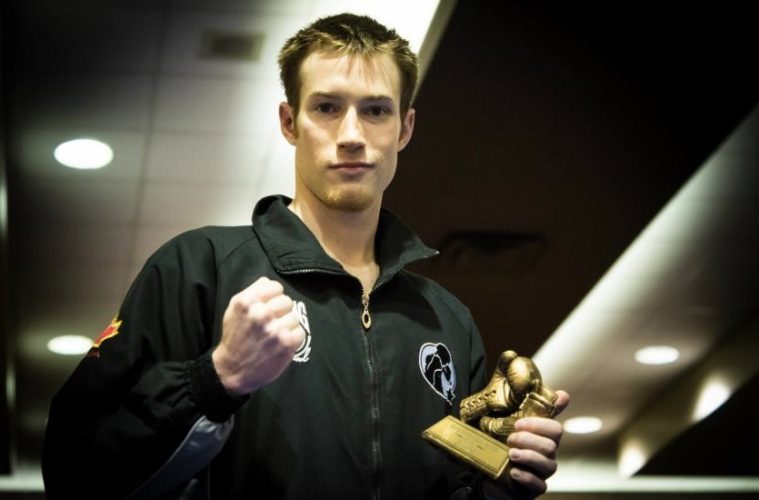 Local boxer Lucas Rowe plans on competing at the World Boxing Council’s National Championship, and he needs the community’s help to get there. • Courtesy lucas rowe

After 13 months away from the ring, Lucas Rowe found his nerves getting the best of him. At stake was the provincial championships, and the match was against an opponent who had beaten him twice before.

But Rowe, a seasoned boxer with many accolades under his belt, found strength in an unconventional strategy.
“My biggest thing is having a good time,” said Rowe. “You have to keep that mentality in the ring. I had a smile on my face the whole time.” That strategy helped him win.

Now, Rowe is gearing up for a run at the World Boxing Council’s National Championship and he’s counting on the support of the community to get him there. He’s starting an aggressive campaign seeking donations, not unlike the popular concept of crowdfunding, to pay for the high costs of competing at an elite level.

Rowe plans on paying back his supporters by becoming not just a boxing champion, but also a champion for the community.
“The idea is that I use the platform that I create in the community to transition into public awareness for all the social initiatives and not-for-profit stuff I do,” he added.

Fighting in a national or international championship can cost around $10,000. The cost is complicated by the fact Rowe can’t work while he trains. “I have to train for two months without working,” said Rowe. “It’s about 35 hours a week.”

Rowe believes his plan to raise funds by giving back to the community will be effective given his own background. When he moved to the region from Ottawa, he was, as he puts it, “a less than model citizen.” The support of mentors, including his boxing coach Syd Vanderpool, helped put him on a better path.

“[They] created a mental position for me to get the most out of my opportunities.” Since then, he has worked as a boxing coach mentoring youth like himself, has taught himself business and has become involved in various local charities like TEDxYouth and Leadership Waterloo Region.

It was while he was boxing that he had an epiphany of sorts. “Why am I spending all of my time developing and learning how to knock people down when I’m actually all about building people up?” he asked himself. “From that I thought I could use [my career] as a platform to create more growth in the community.”

Rowe plans on giving back by going on a speaking tour targeted at youth. Getting teens involved in the community is a passion of his, and he believes his experience can help make that happen. He and a friend are already creating a youth engagement organization.
Mentoring is something Rowe values immensely.

“Succeeding in front [of the boxers I coach] is important,” he said. “Showing them how to do it respectfully…it’s far more important than actually winning.”