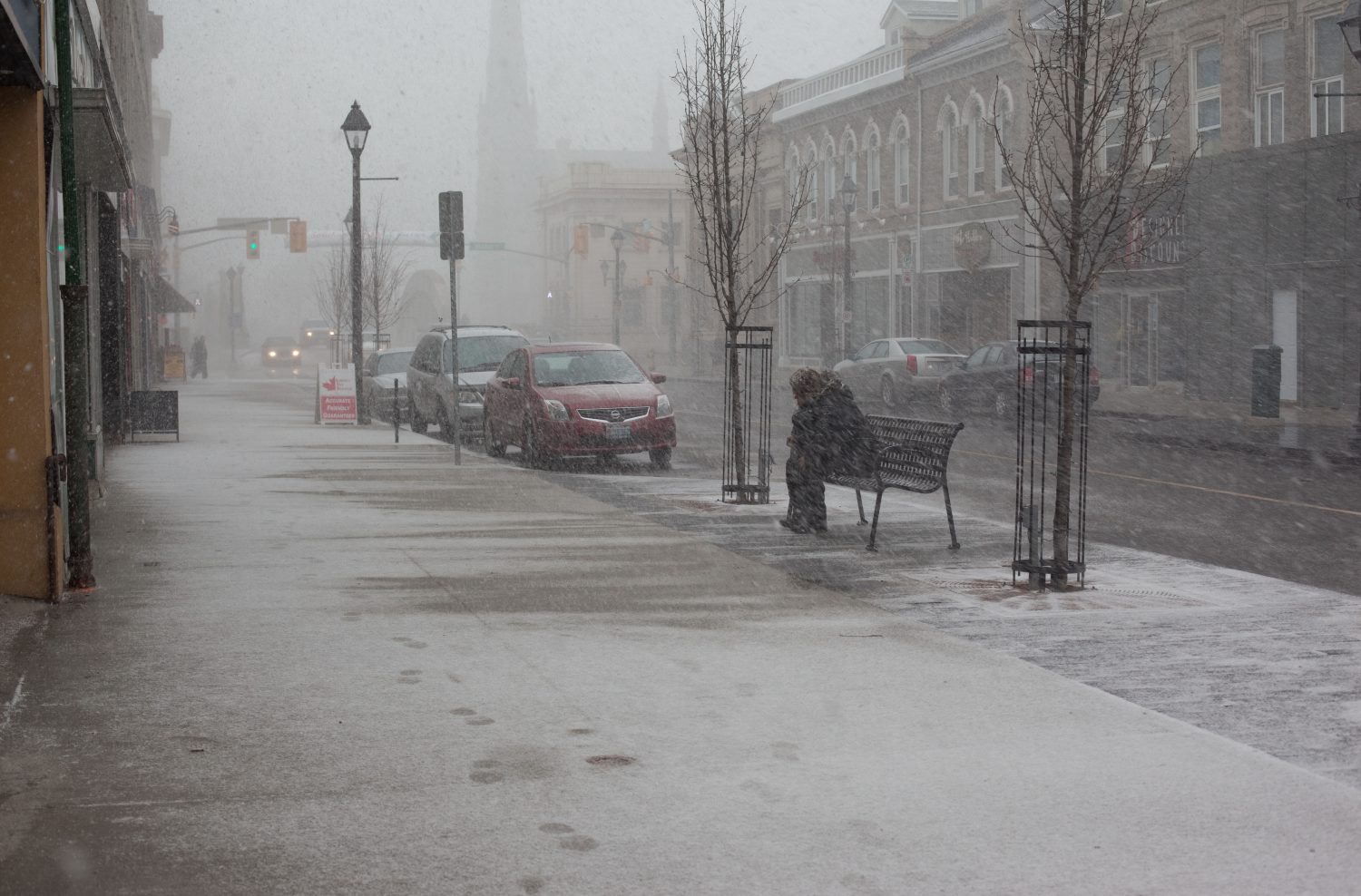 Upcoming budget cuts may have a disproportionate effect on the homeless and low income community in K-W. • NICK LACHANCE CCE CONTRIBUTOR

Homeless at risk as $1 million in cuts loom

Recently, the Region of Waterloo announced that they might have to cut approximately $1 million to social services as part of the 2014 budget.

The social services most at risk are those that provide assistance to the homeless or support those living within low-income housing in Cambridge.

“The thing is, it costs more to have people homeless,” explained Lynn Macaulay, initiatives coordinator at Homelessness and Housing Umbrella Group (HHUG), an agency that brings various organizations together in order to support and mobilize the housing stability and related sectors to end homelessness.

“Taking away funding for food and housing increases the budget on policing, medical care and shelters. Shelters are the least expensive of the three, but they all cost more collectively than the alternative.”

Macaulay explained that taking away funding for these services will only end up costing the Region of Waterloo more money. It also forces those most in need to seek less than favourable help for their situations.

“Emergency food hampers are going to lose up to 58 per cent of their funding,” says Macaulay. “Demand for food hampers has been rising, but if this increase in loss goes up, these programs will not be able to run at all.”

This is also an unfortunate time for this possible cut to happen, as Canada is facing one of its coldest and iciest winters in a long time. An ice storm right before Christmas took out power for many homes across Waterloo region.

“The Region of Waterloo has always been a leader in spending on social services in the provinces,” said Macaulay. “These cuts are because of the province’s change in the funding formula. The region stepped up for non-profits in the past; we just need them to step up again. I know it is difficult.”

Councillor Tom Galloway told the Cambridge Times that the council is optimistic they can find funding to put into discretionary benefits. “It will take a little work yet on our part. But I’m really hopeful we are going to be able to find more permanent funding so we don’t have to have everybody come out here every year,” he said.

The Region of Waterloo will be holding a council meeting to address these issues further on Wednesday, Jan. 15 at 6 p.m. at the Regional Council Chambers, 150 Frederick Street in Kitchener.