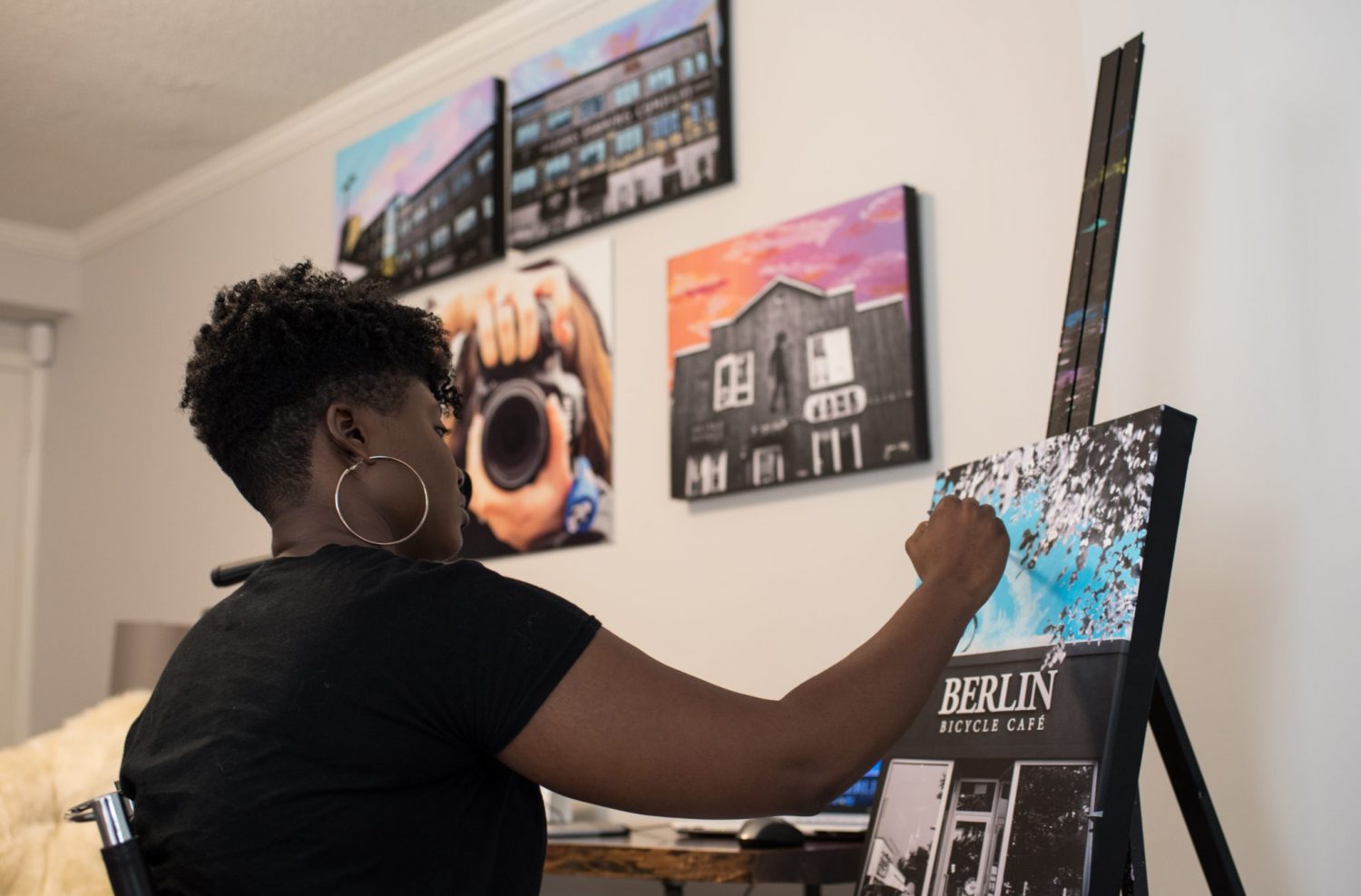 Artin’ Around KW with Jess and Mel 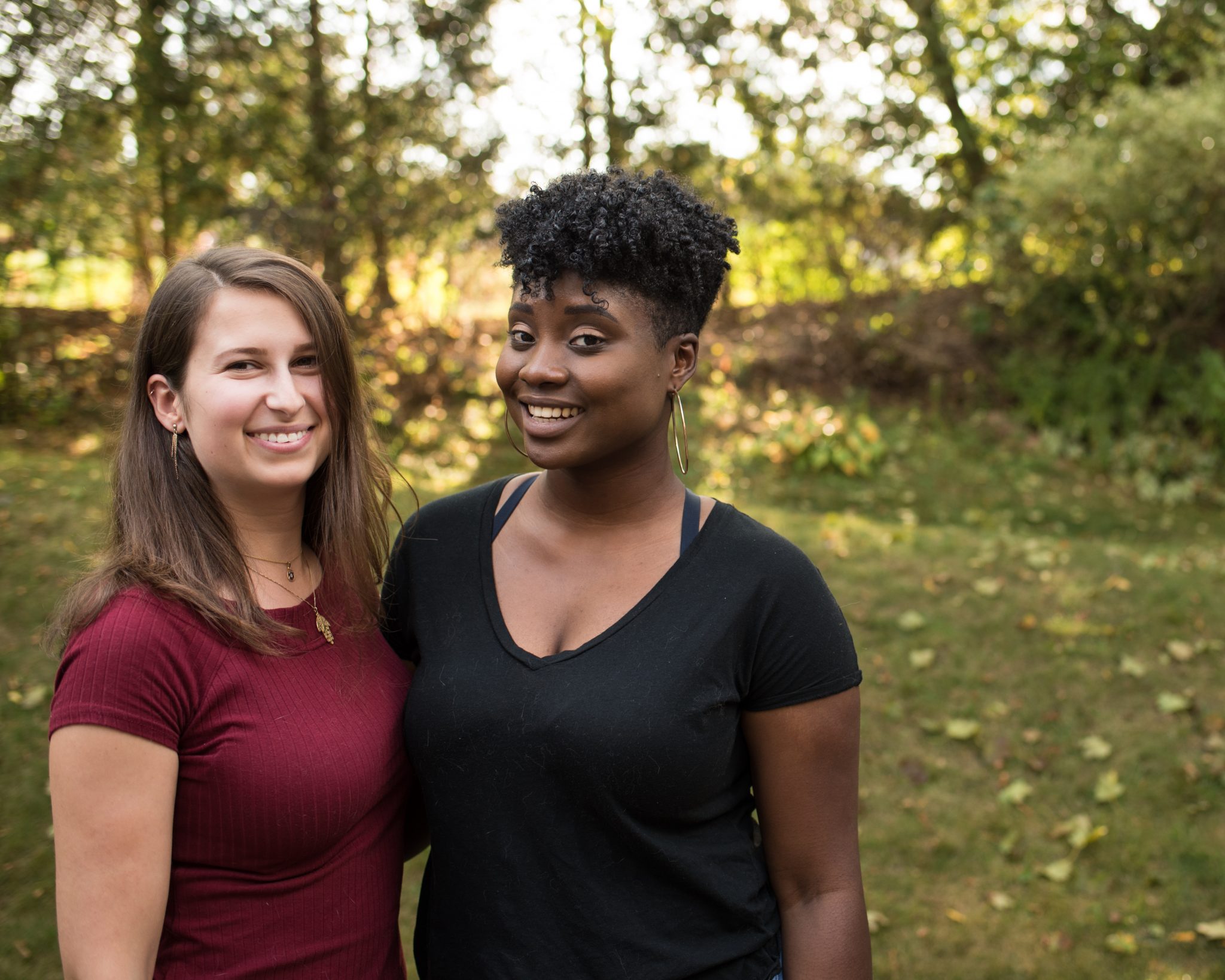 Jessica Kalman and Melissa Falconer met in an entrepreneur class at Laurier two years ago. They connected immediately over their similar artistic visions and it wasn’t long before Jess and Mel was born. The pair have come a long way from their early creative bonding. Now, thanks in part to what they learned and professors they met while studying at Laurier, the two are embarking on a year of focusing full-time on Jess and Mel.

Jess is a photographer, starting out with the typical point and shoot photos of flowers and her pets, she eventually discovered her love of photographing people and landmarks. Melissa, who also operates solo as M. Falconer, has always been crafty, but got serious about painting after a portrait she made for her mother earned her a tonne of positive feedback.

They met. They talked. Then they became business partners. Jess takes photos, prints them on canvas and Mel paints on them. You may have seen their stuff for sale in Gifted or at the most recent Etsy Waterloo Region Made in Canada show. 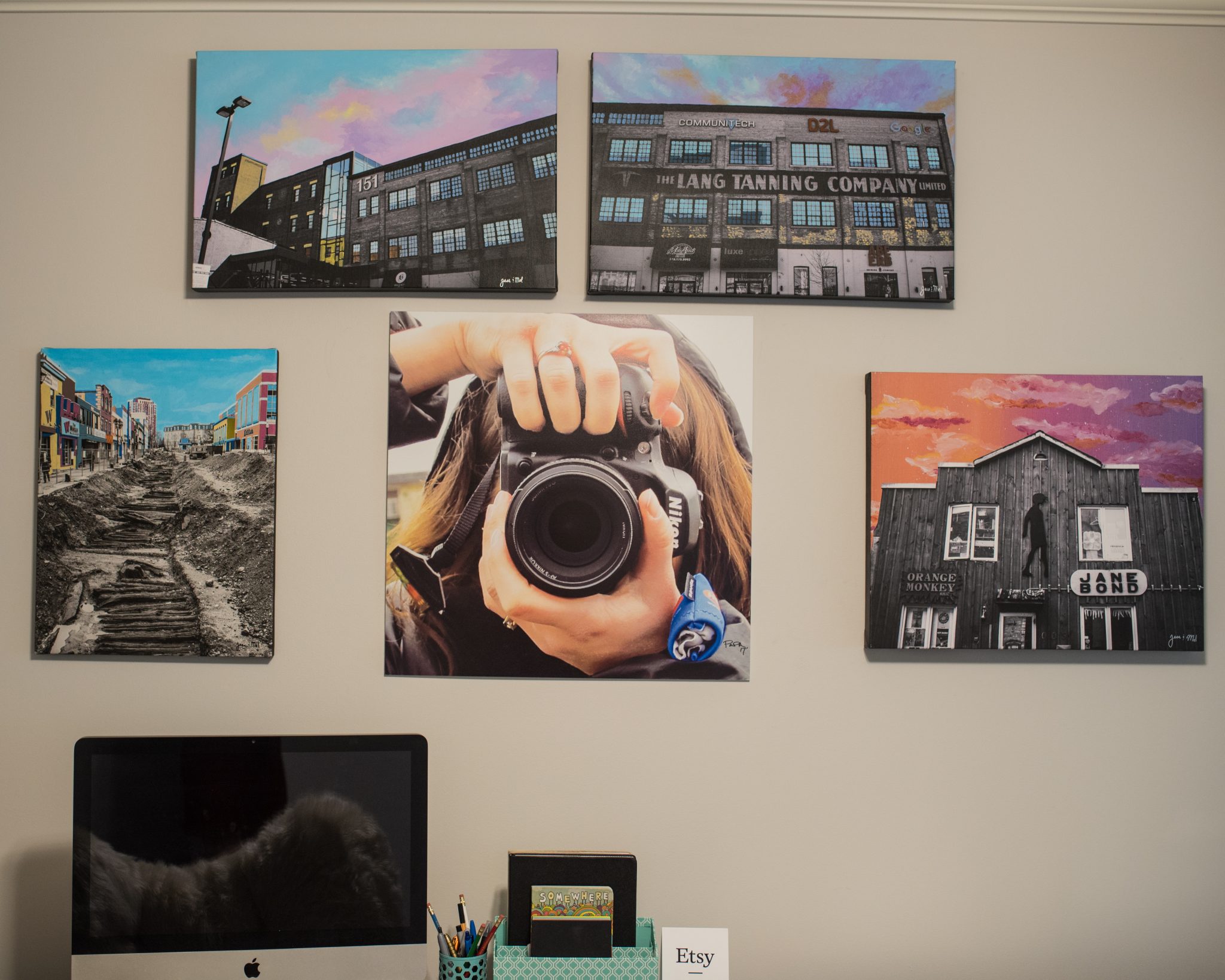 “We just clicked. We have the same vision,” said Falconer on meeting Kalman in class. The first project they worked on was in homage to Movember. Kalman photographed nine male students around Laurier, and Falconer painted the iconic Movember moustache on them. Since then, they’ve shifted to local landmarks like the Jane Bond and the Tannery.

Their first true Jess and Mel piece that garnered them some attention was of the corduroy road in uptown Waterloo. As soon as they saw the images on the news, the knew they had to create their own, now it’s one of their best sellers at local shows.

“This is our dream. If we can do this for the rest of our lives, I’ll be so happy,” said Kalman.

One of the pairs most impressive projects is a striking image of the Toronto skyline with a fiery, summer evening sky painted by Falconer. It now hangs in their home workspace. The image was created as part of Laurier’s Nuit Blanche installation last year. Kalman trekked to Toronto Island to get the perfect photo, and Falconer painted the skyline live for passersby to witness.

They’ve come a long way since first meeting in class. Falconer just finished her undergrad and Kalman is taking a year off of her studies to focus on the business. Expect to see big things from these two. Find more of their work at jessandmel.com.