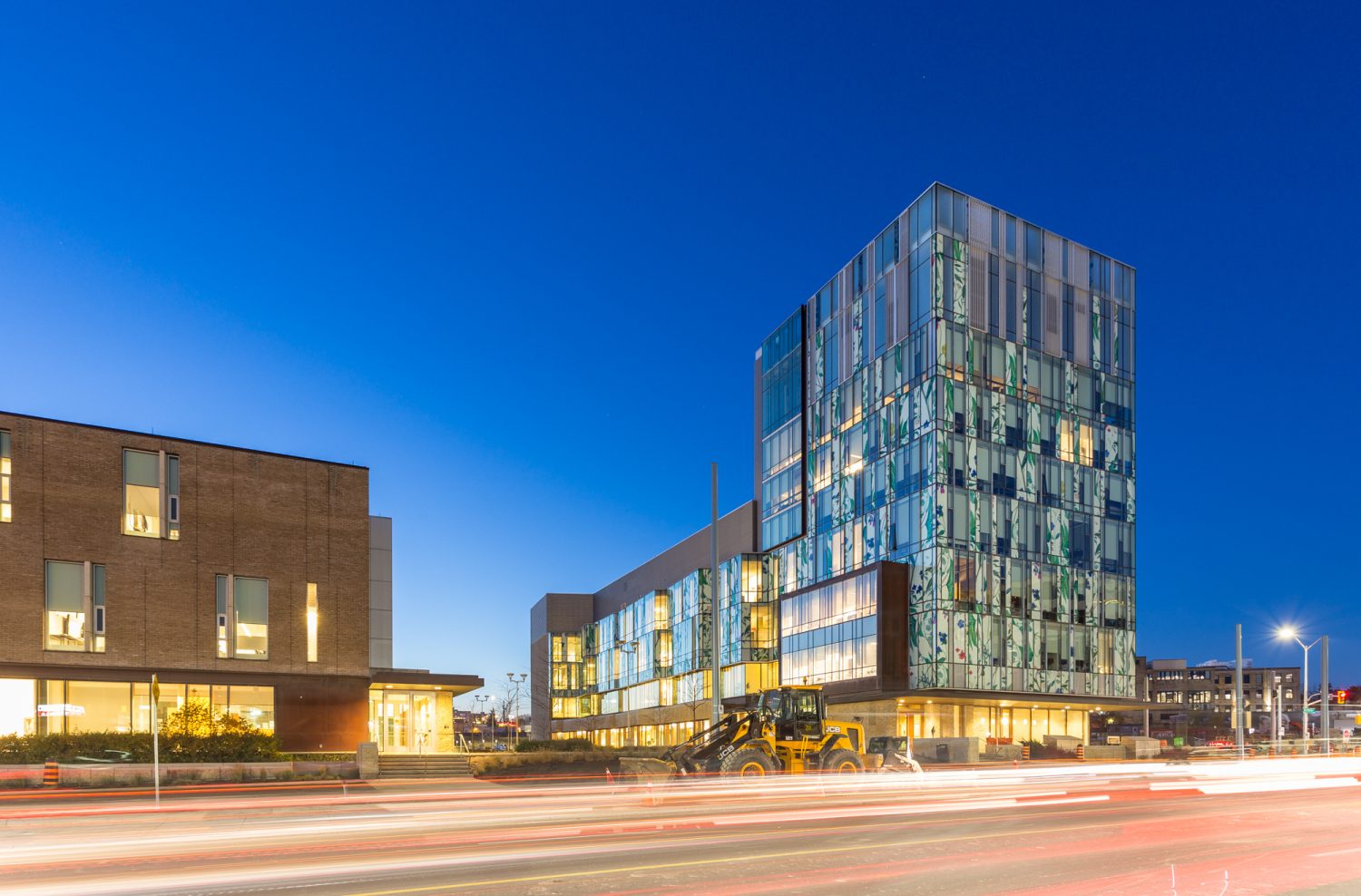 A Long Way Back

Grampa and Gramma lived on Francis Street, across from the Tannery, in a house made of red brick. It was an old house, older than Kitchener, in fact, because Kitchener used to be called something else. That was 160 years ago. Ali knew because he had done the math himself in his school notebook.

Mama’s grip tightened on Ali’s hand as she knocked at the door. Uncle Robert smiled as he opened it, but Ali thought he looked tired.

“Splitting wood?” Mama asked, tilting her head toward the carefully stacked wood pile on the porch.

“Nothing better for a man,” said Uncle Robert. “Come on in, I’ll tell him you’re here.”

A lot of people had lived in that house over the years, rebuilding the insides, adding insulation, moving walls and doorways around. Grampa and Gramma lived on the ground floor and another family lived upstairs. The upstairs people had a friendly dog.

Mama and Ali went into the back room quietly, where Grampa was sitting up in bed, looking out the open window. In the afternoon sunlight everything was golden and still.

“Oh, about the same,” Grampa replied, shrugging a little.

“Okay, listen, I brought those bulbs I mentioned to you. It’s early, but I thought I’d get them in the ground today. Ali can keep you company while I’m out back, how does that sound?”

“Sounds wonderful,” said Grampa, and as he smiled his eyes crinkled up.

Mama left, and Ali climbed onto the stool beside the bed. “Hi Grampa,” he said.

“Hello, Ali. What did you do in school today?”

“Literacy, numeracy, naturacy. I got to stir the compost pile. It was full of worms — big, juicy worms, eating mulch and making soil.”

“That sounds like fun. What did you do in the afternoon?”

“Helped Jeddi and Baba in the shop. It’s okay I guess.”

“In a few years you’ll be old enough to start prenticing somewhere else after school, won’t you. Then you can see how other people work and live. Maybe at the Tannery, hm? It’s hard work there, but good work.”

“I know,” said Ali. He was still thinking about school. “Today I read a book about John Henry.”

“John Henry? That old story I told you?”

Grampa cleared his throat and folded his hands over his tummy. Through the window Ali could hear Mama digging in the garden and the clear thwack! of Uncle Robert’s axe.

“John Henry lived a long way back, in the old USA,” Grampa began. “He was a railway man. And he was a Black man, too, in the time when Black people were still treated very badly in America.”

“Then there was a Black president.”

Grampa smiled. “Yes, there was. Not right away, though. It took a long time. I was your age when that happened. That was before the war.”

“John Henry was big and strong.”

“Yes he was. He was so strong he could throw down a rail spike with one hand and hammer it home with the other, all without breaking his stride.”

“Then they built a Machine,” said Ali solemnly.

“It was a steel-driving machine, a steam drill,” Grampa said, nodding. “It could hammer rail spikes faster than a man could. It was going to put all the railway men out of work.”

“But they forgot about John Henry,” said Ali, squirming a little bit.

“Boy, did they ever. He challenged that machine to a race. And you know what? He won.” Grampa let out a long breath. “But he worked so hard beating the machine that his heart gave out.”

“Your heart’s giving out too, right Grampa?”

“Sometimes. Mostly I just feel tired. You know, my father, your great-grandfather, his heart gave out too. He died in a hospital, hooked up to a great big machine.” Grampa looked around the warm, sunlit room and laughed. “All these years later, I’m glad I can’t afford to die that way!”

Ali didn’t say anything. Outside he could hear the birds chirping, and silence.

Grampa leaned forward and took Ali’s hand. “You know, it’s not a bad thing, that people die. Everyone has to sooner or later, even heroes like John Henry. Even wonderful machines like the steam drill. There was a time when people thought all their problems could be solved by machines… but then the machines started causing more problems than they solved. After the war a lot of people went back to doing things the old way, partly because so many machines had been wrecked, partly because fuel had gotten scarce, but also because the old way caused fewer problems.”

He leaned back against the pillows. “I’m no hero, but I’ve worked hard, even when times were hard. I have two wonderful children I’m proud of, and one beautiful grandchild, with more on the way.” He tilted his head toward the window. “Sounds like you’re finished with those bulbs, Marta.”

Mama’s face appeared at the window. “Bulbs are in. As for the grandchildren, don’t count your chickens before they’re hatched, Dad.”

“I’ll count the chickens!” said Ali, springing down from the stool. He loved poking around in Grampa and Gramma’s henhouse. At the bedroom door he stopped and spun back around. “You’ll be okay, right Grampa?”

“Yes, Ali. One of my children’s going to get me through the winter, and the other’s going to make sure I live to see spring again.” He reached up and patted Mother’s hand on the windowsill. She didn’t say anything, just took his hand and squeezed it.

“Okay. See you later, Grampa!” Ali sprinted out the front door and ran straight into the neighbours’ friendly dog. “Ford!” he yelled happily, and the two of them collapsed in a heap on the porch. Just then a bell rang, loud and long, and across the street the doors of the Tannery opened.

Out of the doors came a hundred people, or maybe more, dressed in overalls and carrying lunch boxes. They were talking and laughing with each other, waving as they dispersed this way and that. Some got onto bicycles and rode away, while others walked in big groups going up Francis Street or down Joseph Street. Ali and Ford watched and waited.

Finally a little old woman came out, waving to someone inside as the doors swung shut. As she clumped across the street in her big work boots, her face beamed. “Hola niño, cómo estás?” she called out.

“Gramma,” said Ali as she sat down beside him.

“That’s Abuela to you, young mister,” she said, rubbing Ford’s fur affectionately. “So, what do you think? Want to come work in the Tannery some day? We make the best quality boots and saddles this side of Montreal, all hand-stitched and riveted on the assembly line.” She patted her own heavy boots. The stamp on the ankle read “MADE IN KITCHENER, ONTARIO.”

Gramma looked hard at him. “That’s an excellent dream,” she said at last, nodding. “They’ve been needing strong young men and women to build the railways over again, ever since peace came. It’s been a long way back, you know.”

“Okay.” Before he went in Ali stopped and looked back at his friend. “Bye, Ford. Don’t count the chickens without me.” The dog gave an affirmative whuff! and lay down to doze in the shade.