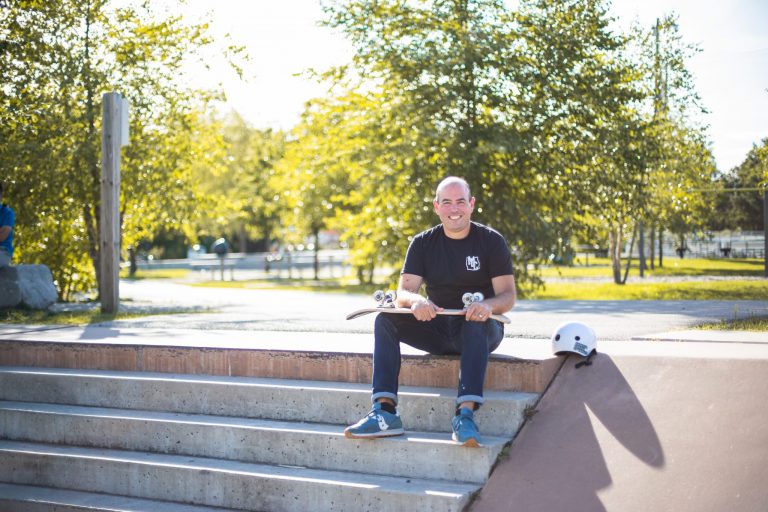 The Side Hustle: Midlife Skate

From the monitors that multiply our screen-view at work, to the social media platforms that entertain us in our idle moments, technology continues to claim our attention on a daily basis. As a freelance content marketer, Alex Kinsella understands this reality all too well. Craving a screen-free, analog activity to fill his free time with something different, Kinsella found nostalgic satisfaction in building skateboards with custom designs — a project which he now calls Midlife Skate.

“I used to skate when I was a kid, around 13 or 14, and I thought I’d love to make a skateboard with my daughter so we could go outside and do something fun and physical together,” Kinsella said.

“I spend a lot of time on the computer in my line of work, so the angle of doing something with my hands again really appealed to me. Everything we do is so digital now, and I grew up in a time where we could enjoy the physical output of something we did. I really just wanted to make something for myself again.”

Kinsella discovered a company in Toronto called Roarockit Skateboard that sells kits containing all the tools you need to craft your own board. Having purchased the core materials from them, he now applies his creative talents to covering them in graphics, logos, and other designs as requested by coworkers and friends. 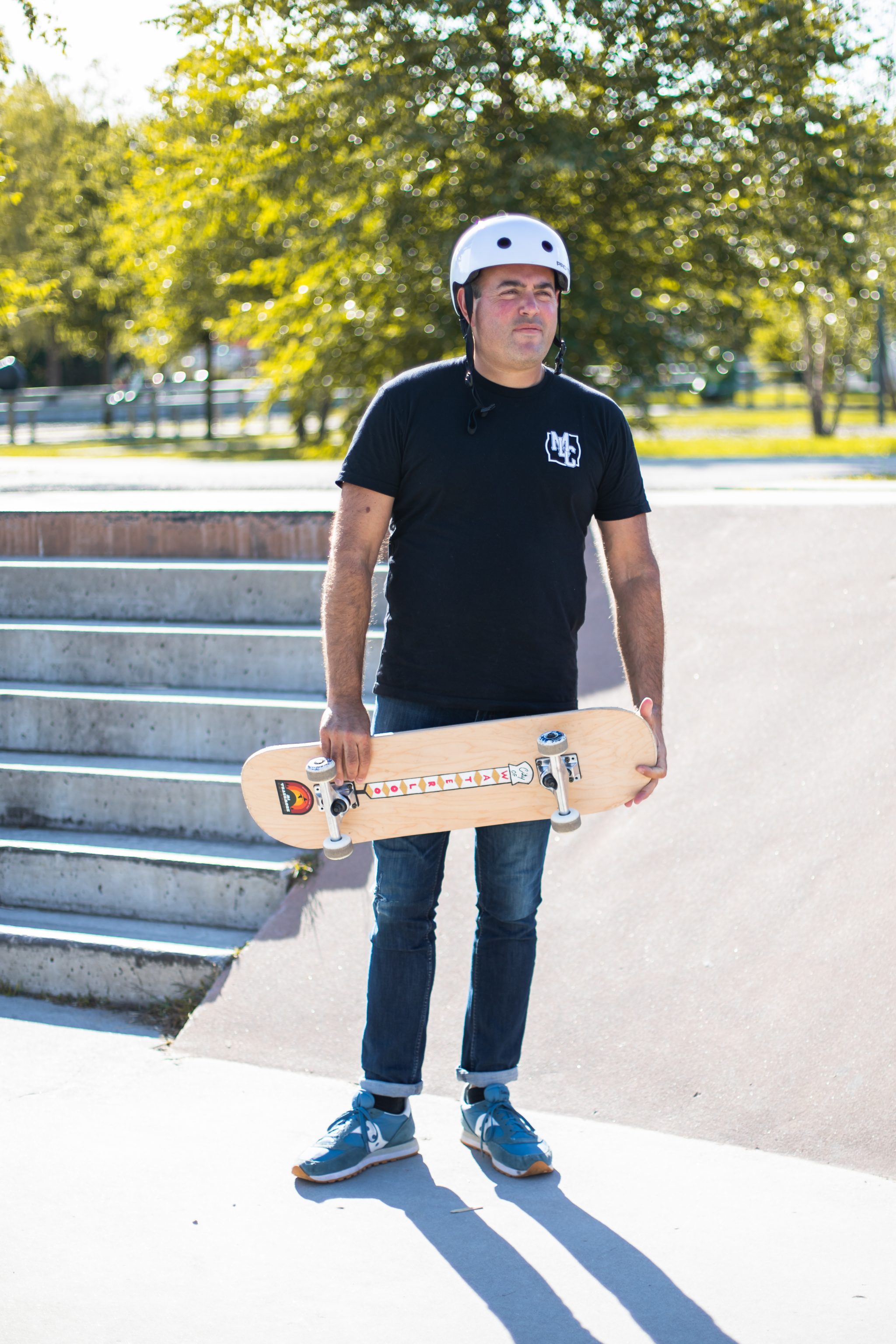 “I love the idea of putting artwork on something physical, and I think skateboard art is really interesting because it’s another kind of canvas,” Kinsella said. “It’s something you don’t tend to see as often – it’s got a little big of edge to it.”

“I’ve done a couple [boards] for start-ups in town that feature their logo or company values on them, and they love to have it just hanging on the wall in their office. I get it, it’s cool. It’s like company swag – everyone has hoodies and t-shirts and toques and that’s great, but you’re always looking for something a little bit different,” he added.

Kinsella experiments with different ways of transferring the art onto the boards, often through hand-drawn work.

“I drew the Waterloo sign on the first board I made, and it was really fun because I used Illustrator to get the dimensions right and laid it out on the board myself,” Kinsella explained. “When I started working with more complex logos, I visited Westmount Signs who make custom vinyl products locally. I ordered some to use as stencils which allows me to work with other methods like spray paint.”

As an active member of the KW community, Kinsella has always had an itch to pursue side hustles. For the past four years, he has published a community newsletter called TLWR which showcases events, meet-ups, concerts, and more happenings around the Region.

“I got tired of people saying there is nothing going on in KW when there is always plenty of things happening. All I want is for people to love living here as much as I do,” Kinsella commented. 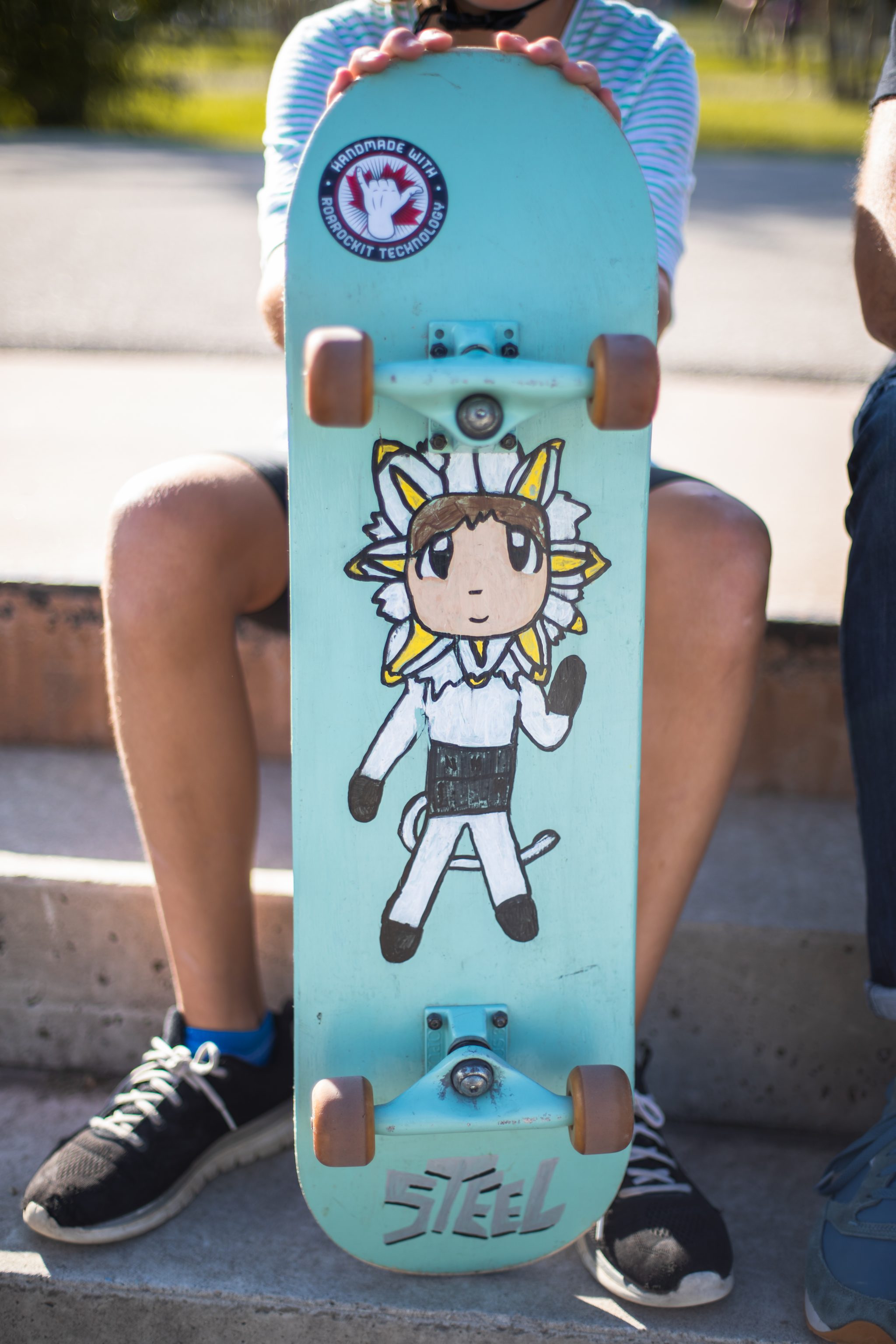 Having expanded his interests to crafting skateboards, Kinsella believes that some of the best side hustles are those that give you a way to get back to making things yourself – the effects of which can be extremely liberating.

“My daughter and I finished our boards with trucks and wheels and all which we bought from a local skate shop called Funhouse Skate,” Kinsella noted. “For my daughter, it’s given her independence in a couple of different ways. She made her own board, painted it herself, and it’s her own beast. We go everywhere with them now.”

Joking that the project’s name stems from a midlife crisis wherein he made a skateboard to reconnect with his younger self, Kinsella reflected on the reason he enjoys it so much.

“It’s an artistic outlet because I get to design something. It’s a physical outlet because I’m actually doing an activity, and mentally – I mean, everyone needs a hobby,” he said.

“If this is mine and I can make a little bit of money at it at this same time, I’ll take it.”