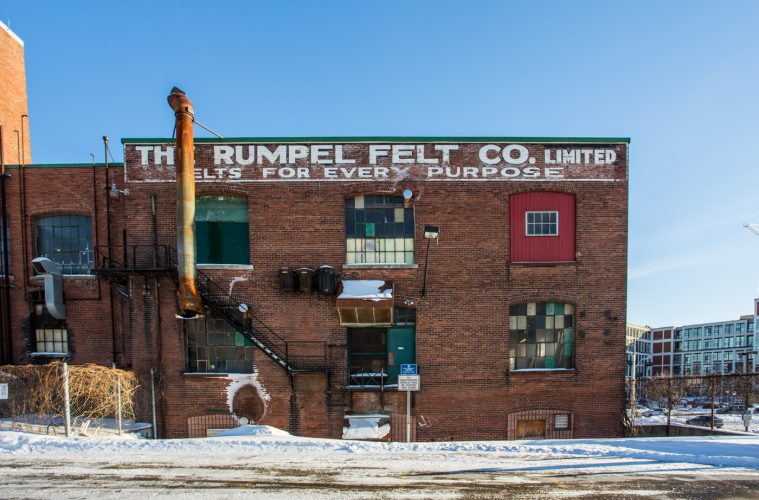 Of brick and beam

The Community Edition set out to find the frames that withstood industry and time, the brick and mortar laid for generations to come. In a city of development, we asked, what brick and beam buildings are candidates for the next vintage boutique? What exposed pipe spaces will become trendy condos? What walk-up will become home to Waterloo Region’s next start-up?

ELECTROHOME – 152 SHANLEY STREET
Boarded up windows and doors, a black paint sign slowly conceding to yellowing brick, and paint swatches covering graffiti — the former Electrohome Industries plant physically dominates the corner of Duke and Shanley Streets. First known as Pollock Manufacturing, Electrohome manufactured phonographs and cabinets and by the mid 20th century, the brand was commonplace in Canadian households — manufacturing radios, furniture, and colour televisions. Despite persistent rumours of condominium development, the future of the former plant, one of twelve in Waterloo Region, is unclear. In 2011, the City of Kitchener attempted to sell the building, in order to collect on unpaid property taxes, and more recently notable deterioration of the brick façade has been observed. Unlike many old manufacturing buildings in Kitchener, redevelopment won’t be easy — the site is contaminated with tricholoroethylene, an industrial solvent. What is clear is that any redevelopment will require a financially committed and enthusiastic investment. 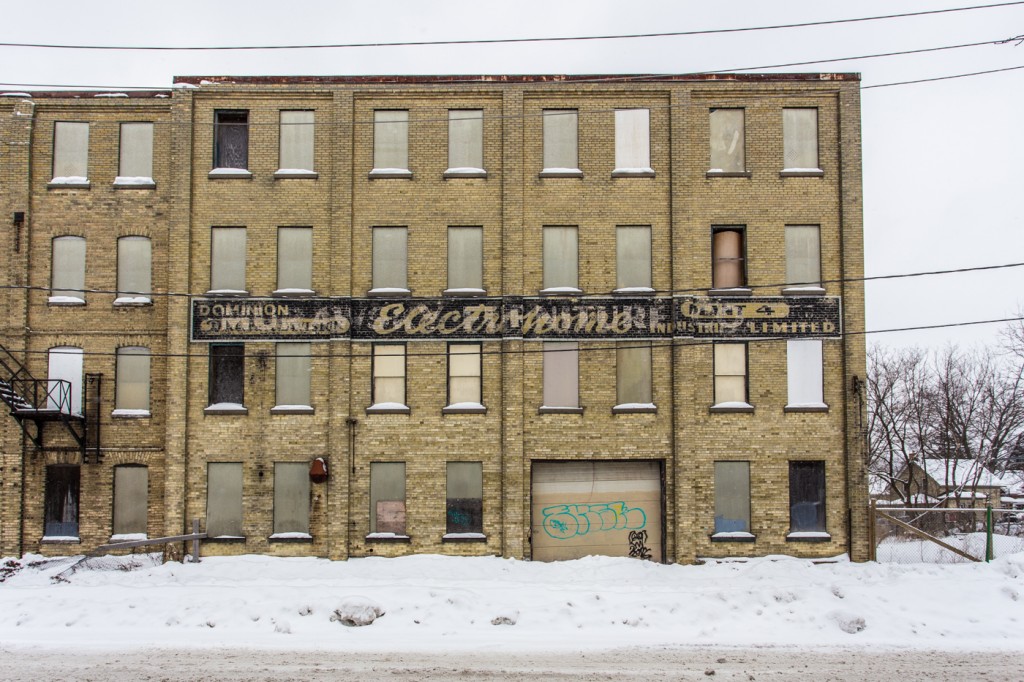 69 AGNES STREET
It’s ironic that 69 Agnes Street, a building designed in the art deco style — a form characterized by bold shapes and colours and marketed to the luxurious — is inconspicuous in both its location and function. Surrounded by extended parking lots and distanced from the road, it’s easy to drive or cycle by 69 Agnes Street without noticing its unique, asymmetrical design and patterned windows.

Purchased in 1927 by the Kitchener-Waterloo Granite Club, from the Kaufman Rubber Company, and operated primarily as a curling club until 2003. The building is now home to the Kitchener-Waterloo Badminton Club and soon, an axe-throwing league. Recently purchased by the Badminton Club, redevelopment is unlikely — instead, it will remain a building beloved for it’s function, rather than form. 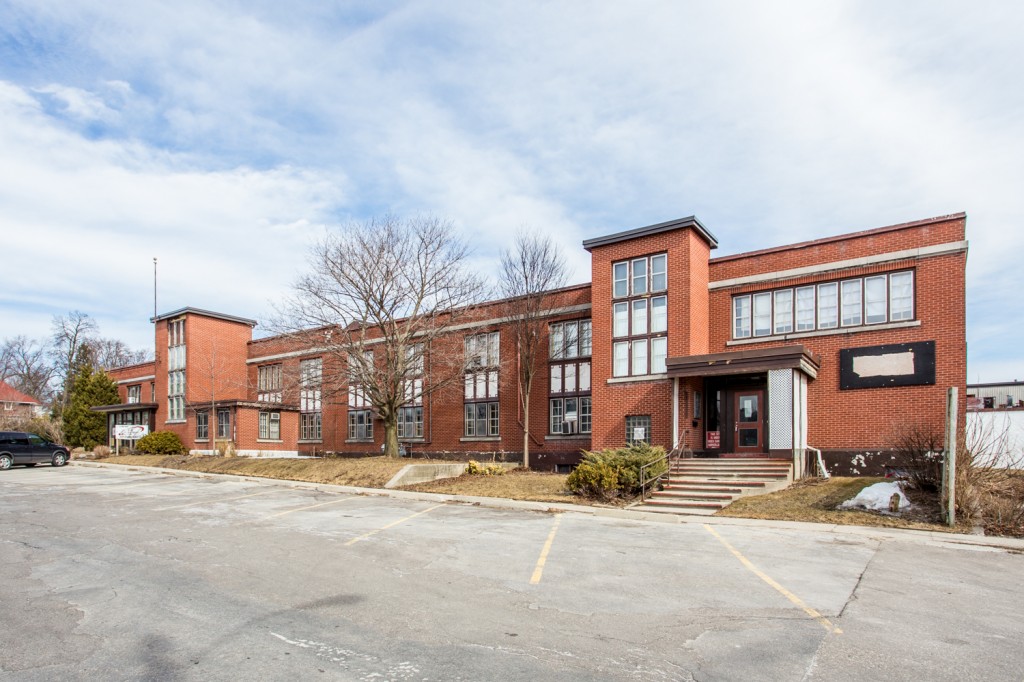 RUMPEL FELT – 60 VICTORIA STREET
George Rumpel was a hardworking entrepreneur, who purchased the Berlin Felt Boot Company in 1879. Rumpel was torn between two desires — advancing his company and returning to Germany, his birthplace. Not unlike the building’s namesake, The Rumpel Felt Factory is also torn between history and future.

Located at the corner of Victoria Street and Duke Street, it has significant heritage value as one of the oldest industrial buildings in Kitchener, but it also stands in the way of development, specifically the proposed King and Victoria Transit Hub. George Rumpel decided to return to Germany, but stayed on as president of his company to form Rumpel Felt Company in 1912. Transit Hub planning should follow Rumpel’s vision, acknowledging heritage and new development as equal parts of progress. 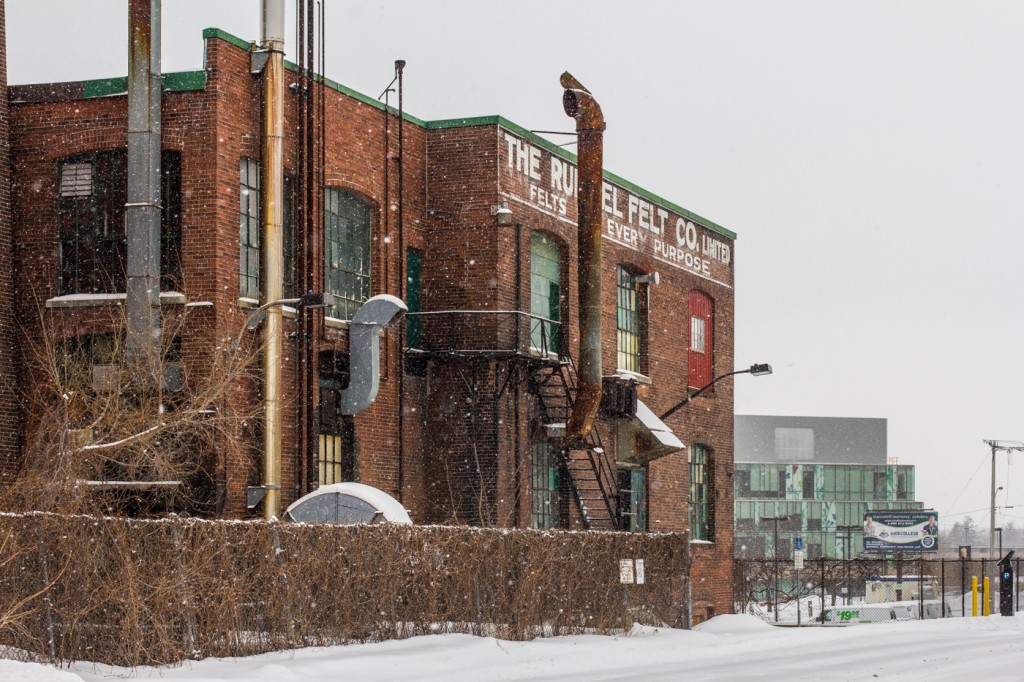 5 MICHAEL STREET
Located two blocks southwest of the Tannery, 5 Michael Street is currently home to The Beckett School of Music and Music Plus, but perhaps not for much longer. The building’s owner has recently applied for a zoning change to office space. According to a City of Kitchener Staff Report, issued in Dec. 2014, the owner has entered into agreement with a local high-tech company to expand local operations.

Jane Jacobs, urban provocateur, remarked that new ideas need old buildings. Like the Lang Tannery and The Breithaupt Block before it, 5 Michael Street is a perfect example of an old building. A renovated brick and beam that has witnessed Waterloo Region’s economic transformation, from shoe and shirt manufacturing to high tech innovation. 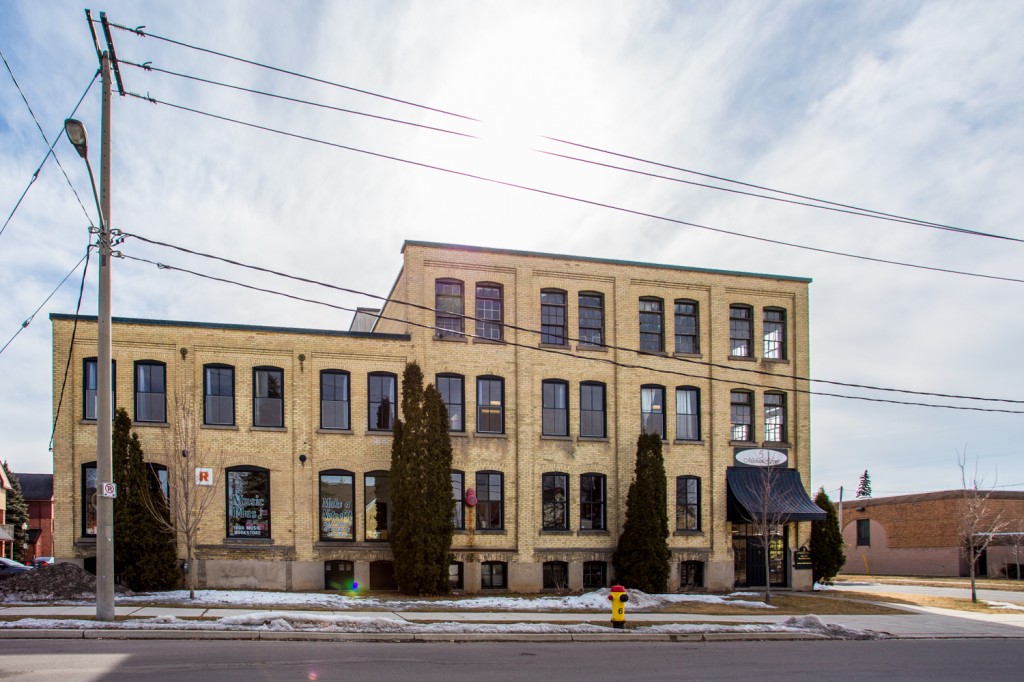 SCHNEIDERS – 55 COURTLAND AVENUE
After 90 years, Kitchener’s Schneider’s meat processing plant ceased operations on Feb. 27, 2015. The 10-hectare site, located on Courtland Avenue between Ottawa Street and Stirling Avenue, is overwhelming with redevelopment potential. It’s located close to downtown and future rapid transit and has little industrial contamination. Infill residential, commercial, offices, a grocery store, and green space – it’s a rare opportunity to transform a community and a city. It will take extensive planning and cooperation between community members, planners, engineers, and architects. It will take time, patience, and vision. It’s like a baseball game in the first inning, the end unknown but the journey will be exciting. Grab a hotdog. 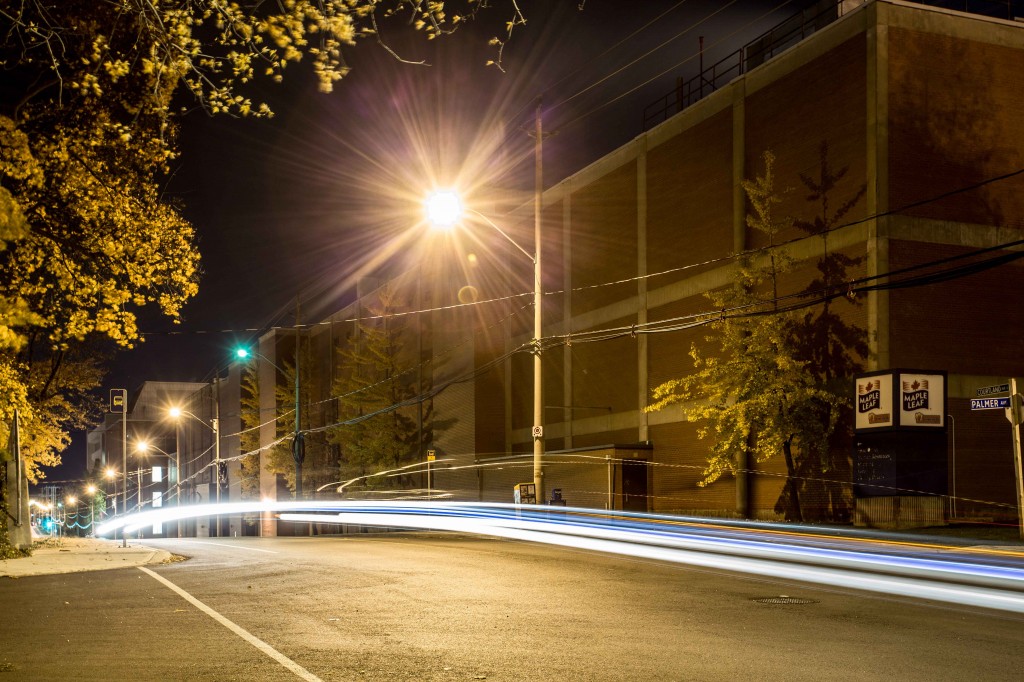