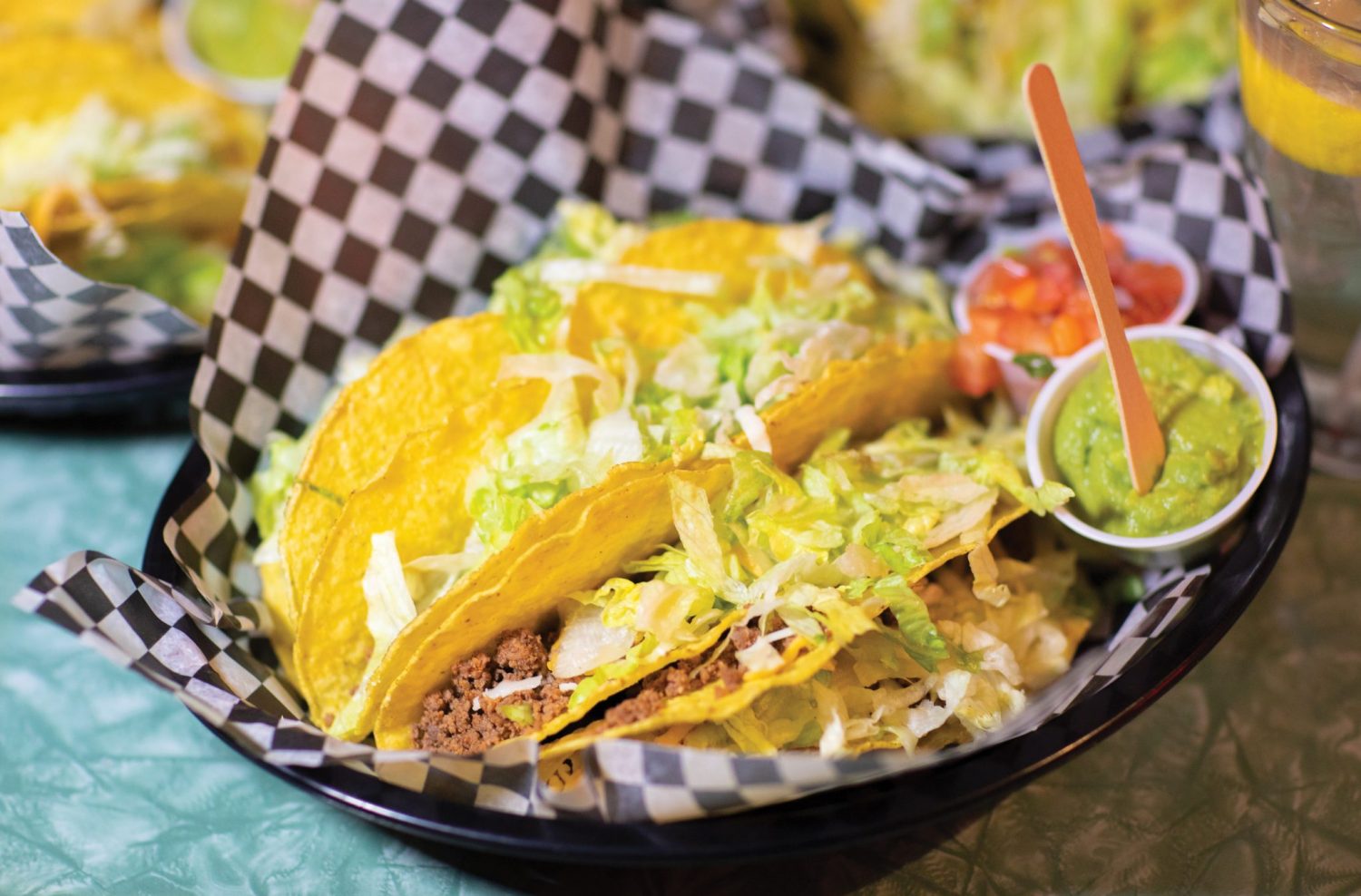 If you are a purveyor of quality food on a fiscally-conscious budget like myself, then you might be interested in participating in the humble, yet satisfying, culinary experience that has become an iconic staple in uptown Waterloo: Ethel’s Taco Tuesday.

For only $2.86 — with the purchase of a drink, of course — you are graced with four hard-shell, all-ground-beef tacos, complete with lettuce, grated cheese and your choice of preferred side: fresh-made pico-de-gallo salsa, tangy sour cream or creamy guacamole.

This cheap and beloved meal choice has become a dining staple in a number of Waterloo residents’ weeks, but the question remains: how was this juggernaut of cuisine conceived?

For the benefit of all the taco lovers out there, I took a deeper look into the history of one of Ethel’s most prominent food specials, to get the investigative scoop on what goes on in one of the city’s favourite local eateries. 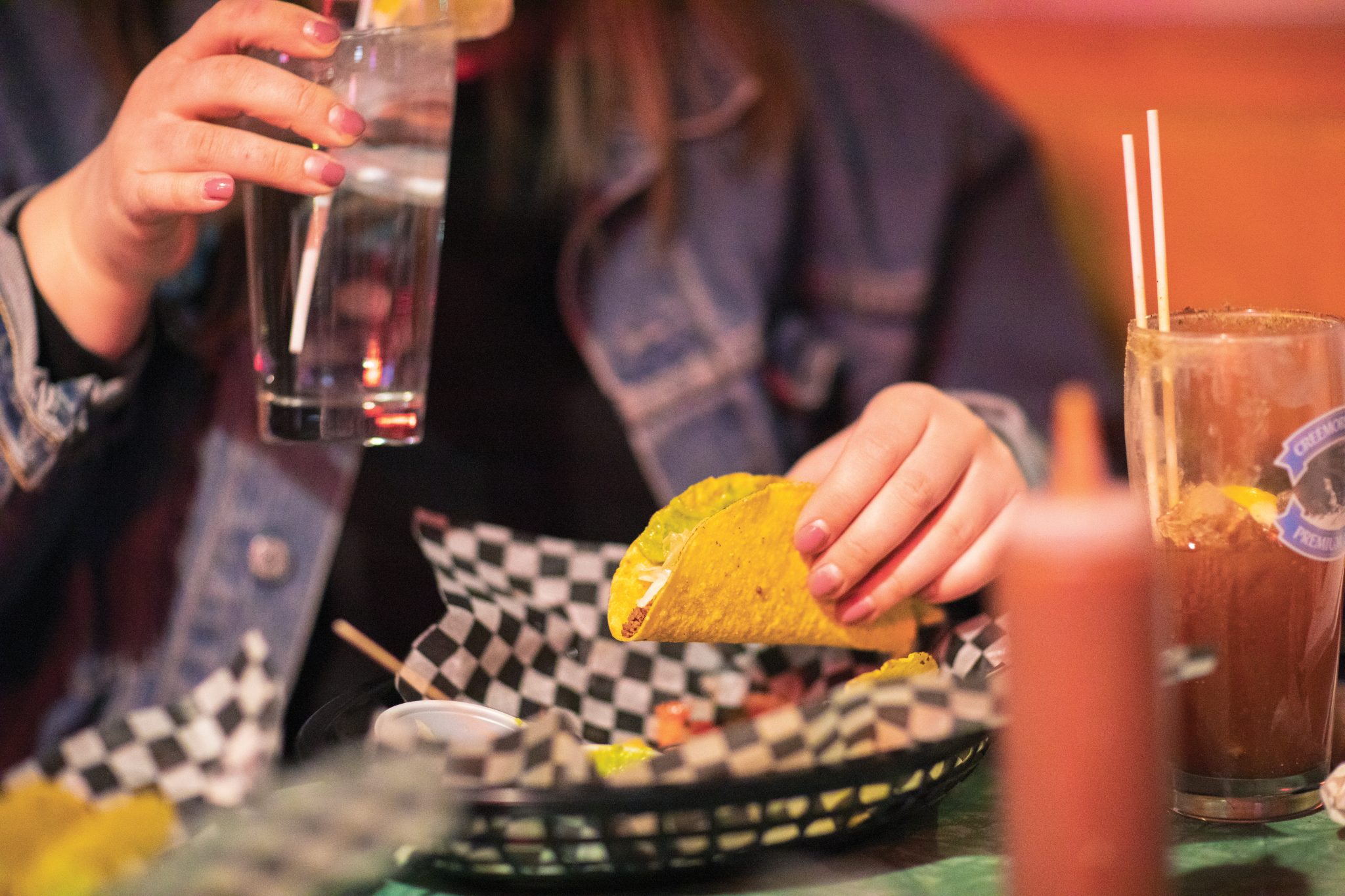 HOW AND WHEN DID THIS FABLED  WEEKLY FOOD SPECIAL BEGIN?

Ethel’s has been doing Taco Tuesday’s since shortly after they began, in 1994. Which means that, for over 24 years, they’ve been serving up an affordable opportunity for social gatherings in the community. But why on Tuesdays?

“Like any restaurant, [we] were just looking for a way to promote a slower day of the week. Seeing as ‘tacos’ and ‘Tuesdays’ seemed to have such a ring to it, that’s probably why it’s on Tuesdays,” said Glenn Smith, owner and proprietor of Ethel’s Lounge.

HAS ETHEL’S CHANGED THE RECIPE OF THE TACOS AT ALL?

As the old adage says: “if it ain’t broke, don’t fix it.” Ethel’s has been doing tacos the same way for almost a quarter of a century — and they don’t intend to change it anytime soon, especially because of its popularity so far.

As Smith said: “you don’t mess with success.”

BUT HOW MANY TACOS DO THEY GO THROUGH IN AN AVERAGE NIGHT?

If the legends are true, then according to Smith, they receive approximately 19,680 orders of tacos every Tuesday. Multiply that by 52 weeks in a year and that means that, annually, they get over one million orders of tacos — at four tacos to an order, that means they crank out over four million tacos per year. That being said, they go through “more than a few hundred pounds” of ground beef each taco night.

IS THERE A SIDE THAT IS FAVOURED MORE OR ORDERED MORE FREQUENTLY?

Like any parent who can’t choose their favourite child, there is no outstanding preference for the sides provided with the tacos. It is, however, largely dependent on dietary restrictions and personal tastes, such as those who can’t have dairy — and therefore would not order the sour cream. As well, their salsa, which is more like a pico-de-gallo, wouldn’t be the ideal choice for those — like myself — who aren’t big on tomatoes.

WHO HOLDS THE LEGENDARY RECORD FOR THE MOST TACOS IN A NIGHT?

According to Rochelle Helmer, one of the serving staff at Ethel’s, the current record stands at a jaw-dropping 56 tacos. As the story goes, the mysterious taco fiend was a man fresh out of prison following a hunger strike — and it was Ethel’s that caught his eye. Those poor kitchen staff never knew what hit them that day. They say he still prowls the streets at night, looking for his next conquest of beefy glory.

WHAT ARE ETHEL’S MOST POPULAR WEEKLY SPECIALS?

“I would say the meatloaf and the tacos. We have people that drive from out of town, who will drive for hours, for the meatloaf. Tuesdays and Thursdays, people are very adamant about tacos and meatloaf,” Helmer said.

WHAT SEASON ARE THE MOST TACOS SOLD?

As would make the most sense, their Tuesday’s are the busiest during the summertime, when Ethel’s patio is available. The extra 80 seats, in combination with the warmer weather, creates an overall more hospitable and welcoming social environment — and an even better atmosphere for chowing down on tacos. In contrast, the winter months are the times they find that people want to go out the least and their hankering for tacos isn’t as strong.

WHY HAS THIS SEEMINGLY-INNOCUOUS DAY BECOME SO POPULAR?

According to Smith, it’s taken a bit of a life of its own, to some degree. Though Ethel’s is not traditionally considered a “student bar,” this night of the week does offer an incredible and rare opportunity for a number of students on a constricted budget: inexpensive food.

But there’s so much more to it than just that.

“It’s also become somewhat of a social thing and that ingrained itself all by itself. It turned from a taco — an inexpensive food item — into a meet-and-greet thing, where groups of three or four, five or six will come together, knowing that they can hang out and not really [have to] spend a lot of money. That whole social aspect of it,” Smith said.

So there you have it: a warm, welcoming social atmosphere, a cost-effective and thoroughly-filling meal and as many tacos your stomach can hold — these are the treasures that await you at Ethel’s Lounge.

For those who are lacking consistency and routine in their lives, Ethel’s legendary Taco Tuesday can become your own personal dining oasis, for just a toonie and some spare change.