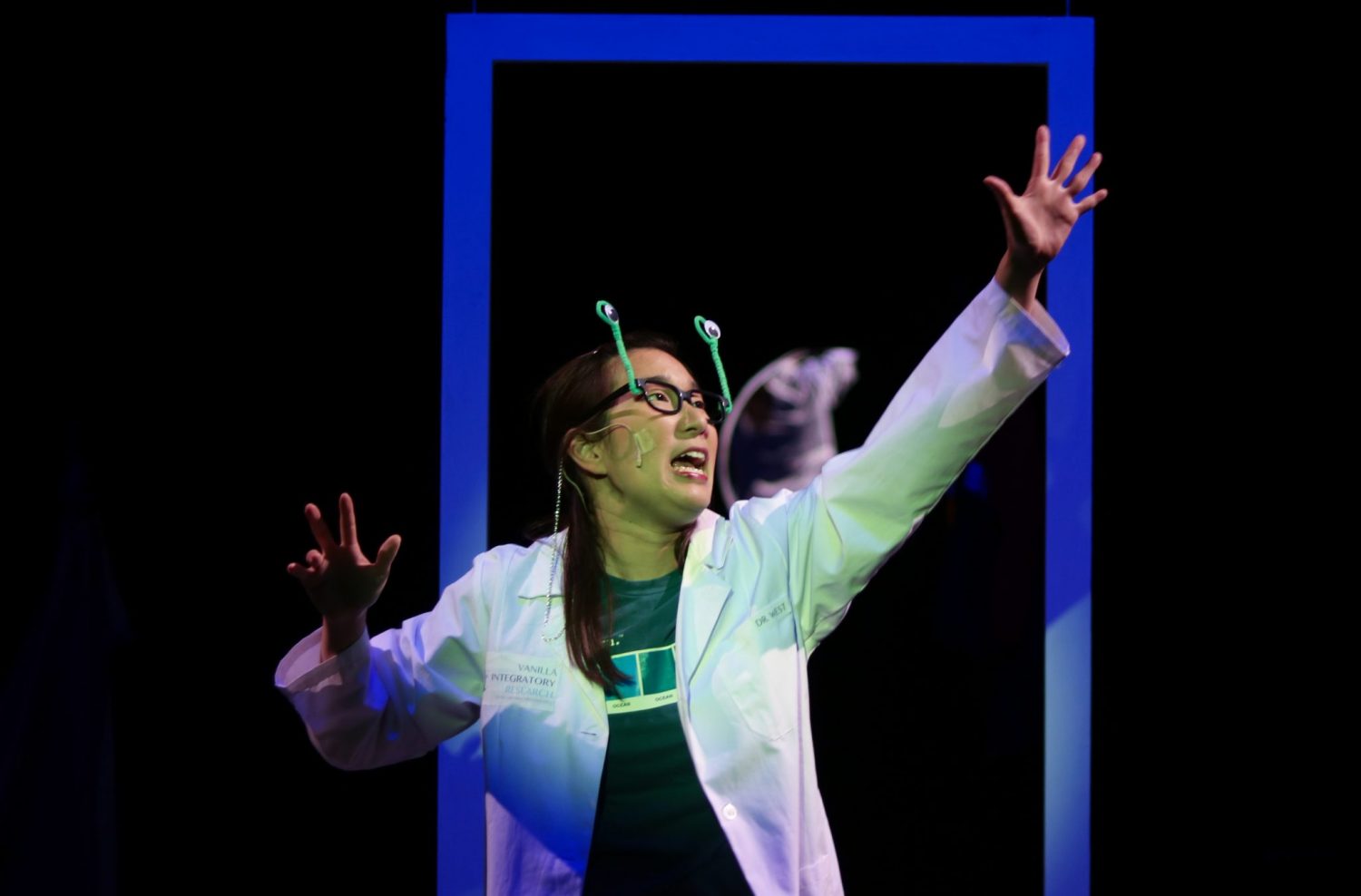 Janice Jo Lee’s new play, Will You Be My Friend, attracted multiple sold-out shows at the Conrad Centre in downtown Kitchener during its inaugural run from June 22 to 25.

Billed as a musical comedy, this one-woman show follows Lee’s quest for friendship and validation as a Korean woman in our dominant white culture. She becomes a test subject for Dr. West, an expert from Pluto who is perfecting the formula for “Earthian friendiology.” The secret to success? Erasure and integration.

Originally titled Janice Lee and The White Supremacy Smackdown, this play caps off a two-week showcase hosted by Green Light Arts. Their In The Centre series has featured works by artists of colour throughout the month of June, spanning hip-hop, spoken word poetry, and theatre.

Matt White, the Artistic Producer of Green Light Arts, directed Will You Be My Friend. He recalls meeting Janice Jo Lee in 2014, when she first pitched the idea to him.

“She said to me, ‘As a white man, you’re kind of the antagonist in this play, so I don’t know how you feel about that,’ and I thought that this sounds like the perfect kind of challenge.”

Green Light Arts started in Toronto, then moved to Kitchener in 2013. It has quickly become a fixture of the local arts scene, mounting exhibitions at Night\Shift and TCE’s own Steel Rails. 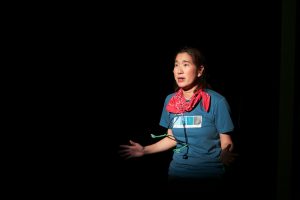 “A place the size of Kitchener-Waterloo offers us more artistic control,” said White. This freedom lets the theatre company take more risks than in Toronto, where high expectations for ticket sales and sponsorship can dilute controversial art.

“I would describe her work as a critical look at contemporary life. I’m sure some corporate sponsors won’t want to touch it with a 10-foot pole. But with Janice, it’s always been coming from a place of love,” says White.

The play begins with a land acknowledgment, then an invitation for the audience to react, applaud, and snap their fingers. Janice Jo Lee’s longtime involvement with spoken word has clearly influenced the play’s format.

A few minutes in, Lee breaks the fourth wall for the first of many instances of audience participation. The crowd echoes Dr. West’s manic rallying cry, “White thirst! White thirst!”

By the intermission, some audience members appear visibly ruffled. The first act pulls no punches, calling out systemic racism in the leadership of “The Jobbing Centre.” Through the character of “Mike,” Lee explores the paradox of woke white Mennonites living in a non-hierarchical intentional community, in a house that their parents own.

One audience member I spoke with felt uncomfortably targeted by these references, but was willing to give the benefit of the doubt, “She’s critical, but still accepting of people where they’re at.” 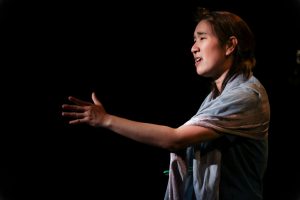 Sunil Kuruvilla, a local playwright, appreciated the concrete local references to Kitchener-Waterloo. “I enjoy their enthusiasm for theatre and also for this area,” he said.

The play’s narrative continues through the second act, alternating between lighthearted humour and deep social reflection.

As the story crescendos into a big, brassy song-and-dance finale, Janice suddenly stops. She squints into the spotlight and shouts, “Cut the music, Mark.”

Janice Jo Lee turns her laser-focused gaze to the crowd. She shrugs off her Dr. West costume. This is the “smackdown” portion of the evening.

“We changed the title so you all would come,” she explains.

“We all have a racist in our heads that we grew up with — that’s the Dr. West in your head.”

“You show up for our vigils, but not our celebrations. You disappear into your nights of self-care.”

Lee uses the trappings of traditional theatre culture to subvert it, deconstructing her own play in real-time, and challenging the audience directly.

Will You Be My Friend reclaims the theatre as a place to be challenged and moved by art, rather than just entertained. For Janice Jo Lee, it’s important to be explicit.

“I don’t want to waste time anymore. I want to get to the truth.”