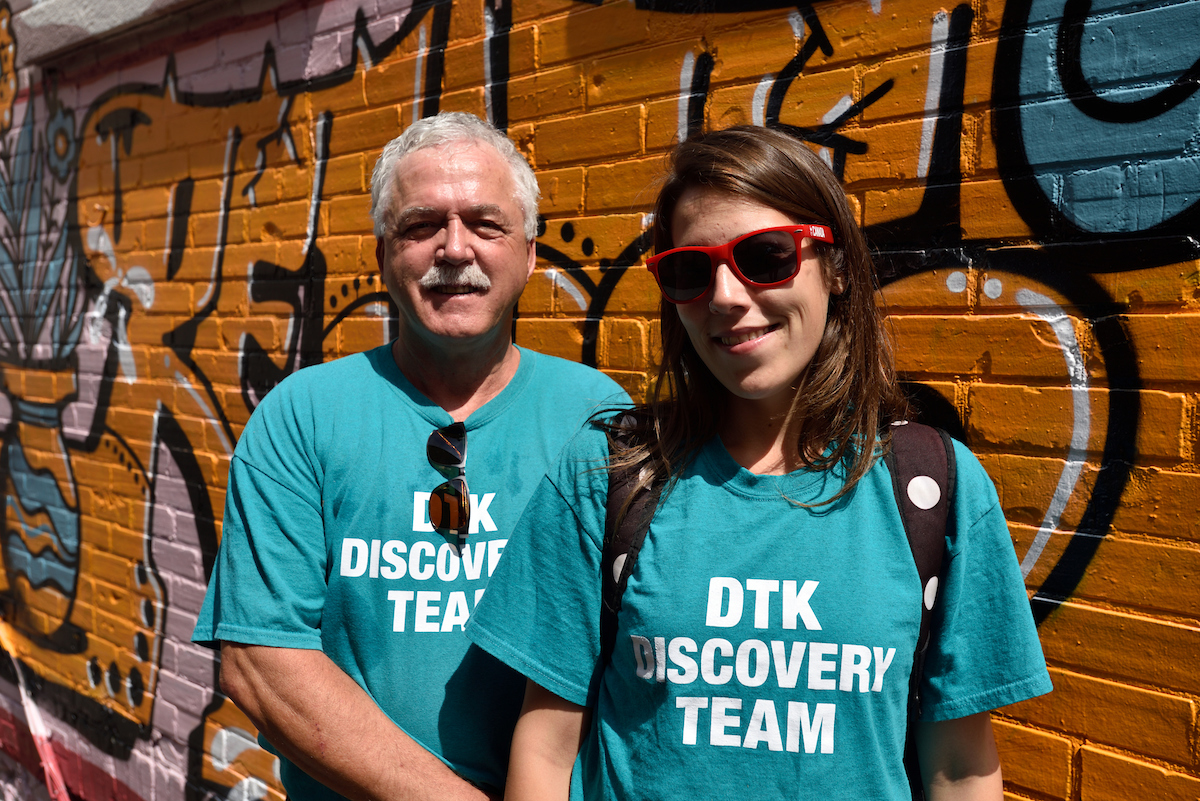 The team consists of pairs who work in shifts walking around downtown Kitchener with a special focus on King Street, acting as ambassadors to the downtown area.

“Their goal is to make sure they know all the people in the streets. To talk to people, to identify, say, someone in trouble or having a hard time, or needs something. It’s pretty surprising how many people they might come across who are in distress. And whether that’s, you know, someone with a street issue or a customer, or someone who’s downtown and doesn’t know where they are,” said Joe Mancini, director of The Working Centre.

“There’s all kinds of reasons how just being a friendly presence on the street that’s familiar with everything that’s going on is a really helpful kind of role.”

Each team consists of an outreach worker from The Working Centre and someone who has experience with street life.

“That’s kind of a criteria to ensure that the people on the Discovery Team reflect some of the culture of downtown Kitchener,” Mancini said.

Though The Working Centre has many outreach workers who help service the community, they found that their time is usually spent helping people find housing or to secure income. The Centre wanted to insure it had a team with a focus on downtown.

“So then the idea, working with the Kitchener Downtown BIA, was to think about, maybe we just need another team that could be downtown, focused on downtown. Not taking people off the street to a medical appointment or following their legal issues, but focused on just being in the downtown, being a friendly face, identifying problems, identifying individuals who might need support,” Mancini said.

The DTK Discovery Team also works as a way to handle disturbances and misunderstandings without having to involve law enforcement.

“It’s not about policing the downtown, it’s about creating a community. So, you know, sometimes a group of people … maybe by their actions they’re becoming a little bit more dominant in that part of the downtown, and maybe it doesn’t feel good for everybody else,” Mancini said.

“But you don’t need the police to tell people that, you can just kind of have a conversation,” Mancini said.