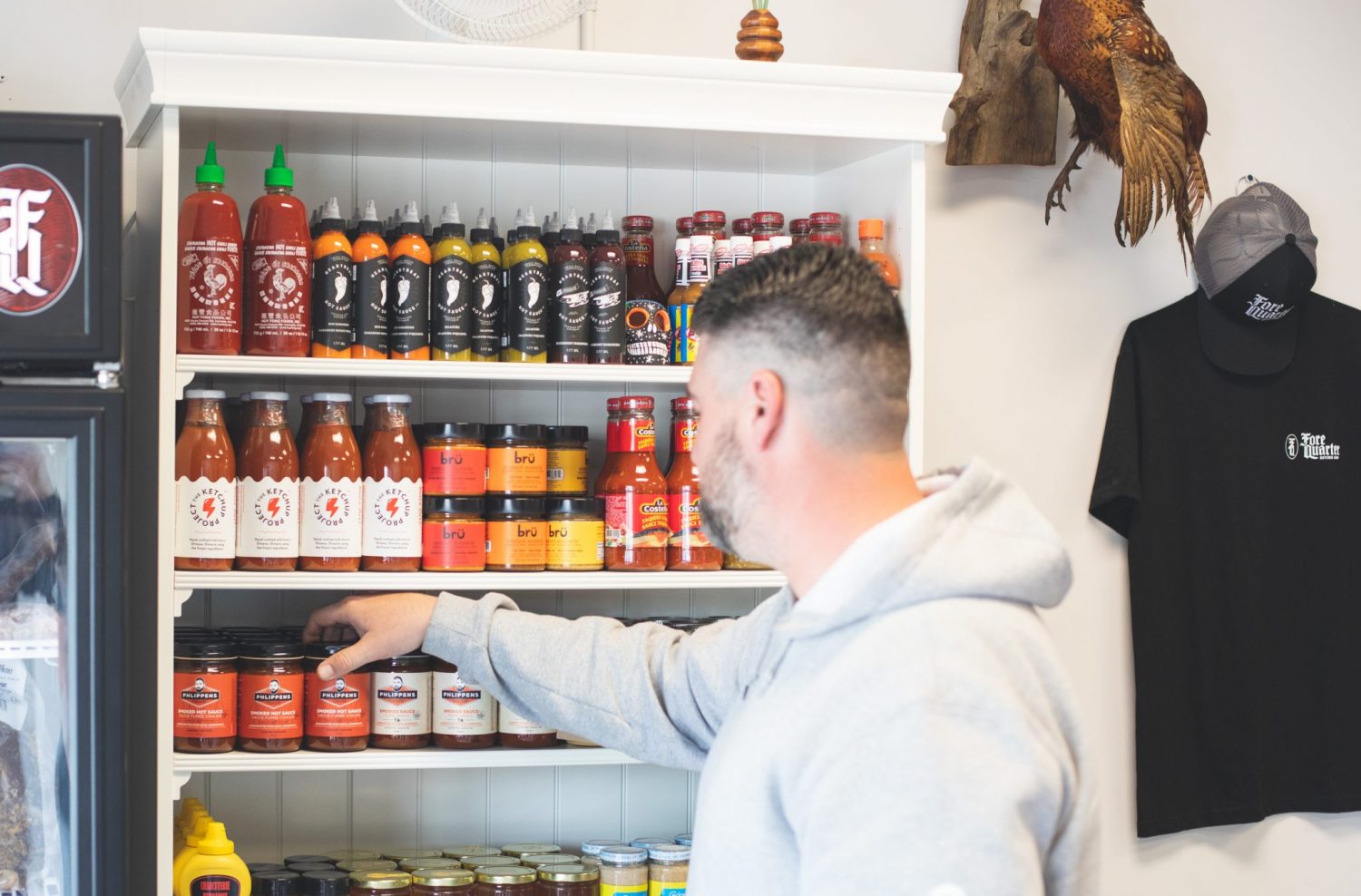 Local sauce connoisseur and entrepreneur Kris Phippen, of Phlippens premium sauces, may not have initially imagined his future being one that would unfold into a growing sauce empire, but it may just be the one he’s getting — one jar at a time.

In less than two years, Phlippens sauce has grown to be stocked in more than 15 restaurants and 300 retailers across Ontario.

As a man who could be dubbed the Willy Wonka of smoked sauces, Phippen is a born-and-raised Kitchenerite — Kitchenerian? — whose rapid and growing success has been shrouded in mystery and intrigue. But who is Kris Phippen and what makes his sauce so “phlippen” good?

Phlippens sauces can be described as true “everything” sauce: whether it’s used in a pasta, on a pizza, as a barbecue sauce, for vegetables, as a salsa, a chutney, a dip or a spread — Phlippens prides itself on being a unique, versatile and community-based product.

Phippen himself even describes his products as a bit of an “everlasting gobstopper”  — a “sweet, tangy, hot, smoky” and overall extremely flexible sauce that can be used in a nearly endless number of delicious dishes. 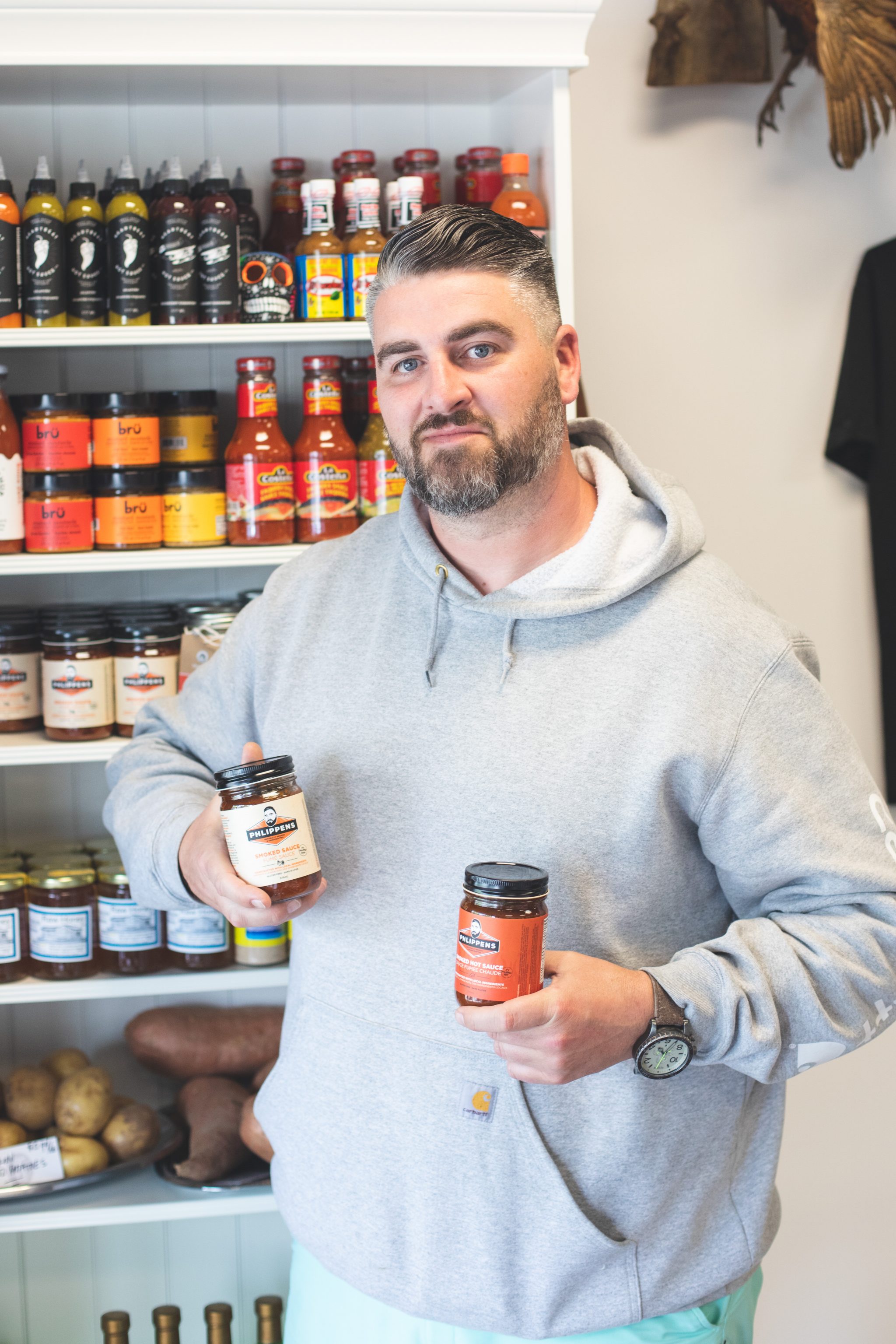 The sauce itself is hand-smoked and handcrafted in small batches, using fresh, whole ingredients and no fillers, artificial products or heavy hickory-flavour smokes — made slowly, with endless passion and local pride.

And like his sauce, Phippen’s personal history is equally complex and layered.

“I had my daughter when I was about 20, I was in sales … about nine years ago, I got into a company that got me into the corporate sales role, so that had me do a lot of travelling, three and a half weeks a month,” Phippen said.

“Basically, from there, the whole reason the sauce started was because I had lost a really good friend of mine, then lost my step-dad about two weeks after his 60th birthday — and it was just one of those ‘life is too short’ moments.”

After feeling like he was missing out on so much of his daughter’s life and those close to him, Phippen realized what he really wanted to do, leading him down the smoky path towards his destiny.

Phippen promptly quit his job, came up with a recipe in his garage and worked tirelessly to come up with the perfect sauce, logo, branding — all while orders for his sauce grew rapidly over a period of months. 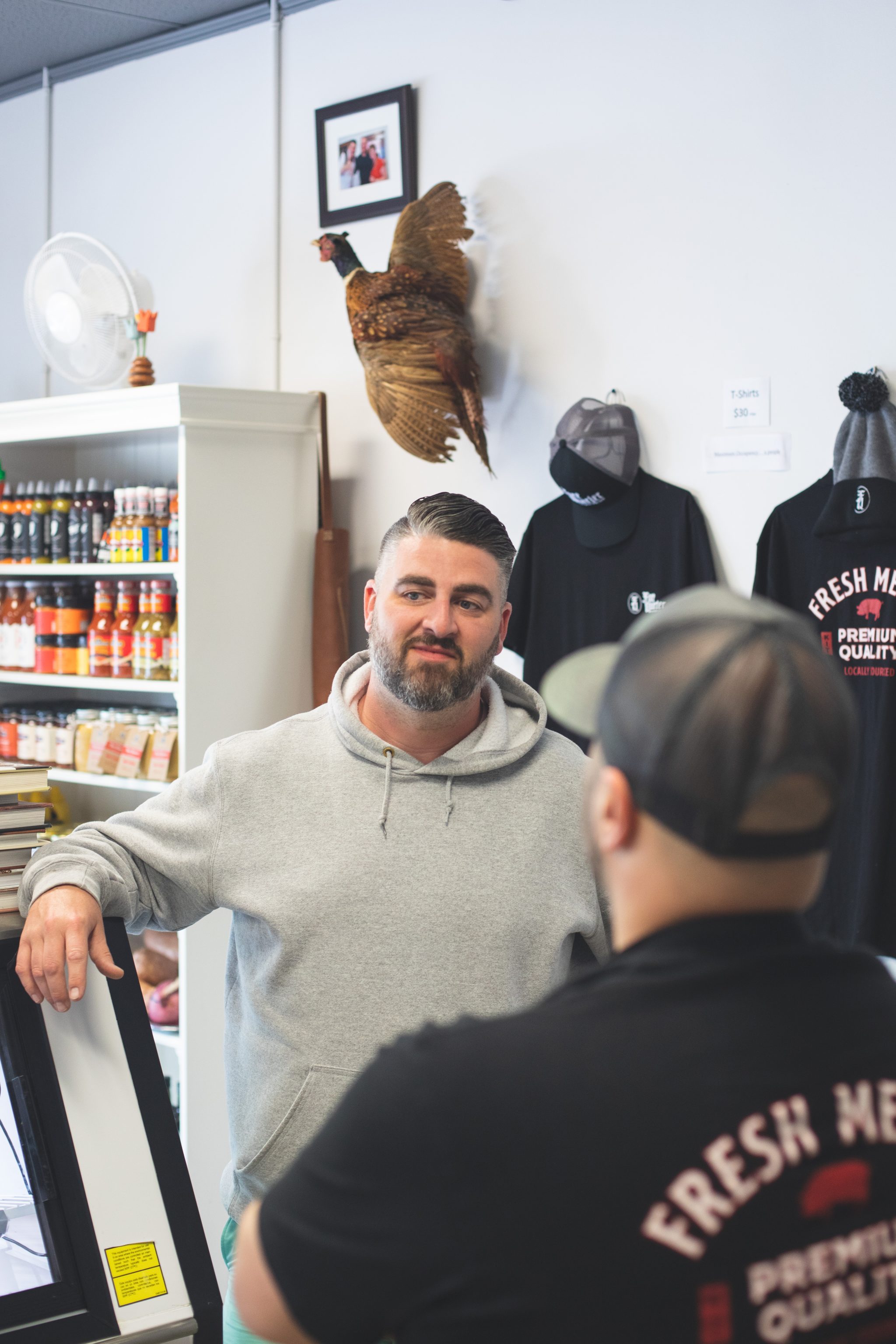 And as far as the logo goes, Phippen thought that “if I’m going to come up with something, then I want to stand behind it, throw my name on it — and my face.”

But one of the hardest parts of this process was getting it into stores.

“Basically [they told me] “this might be the hardest thing” and “you’re an idiot for trying to start a sauce in probably one of the toughest markets there is,” and I just had a heavy passion … that I could, hopefully, make something work,” Phippen said.

“It grew [from] 30 stores in my first six months, into somewhere around 250 and [I’m] almost ready to take it as a national brand.”

Despite his success, Phippen is still fiercely loyal to Kitchener-Waterloo, because of the businesses and residents that understand not only his product, but his story, and have stood behind him as he has grown his business.

“This city alone is definitely part of the whole story … my sales, the network, the people, the most talk about it is in Kitchener-Waterloo, which makes me extremely happy. I don’t think I could have just hit Toronto with this product and launched it like it did,” Phippen said.

“It started to build momentum here, and now stores are calling me, and restaurants are calling me — it’s blowing up into something that I never [foresaw].”

And with every jar sold, and every store who starts to carry his sauce, the Phlippen family grows a little bit bigger.

“Every store and every customer that I post about or talk about [on social media] is Phlippen family, and one of the things that’s pushing me to do that is building those tight relationships,” Phippen said.

If Phlippens goes national, or international, his love for Kitchener-Waterloo — and the people who gave him his success — is one thing about his business that he says will never change.