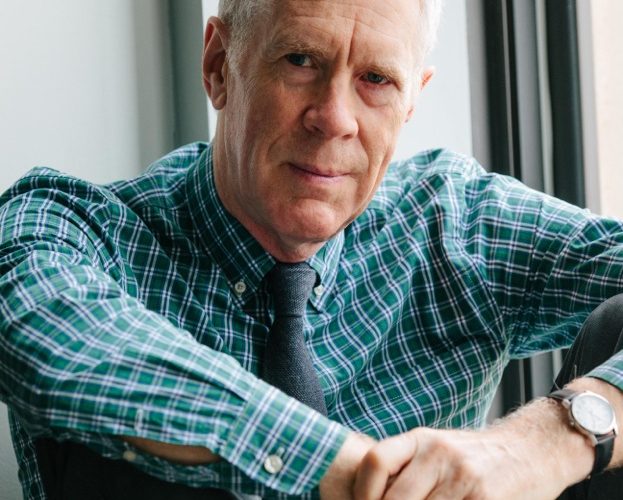 “It’s like Christmas. You know, the same, but different every year,” said Stuart McLean, host of radio show The Vinyl Café. “Same format of stories and music, but the presents are different.”

McLean is currently on the road with the annual Vinyl Café Christmas tour, which began Nov. 25 in Vernon, B.C., and is landing in Kitchener’s Centre in the Square on Dec. 16
and 17.

The two-decade-old radio series, and now podcast, is a familiar sound for many Canadians — its fables and write-in tales are often heard filling a car during long, rural drives, or floating through a home on Sunday afternoons.

While the stories may look back, the accompanying tunes provide nuances of young Canada.

“We made it a goal a decade ago to shine light on young, upcoming musicians who might not get light shone upon them in many other places,” said McLean.

This year’s show features Chic Gamine, a troupe out of Winnipeg boasting two Juno nominations for Roots Album of the Year.

Attendees can expect everything from old favourites to fresh music for their listening ears, but The Vinyl Café is crafting more than an entertaining evening.

“I’ve learned that the line between [fact and fiction] is much greyer than one might imagine,” said McLean, reflecting on his transition from journalist to touring taleteller. “When writing fact you go out and research, but the true story I might tell is different than the one you might tell,” he said. “There is a lot of author in creating fact.”

Since his reporting days on the CBC’s Morningside with Peter Gzowski, the journalist with an unmistakable cadence in his voice migrated to telling fictional stories about his keystone characters Dave, Morley and their family. The roadshow recordings also host essays and write-in short stories from across Canada, many of which are encompassed in the podcasts and The Vinyl Café book series, writing a chapter into Canadian culture.

“I believe we, as Canadians, have done magnificent things, come together under very difficult circumstances,” said McLean. “We took the French, English and First Nations, plopped them down in very challenging climate, in difficult geography, and said ‘build something.’”

This sentiment, McLean explained, is motivating in his story sharing.

“These truths permeate writers’ stories, be they fiction or non-fiction. These are things that they see as important. They are my truths, too. They permeate my work, probably in a subtle way.”

The notorious rises and falls of McLean’s voice carrying from a radio speaker is printed in the textbook of Canadian storytelling. While McLean says he doesn’t concern himself with why people identify with his characters — as to not let them be shaped by it ― he notes a few truths that seem to unite the crowd.

“I understand some truths. People like to gather to hear stories. We like to laugh and feel things together, and people come together for this.”

Catch The Vinyl Café Christmas tour at Centre in the Square December 16 and 17 at 7:30pm. Tickets are available via centreinthesquare.com