Young Carers Need to Be Cared For, Too

Imagine your 14-year-old self, sitting in class trying to focus on your teacher’s lesson. However, you’re distracted by the possibility that your younger sister, who has autism and epilepsy, will have a meltdown and text you at a moment’s notice.

Or imagine that while you hang out with friends after school you get a call from your father urging you to come home. English is not his first language, and he’s been stopped by police officers who can’t communicate with him.

These are real-life examples from young people in Waterloo Region, their names omitted to protect their privacy.

These two are not alone. A recent survey of high school students in Vancouver found that 12 per cent of youth are in a caregiving role. And yet there is virtually no formal recognition of their role by federal, provincial or local governments, and little public awareness, dedicated research or supportive social policies for those known as “young carers.”

The definition of a young carer is contested and diverse, but can loosely be described as a young person, typically under the age of 25, who takes on caregiving responsibilities that aren’t normally expected within one’s sociocultural context. 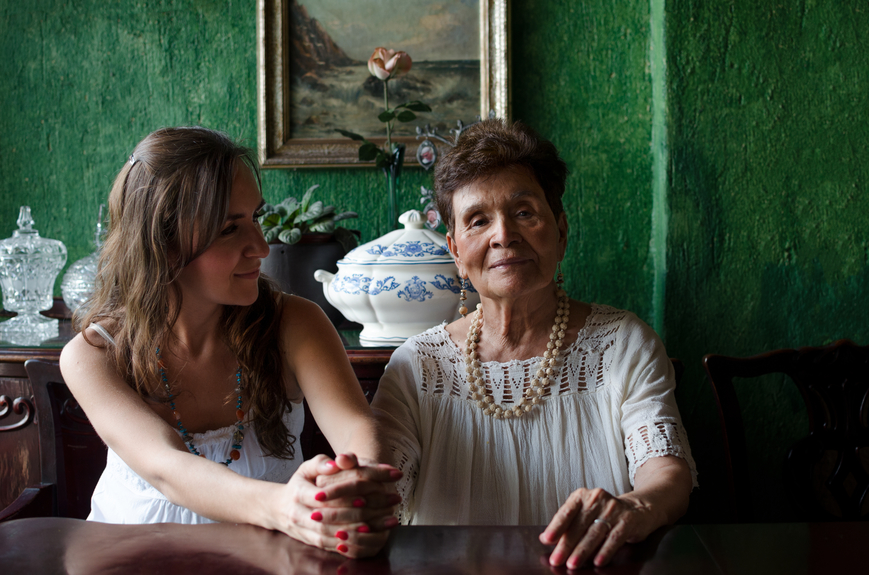 Holly Mathers, a registered psychotherapist and one-time young carer, says that she was greatly impacted by her sister’s chronic health issues while growing up in Kitchener Waterloo.

“I felt like there was a hijacker in our lives who could take over at any time when Amy had another life-threatening health crisis. I would try to be constantly prepared, even when everything seemed okay.”

Though caring for siblings is a very common young carer scenario, what happens when it’s a parent or grandparent who requires care or supervision?

“It can be difficult to acknowledge the impact on young carers in these families because of feelings of failure if the parents are not able to meet all of their children’s needs due to the situation,” Mathers points out. “This is where we need to spread the message that illness and other issues impact every family member and each of those members needs support.”

Young carers needs must be reflected in our social policies. At the federal level there is some support for adult caregivers through the caregiver credit and Compassionate Care Benefit, though there are no comparable policies yet for young carers.

This is especially problematic as Vivian Stamatopoulos, a professor in the Faculty of Social Sciences & Humanities at the University of Ontario Institute of Technology, has found in her research. The 2006 census estimated there were then 1.18 million young carers in Canada. This number includes young people aged 15-24, but not the many younger carers.

A great deal of research on adult caregivers outlines what many with personal experience know, which is that caregiving can take a toll.

In a report prepared for the Vanier Institute, Grant Charles and his colleagues highlighted that caregiving can have both positive and negative impacts on young peoples’ physical, social, and emotional well-being. This can include anger, social isolation, resentment and emotional exhaustion.

Some parents feel shame or guilt about young people taking on care-related responsibilities, which Mathers says can further contribute to the “hidden” nature of young carers and their work.

“Young carers in closed family systems have a much harder time accessing outside supports, resources and services because their parents are not comfortable with these interventions,” she says.

However, the young carer experience is not all bad, and can often be a driving force for future career-choices.

“I grew up focusing on others’ needs and having an awareness of issues beyond the typical life experiences of my peers. These are factors that contributed to my choice of a helping career,” she says.

The City of Kitchener also offers a Young Carer Peer Support Group. It’s a free program that meets weekly on Monday nights from 4-5:30 p.m. at the Downtown Community Centre for young carers between the ages of 12 and 17.

Support can also be as simple as recognizing and acknowledging that young carers exist, and being willing to listen when they need someone to talk with.

As Mathers says, “adult allies can make a huge difference in the life of a young carer. We have resources and training available to help you support young carers in your family or work.”

With a special thanks to Grant Charles, Vivian Stamatopoulos and Andrea Breen for their research and insights on young carers in Canada that helped to inform this article.

This article was updated for clarity and correct information on Jan. 18, 2018.