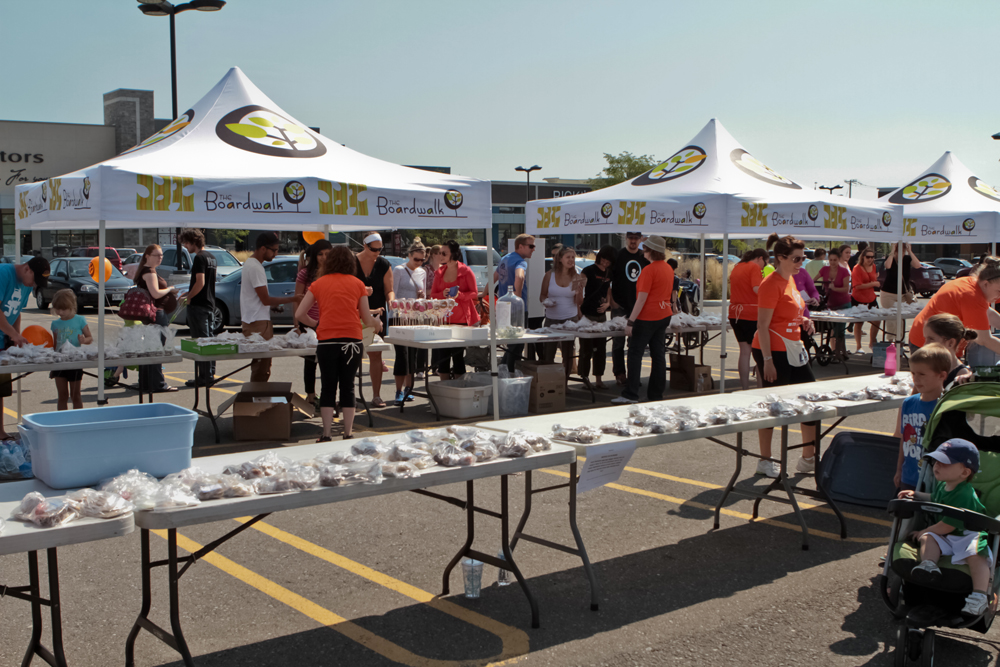 Put down the Oreos in favour of these three ingredients: take one beautiful late spring day, mix in an outdoor carnival and add a world record-setting 15,000 baked treats to choose from, all conveniently located in one enormous charity bake sale.

That’s the goal for the organizers behind The World’s Biggest Bake Sale, who aim to claim that title in the Guinness Book of World Records on May 31, 2014, all in support of local charities.

Organized and conceived by local fundraising running team the Running Rarebits, The World’s Biggest Bake Sale will be the group’s second attempt at breaking the record, which was set in New York City in May 2013.

Their first attempt, held in August 2013, was a mere 426 sales short of beating the current world record. It was an impressive feat to say the least, considering the current record holding bake sale had star-studded support from famous chefs and foodies such as Martha Stewart, Mario Batali, Bobby Flay and Guy Fieri, not to mention the considerable size difference between Kitchener-Waterloo and New York City.

However, they did achieve the Canadian record for biggest bake sale, selling 12,659 baked goods over eight hours and raising $13,006.40 for 16 local charities.

In order to reach their goal this year and break the Guinness World Record, organizers are aiming to sell 15,000 baked goods in just eight hours, all on a budget of zero dollars.

Every single one of those 15,000 delectable treats are baked by volunteers, which works out to approximately 150 bakers making 8.5 dozen treats each. Some bakers want to be part of a Guinness World Record, some are up-and coming entrepreneurs looking to gain some exposure for their talents and all are eager to help raise money for local community charities.

Running Rarebits members Chris Mintz and Maria Michel conceived of the idea of a record setting bake sale in order to raise money for the Grand River Rotary Club, which receives 100 per cent of the proceeds to distribute to charities and community organizations.

The World’s Biggest Bake Sale will be joined this year by the Carnival at The Boardwalk to offer even more excitement and entertainment on top of being part of a world record event, including rides, games, and carnival cuisine.

And there will of course be the draw of “cousin” Vince Bertolucci, Mintz’s aviator-wearing, handlebar-mustachioed alter-ego, whose energetic
antics and hilarious outfits are always a crowd favourite wherever the Rarebits are fundraising.

You’re going to eat delicious treats anyway – why not eat them while raising money for local charities and set a world record while you’re at it? Those Oreos in your pantry just can’t compare to all of that.

It’s not every day that eating a cupcake will raise money for charity – which is probably a good thing, as you don’t need an excuse to eat a cupcake every day.

Indulge your sweet tooth in the name of goodwill at the World’s Biggest Bake Sale on May 31 at The Boardwalk at Ira Needles, running from 10 a.m. – 6 p.m.