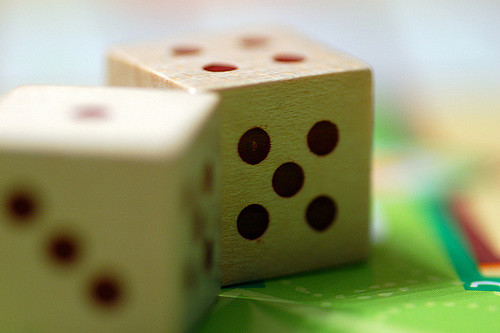 When flu season hits each year it takes a few clicks of a mouse to find out how many people have been affected and how many people have died. When a higher-than-average number of drug overdoses occur in a community, healthcare providers, police and social service agencies scramble to get a hold on what’s happening, and how to alert and protect people using drugs.

“It’s a health equity issue,” Michael Parkinson, community engagement co-ordinator with the Waterloo Region Crime Prevention Council tells me, and given the dramatically climbing rates of opioid deaths “we should be responding as we would to any other public health crisis.”

In January of this year, after the Waterloo Region Integrated Drug Strategy was informed of six drug overdoses in three days in Waterloo Region, they issued an alert announcing the launch of the community-based Overdose Monitoring, Alert and Response System, the first of its kind in Ontario. The timing is apt, as a surge of overdoses is sweeping across Canada. Bootleg fentanyl, a synthetic opioid (the same drug class as painkillers like OxyContin and hydromorphone and similar to opiates like heroin and morphine; a lot of prescribed pain-management drugs are also opioids) that is 100 times more potent than morphine and indistinguishable when cut into or passed off for other drugs, has played no small part in the trend.

With drug-related death the second leading cause of death in Ontario, the problem of opioid overdose is “quite serious,” Parkinson says.

“We know [fentanyl] is here,” he says, but the degree to which tainted drugs are affecting users in the community is hard to understand without real time monitoring. OMARS aims to serve as “a barometer on the community,” WRIDS co-ordinator Paul Gregory tells me.

Until now, WRIDS, a community-based initiative with over 20 member organizations, had been getting their overdose stats from incoming 911 calls. But when it comes to drug use there are significant barriers to calling 911; what about people who go straight to the ER, call for an ambulance citing other reasons, or don’t seek any assistance after a non-fatal overdose?

The perimeters of ‘overdose’ here are broad and not insignificant. They may be accidental, intentional or undetermined.

“People using [opioids] exactly as prescribed by a physician are dying,” Parkinson reminds me.

Opioid overdose crosses socio-economic status and afflicts both regular and occasional drug users. When cut into cocaine, bootlegged synthetic opioids like fentanyl don’t discriminate between someone who uses on a monthly versus daily basis. Non-fatal overdoses count too, as they can also indicate tainted drugs.

OMARS launched in February, with the intent to glean a “clearer picture” of what’s going on. Through their outreach van and other community connections, Sanguen Health Centre is collecting tips on overdoses and tainted drugs, and social service agencies are asked to submit information about overdoses to which they are privy through their respective clientele. Individuals are encouraged to anonymously submit overdose information online (www.whatsyourrole.org).OMARS then sends out alerts, like they did in January, via Twitter and group emails.

“The implementation is in its infancy,” Gregory says, but word is already getting around. Individuals are submitting overdose tips online, and already several community organizations have requested for overdose training, provided by Sanguen and Waterloo Region Public Health, so that they can better support and educate drug users they work with.

“The knowledge, education, awareness piece is huge,” Gregory stresses. On an individual level, OMARS can inform users of “bad drugs” and how they might practice harm reduction, including how they can access Naloxone, a short-term antidote to opioid overdose akin to an Epi-pen in response to anaphylaxis. In the region, Public Health and Emergency Services and Sanguen distribute Naloxone and train residents in its use.

Parkinson and Gregory are hopeful that knowledge and awareness can extend into policy and practice as well. To be able to respond effectively to the presence of dangerous opioids in our community, Parkinson says, means wide spread availability of Naloxone, rapid access to treatment and smarter opioid prescribing. “That would go a long way to reducing the death rate.”

It’s estimated that in Ontario there is one opioid-related death every 14 hours, he tells me.

“By the time this article comes out we will have lost a few more people.”