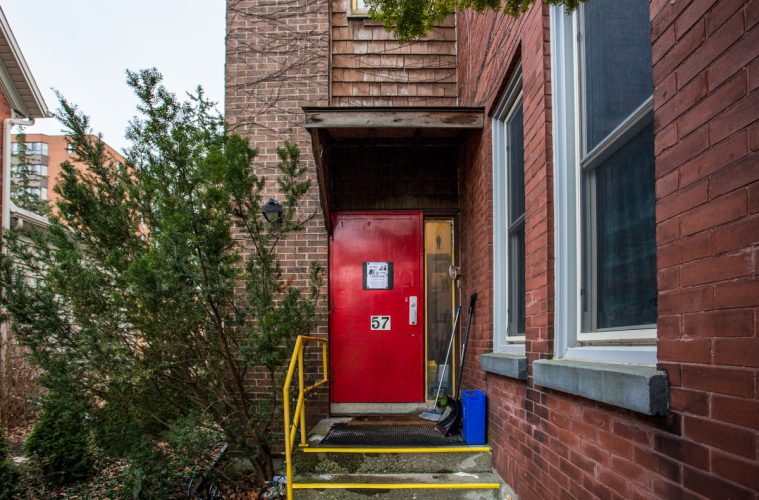 Even the casual music lovers in KW hold the title of ‘quasi-regular’ at the usual spots in town, are frequent travellers to Toronto, and are collectors of ticket stubs from local festivals. The KW music community is alive and kicking, that’s for sure — hidden somewhere outside of the traditional offerings, musicians are leaving it all on the floor for intimate crowds. The Community Edition set out to tell you where to find these hyper-local and pseudo-secret shows.

Both restaurants are licensed and presumably the shows would be, too. Princess Café is located on King Street in Uptown. Raintree is located in a plaza just south of the intersection of King Street & University Avenue.

The Outpost
After downtown Kitchener venue staples Strange Utopia and The Loft closed their doors, the core was left without somewhere that would reliably host smaller shows or take in out-of-town acts that might not get booked in KW otherwise. The Outpost is carrying the torch. It’s a small gallery off the main drag in downtown Kitchener, which doubles as a venue for music.

The Outpost appears fairly indiscriminate about the music it  supports. You would have equal opportunity of catching a rock, punk, folk or dance performance there. Shows are all ages, but there is a bar where PBR or vodka and cokes can be purchased. Comfortable seating is available for lounging, but it is limited. Bottlenecks are common when navigating room to room — the doorways seem to be conversation hotspots.

The Outpost is centrally located on Scott St. in downtown Kitchener.

The Kitchener-Waterloo Chamber Music Society
Chamber music is classical music played in small groups for small groups. Known to attract a generally mature crowd, it is nonetheless welcoming to all.

Those who would overlook classical music will miss out on this gem. The breadth of sounds in this genre is surprising and KWCMS pulls in the talent to impress. The headquarters and main concert space for the KWCMS is a house on Young Street, which overlooks the gardens in Waterloo Park.

The Branches & Friends
Legend goes that The Branches is one of the oldest houses in Waterloo, so old in fact that it has grown fantastic roots down into the earth.  Inside, The Branches is a figurative community nest, and home to a concert series known as The View From Here. According to the owners, TVFH began as a gathering between friends, but has grown outward and been embraced by the community at large. The success of TVFH grows from its values: good music, good food, good conversation and good friends.

TVFH is no longer hosted on a monthly basis, but the philosophy towards music and community has been transplanted into living rooms behind drawn curtains across the Region. Ask the hosts and they will likely know of The Branches.

These home shows are mostly folk or singer/songwriter type performances. The format doesn’t lend itself to heavy or loud tunes. Grab a bit of wine and a seat on a couch or floor pillow. For best results, arrive ready to get engaged and sing along.

Schtinkies
Schtinkies is rumoured to be somewhere on John St. in Waterloo. Local punk band Life in Vacuum played a show there recently – the fliers are still posted around Uptown. It might be loosely associated with, or filling the void of, the now defunct Trepid House. The only thing that doesn’t rest in through-the-grapevine information is that this venue typically hosts heavier music and bigger crowds than The Branches format of house  shows.

Got a favourite underground venues that didn’t make our list? Let us know @CordCommunity.