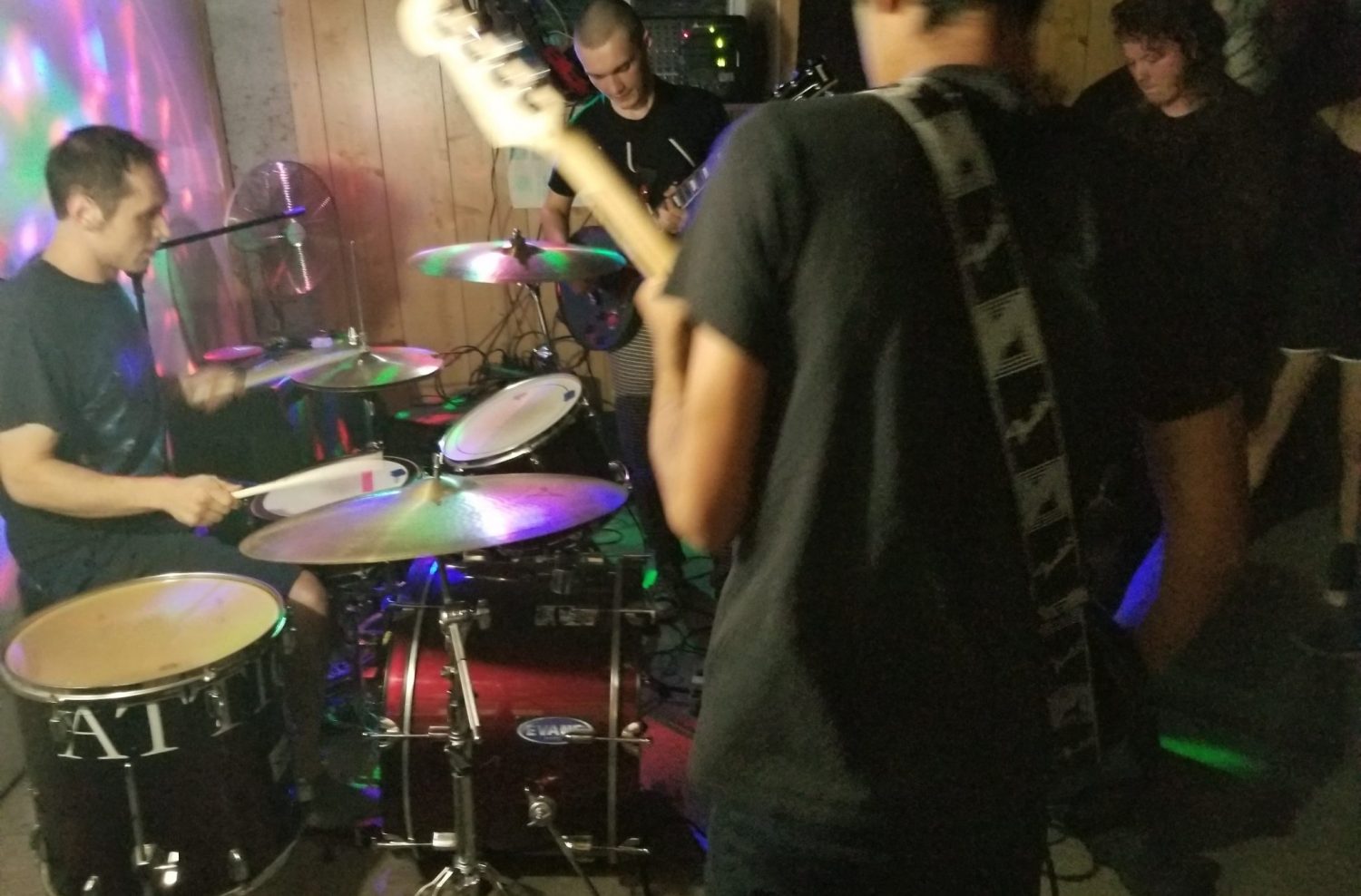 Local musician Daniel Rolf and his roommates are creating a space for local bands, creatives and music aficionados to gather. He’s been hosting house shows for the past few years in his basement and backyard as a way to support local talent and bring people together.

House shows are quickly becoming an underground alternative to traditional commercially-owned music venues. In an age where it’s becoming increasingly hard to get a paid gig, Rolf provides opportunities where bands are paid fairly, while carefully curating the right audience of listeners.

The whole idea started when “a couple of people from the local music scene moved into a place I was living in,” he said. “They invited me to a show, and that’s when I saw my first house show. But we got a noise complaint from a band practice so we knew shows were going to be out of the question, which was kind of a huge bummer.”

When he moved into the house he now rents with some of the same roommates, and one of his favourite local bands couldn’t find a venue, Rolf thought he’d try it again and host a house show of his own.

“It just went off really well, you know? The crowd and everything! We did a few more shows and then bi-monthly. I would say, on average, maybe once a month here and there because that first one kind of came up and it went so well.”

Rolf started to think it could turn into a regular venue to host local bands. Word of mouth travelled fast in the KW underground music scene and, by the second year, they had enough people coming to shows to to charge a $10 cover and pay the bands fairly.

When asked what he thinks about the local scene and where it’s headed Rolf said:

“I look at it [the house] as a starting point. Building on this, and keeping conversations going, I’d like to see a big creative music scene where anyone can feel comfortable making the music they want to make. I had to wait quite a long time to be able to do that, and now I have a space where that’s finally possible.”

He feels that the space they created at their house shows allows for that kind of conversation, learning and creative freedom bands need without the pressure to make commercial music.

Rolf also wants people to know that KW has a lot of resources for getting started in music.

“I know the library is great for some instruments and access to audio software — they have Ableton and stuff like that. If you want to get into music, you need to get some building blocks. There’s also Fresh Ground and Commons Studio. They have a full video studio and they have people there that will help you and teach you.”

Going forward, Rolf’s vision is to open a mixed media venue space that would allow for hosting shows, with a recording studio built-in as well.

As for the next house show, keep your ears to the underground.