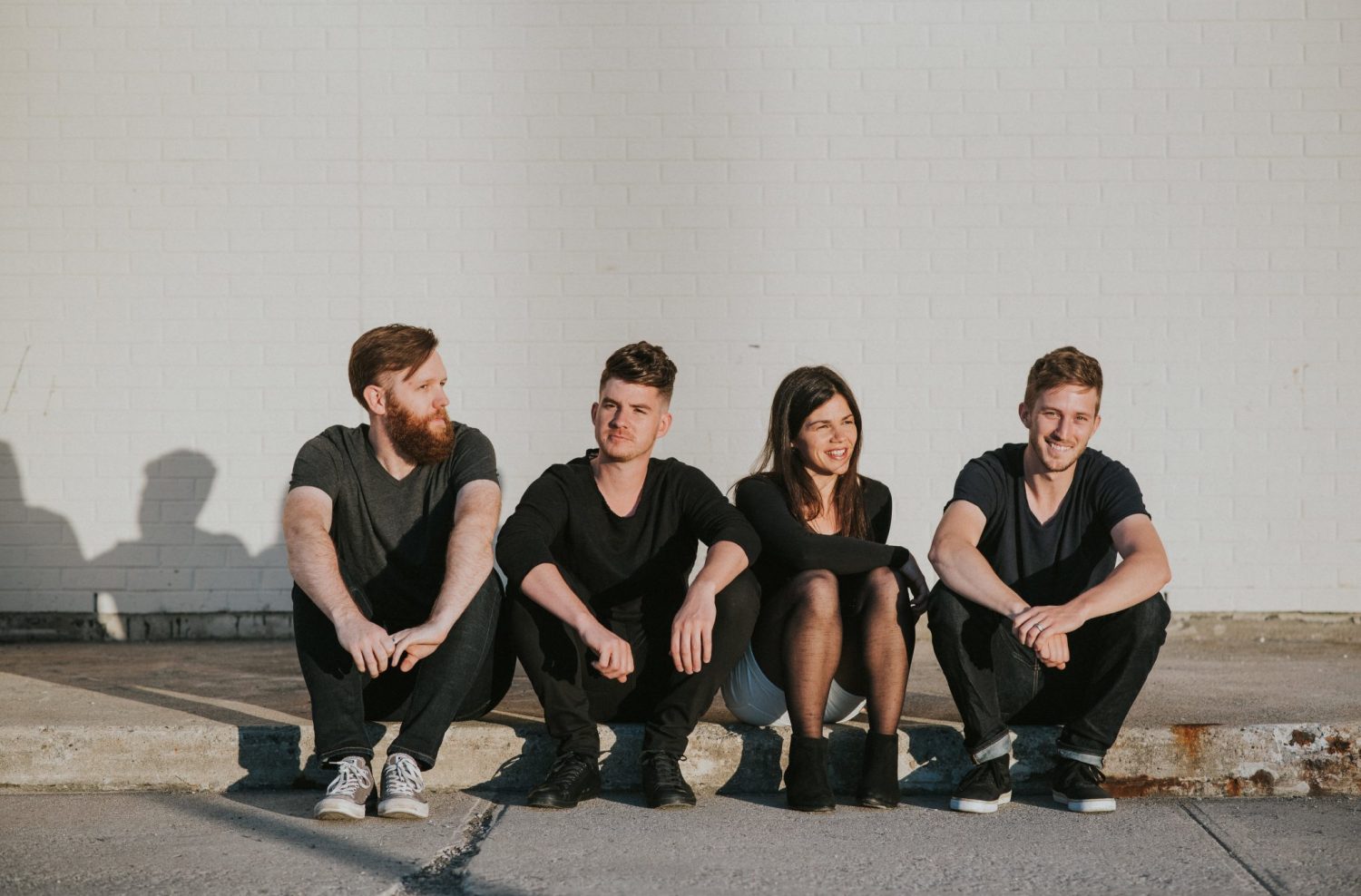 To The Trees Bring Synth-Rock to KW on New Album

Kitchener Waterloo undoubtedly has a vibrant music scene, with a surplus of hardcore and rock bands, so when you hear a band outside of that scene, they’re going to stick out.

To The Trees is a local synth rock band, a genre that has been under-explored in the Region. Consisting of vocalist Katelyn Bearinger, guitarist Mike Johnson, drummer Jake Bursey and Trevor Martin on keys, To The Trees is eagerly anticipating the release of their first self-titled EP this month.

Bearinger and Martin started their musical relationship as a folk duo, participating in the porch party circuit and playing community events in 2015. When they added Bursey and Johnson to the group, they moved away from folk.

“We transitioned into the synth world kind of naturally,” Bearinger said. “We each have a very wide variety of musical influences, but this was something that we kind of connected on and [synth rock music was] something we could easily create.”

Their first EP was made possible by The Foundation Assisting Canadian Talent (FACTOR), a federal grant that supports Canadian music.

“We hired someone to write the grant with us. It’s a pretty intense process. We had done some grant writing before, in the Region, and to a provincial grant, as well,” Bearinger said.

After being given funding through FACTOR, the band was able to connect with Chris Stringer of Union Sound Company, a recording studio in Toronto. Alongside Stringer and sound engineer Alex Gamble, the EP was made possible. Before this, To The Trees had only recorded a couple one-offs at local in-home studios.

“That was a big point for us when we realized: okay, we’re going to put a lot of effort and time and energy into this, and money. We’re doing this EP, let’s do it right,” Bearinger said.

Martin also explained that professionally recording the EP has the potential to open new doors for the band.

“Working on the EP, that was kind of our first step, I think, to delve into the music world and see what would happen and then go from there,” he said.

For the members of To The Trees, music still remains a side-hustle. Bearinger, who went to Wilfrid Laurier University for classical piano, works for the school board. Johnson is a programmer at Blackberry, Bursey is a social worker and Martin is a graphic designer.

Bearinger explained that on top of their full-time jobs, the band is almost like another full-time job, keeping them all really busy.

“Every day we have to communicate: we’re replying to emails, we’re planning, we’re processing all sorts of different things. As far as the musical piece, we get together twice a week to practice, sometimes more if we’re prepping for something. So the balance, for me, comes with being prepared,” she said.

But, as for now, the band sees value in maintaining their full-time careers outside of the music scene.

“When we have talked about [making this a full-time job] as a band, we do acknowledge that we really do need our full-time jobs. We need our day job lifestyle because of the reality of what life costs and what our needs are. I don’t know if that’s where things would go, could go. For now, it’s a side-hustle, for me,” Bearinger said.

To The Trees’ music has been described as “atmospheric within a musical structure.”

“It’s a cross between rock and pop, with a lot of synth and ambient structures,” Martin said.

The new EP deals with themes surrounding the human experience. With Bearinger as the main lyricist, she said the lyrics tell stories from her own life, as well as the stories of those around her.

“Within six songs, we talk about disconnection from other humans, from oneself; we talk about how we sometimes lack confidence and where we need to listen to our own truths,” Bearinger said.

Martin explained that he hopes the EP will get things started, and will act as an example of who they are.

“Now that we actually have a professionally recorded EP, as well as a video, we finally have some tools to start poking around in the industry and seeing what we can do with it,” he said.

The self-titled EP will be released April 6, with an album release party the night before at LOT42 alongside What If Elephants and Oh Geronimo.