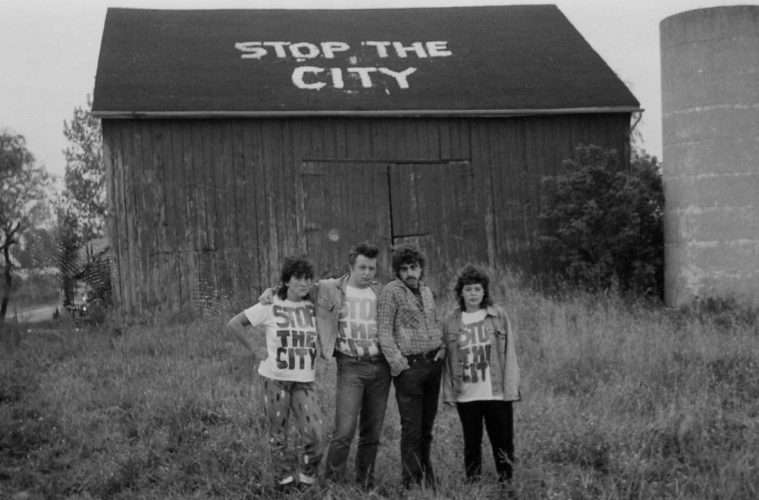 Those Who Fought to Protect the WR Countryside Lines

Back before they built a roundabout at the intersection of Erb Street and Erbsville Road, before the commercial plazas and townhouses, this part of Waterloo wasn’t a part of town at all, but a hamlet called Rummelhardt.

In 1986, this was the western edge of the city, and Fred Martin wanted to keep it that way.

“We had a fairly good garden there, we had some livestock, we had some chickens and pigs, we made apple cider. It was more of a life skills learning thing. Save a bit of money and understand how to butcher a chicken,” Martin said.

Martin and his housemates were students at the University of Waterloo. They lived on a 2.5 acre farmhouse property that had a weathered barn and a grain silo with a missing roof.

They painted the words “STOP THE CITY” on the barn’s roof in bright white letters. It was their response to the relentless creep of suburban sprawl at their doorstep. 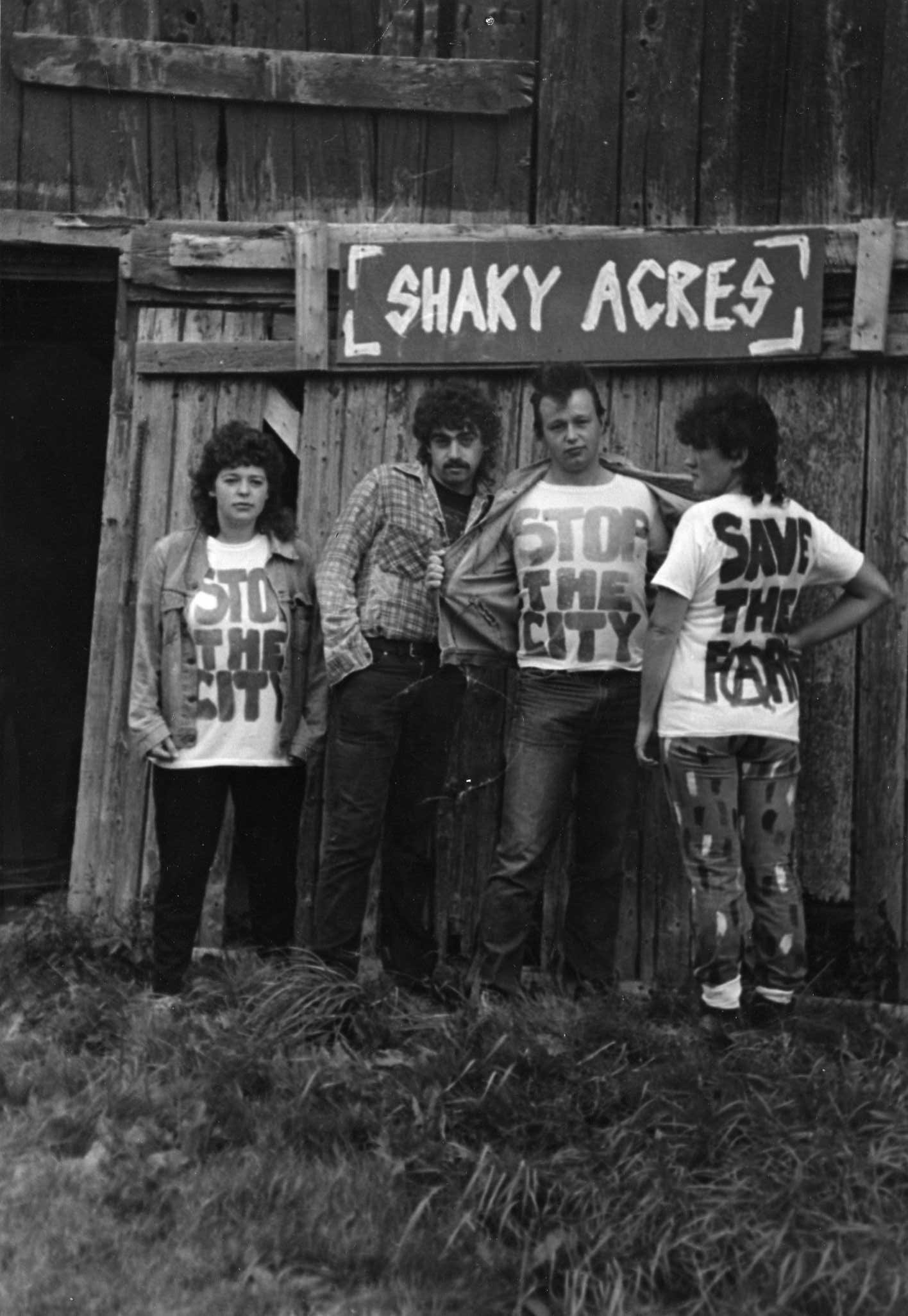 “When development happens on grade A agricultural land, it’s a resource that you’re going to lose forever,” he said.

Today, the Ontario government is considering expanding its Greenbelt to include the Waterloo moraine, located at the rural-urban boundary in northwest Waterloo. The moraine replenishes groundwater that all of us in Waterloo Region rely on.

The Greenbelt wasn’t around in 1986, so Martin and his friends took matters into their own hands. On a Saturday in October, they hosted BarnFest, a ten-hour live music festival to support the cause.

“Our point was to try to ensure that we maintain some integration of farming, or even just good market gardens, close to the urban market,” he said.

As new suburbs replace farms, they upset the balance between city-dwellers and rural agricultural producers.

“It’s a matter of food-land as a resource … Urban people need to be happy when they smell shit.”

The need to protect our water wasn’t yet on the radar at BarnFest. That concern would burst to the forefront three years later, when Elmira’s groundwater supply was found to be tainted with industrial toxins. (That contamination still hasn’t been cleaned up and residents of Elmira can’t drink their own water.)

In the end, BarnFest was not able to save the farm. The city expanded westward and its limit now stands at Wilmot Line, just at the edge of Waterloo’s new Vista Hills neighbourhood. 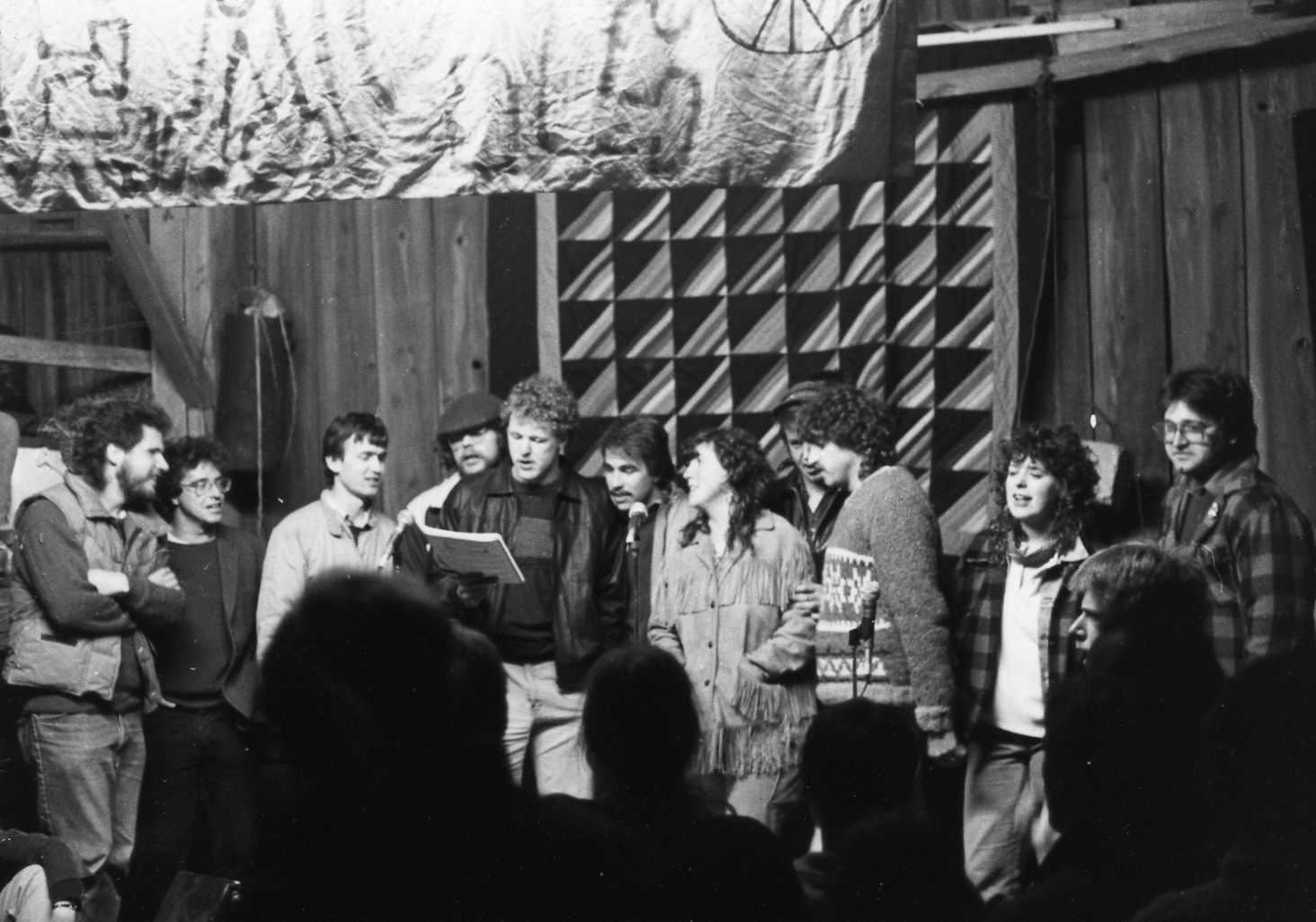 Today, politicians and city planners agree that this is where the sprawl will stop. In 2010, our Regional government agreed to protect rural areas with a countryside boundary line, which defines where the city ends and farmland begins.

“It’s a totally different political climate from the ‘80s, where it was all about growth and ensuring residential single-storey construction,” Martin said.

Kevin Thomason, another local advocate for environmental protections, began asking these same questions when he was driving home to his place, which is located on the Waterloo moraine.

“I was shocked to see forests being clear-cut and wetlands being bulldozed,” he said.

To answer these questions, Thomason set out to protect land and water, first by advocating for environmentally sensitive landscapes, and later supporting the countryside line.

In many ways, the countryside line, which protects our wetlands, woodlands and groundwater recharge locations, was developed as an “effort to replicate our own mini version of the Greenbelt in Waterloo Region,” which the Region was left out of in 2005.

While we have a certain level of local protection, the expansion of the Greenbelt to Waterloo Region would provide a second layer of reinforcement to our local policies.

“In an ideal world, we would have both,” Thomason said.

“What we’ve got to do is make sure the government hears from as many people as possible, even if it’s just a sentence, one word or whatever. But we need to get people responding.”

Thomason explained that this is important for the quality of life for everyone already there.

Katy Belshaw and Sam Nabi are organizers of the Hold The Line, a cycling and music festival that celebrates our countryside. Hold The Line 2018 will take place on September 8, 2018 at Fertile Ground Farm in St. Agatha. For more information, visit www.holdthelinewr.org.