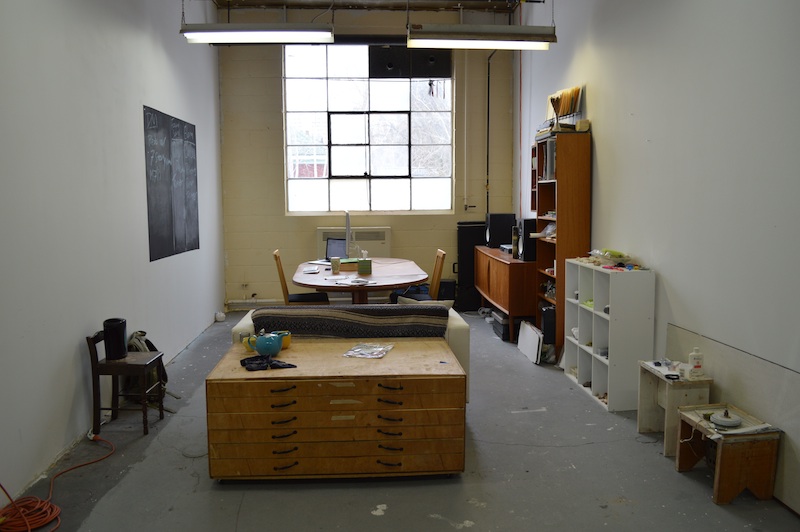 The Steep Cost of Creativity

Waterloo Region seems like the perfect place to foster a creative and involved community.

For example, according to the City of Waterloo, the Uptown Public Square hosts more than 400 events and attracts more than 160,000 people annually, which makes sense given Waterloo’s growing population and tech boom.

However, while arts and culture is growing rapidly, there may not be room for more than one successful sector.

Start-up culture has proven itself vital to the success of the Region. At the same time, its success is driving up costs and slowly pushing those supporting arts and culture out of accessible urban spaces.

“I don’t know how media artists swing it. I know poetry artists can more or less work with the space that is given to them. We often have practices in the park or in random alleyways,” said Beth Murch, 2013 Captain of KW Poetry Slam Team.

Murch says that despite the Region’s commitment to supporting local artists, finding space to create and curate art is a constant struggle.

The Region’s tech incubators like Communitech and Velocity have professionals flocking to the area to be a part of the action. As a result, Waterloo’s population growth of 1.73 per cent per year shows no signs of slowing down in the near future – population is projected to grow from 542,100 in 2010 to 729,000 people by 2031.

Due to this increase, entrepreneurs and start-ups are looking to secure the same commercial spaces as local artists. With increased demand comes increased cost, and affordable resources are finite.

David Jensenius, a sound artist from Brooklyn, New York, now working out of Kitchener, considered renting a space in the Breithaupt Block or The Lang Tannery before realizing that the term “starving artist” exists for a reason. “The prices there are astronomical. Totally out of the range of someone who doesn’t have start-up funding,” said Jensenius.

“I get the sense – although I can’t back this up with any sort of fact – that with the changes in culture that have been happening in the region, with start-up culture getting bigger – those prices are probably going to continue to go up and spaces like that are going to become a premium,” he explained.

Both the City of Kitchener and the City of Waterloo are aware of looming urban challenges in the region and have recently added arts and culture to their respective economic development plans. Considering the region is known primarily for its technological productivity, adding the arts sector to the economic equation is a novel concept.

“I think what has often happens is that people think arts & culture is nice to have – it’s a frill,” said City of Kitchener art & culture economic development coordinator, Emily Robson.

Alternatively, the restructured economic development plan is trying to “shift the conversation” to one where the arts can flourish instead of being in constant need of saving.

“It’s about investing in a sector of our community and a part of the economy that is of tremendous benefit in an economic sense, and a place-making sense as well,” Robson said.

However, Murch and other community artists are dealing with the reality of limited creative spaces in the now. Her main concern is that “it’s hard to find a space that’s safe, big enough, accessible enough and affordable.”

KW Poetry Slam’s 101 Workshop was recently hosted at Murch’s home in Kitchener. Aside from creating a cozy atmosphere, it helped cut down on event costs for the group.

The issue of affordability is partly why the City of Kitchener is considering an inquisition into the region’s underutilized spaces.

Instead of building more venues, Robson suggests that re-using commonly underutilized spaces, such as churches, may be a better solution.

“In some ways, it’s really more feasible to figure out how to re-deploy existing resources,” she said.

While the picture may look bleak for underfunded artists, support systems for organizations in the community do exist. The City of Waterloo offers a community cash grant program to sustain arts & culture organizations, festivals and events. The Button Factory and the Canadian Clay and Glass Gallery are among the recipients.

Like Kitchener, Waterloo has recognized the value arts and culture can play in the long-term growth of the region.

“The City, as well as our community partners such as The Uptown BIA and [the Creative Enterprise Initiative], has approved a new culture plan to enhance our cultural amenities with new initiatives and opportunities being explored this year and based on a 10 year plan,” said Ryan Mounsey, manager of expansion & retention services in Economic Development for the City of Waterloo.

Furthermore, the City of Waterloo is collaborating with the Creative Enterprise Institute (CEI) – an organization that looks to support creative initiates that make Waterloo Region a better place to live, work, and play by promoting services to the community through including, grandsocial.ca Among other things, the site helps artists track available venues and promote local events.

If you look at places that Globe Studios or CEI are offering, it’s much more affordable,” said Jenesius. He currently rents out a unit from Globe Studios. “It’s not dirt cheap, but I have great heat, I have great light, I have a big window, and it’s not breaking the bank.”

Globe Studios is located in Downtown Kitchener and provides affordable studio space to over 30 professional artists.

The future of arts and culture in the region is still undecided given that this chapter of Kitchener and Waterloo’s economic development plans are still in their formative stages but it is apparent that both cities are willing to push for their prosperity.