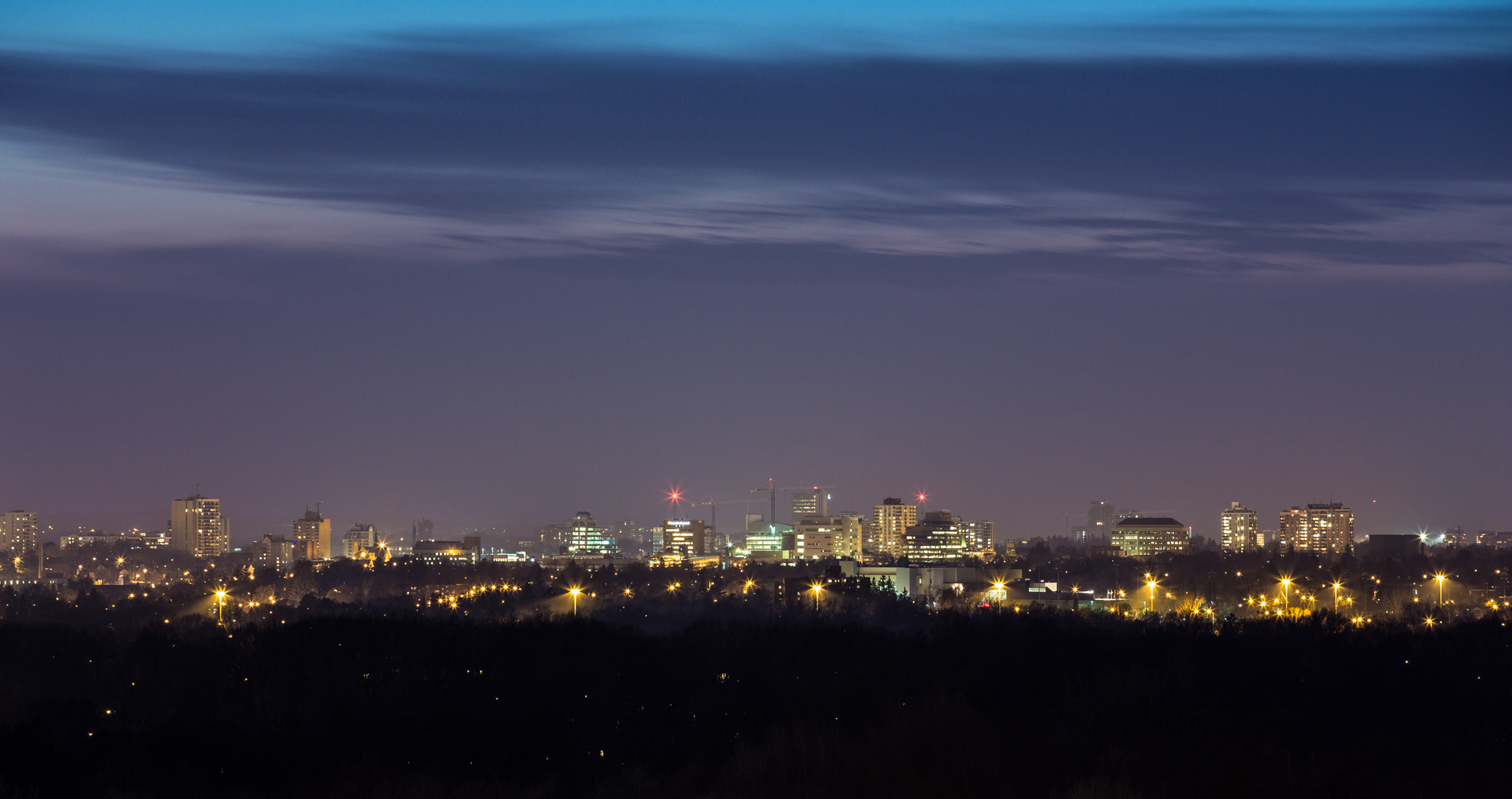 The structures that dot Kitchener’s skyline are much like a pack of hockey cards, there are some Gretzkys and Lemieuxs but there are also some fourth line enforcers that you’d really rather not see. By far the largest and most dense skyline in the region, Kitchener’s current mix of churches, office towers and residential buildings are a far cry from the myriad of smokestacks, steeples, and ornamental towers that once defined “busy Berlin.” Almost all of the taller buildings and churches lining the King, Queen, and Frederick Street corridors, creating a linear alignment that allows for a very different cityscape depending on your own orientation. With cubes, domes, steps, stacks, and steeples Kitchener has something for everyone and while it may not look like it, the skyline has seen dramatic change in recent years. Gone is the old Cedar Hill water tower, soon to be joined by the Mayfair Hotel, and welcomed is the School of Pharmacy, Courthouse, Arrow Lofts, and condo towers. Kitchener’s skyline is a true reflection of the city, it’s somewhat modest, somewhat odd, it’s got a touch of modernity and a pinch of mediocrity but it’s still easy on the eyes, and that’s just fine with us. 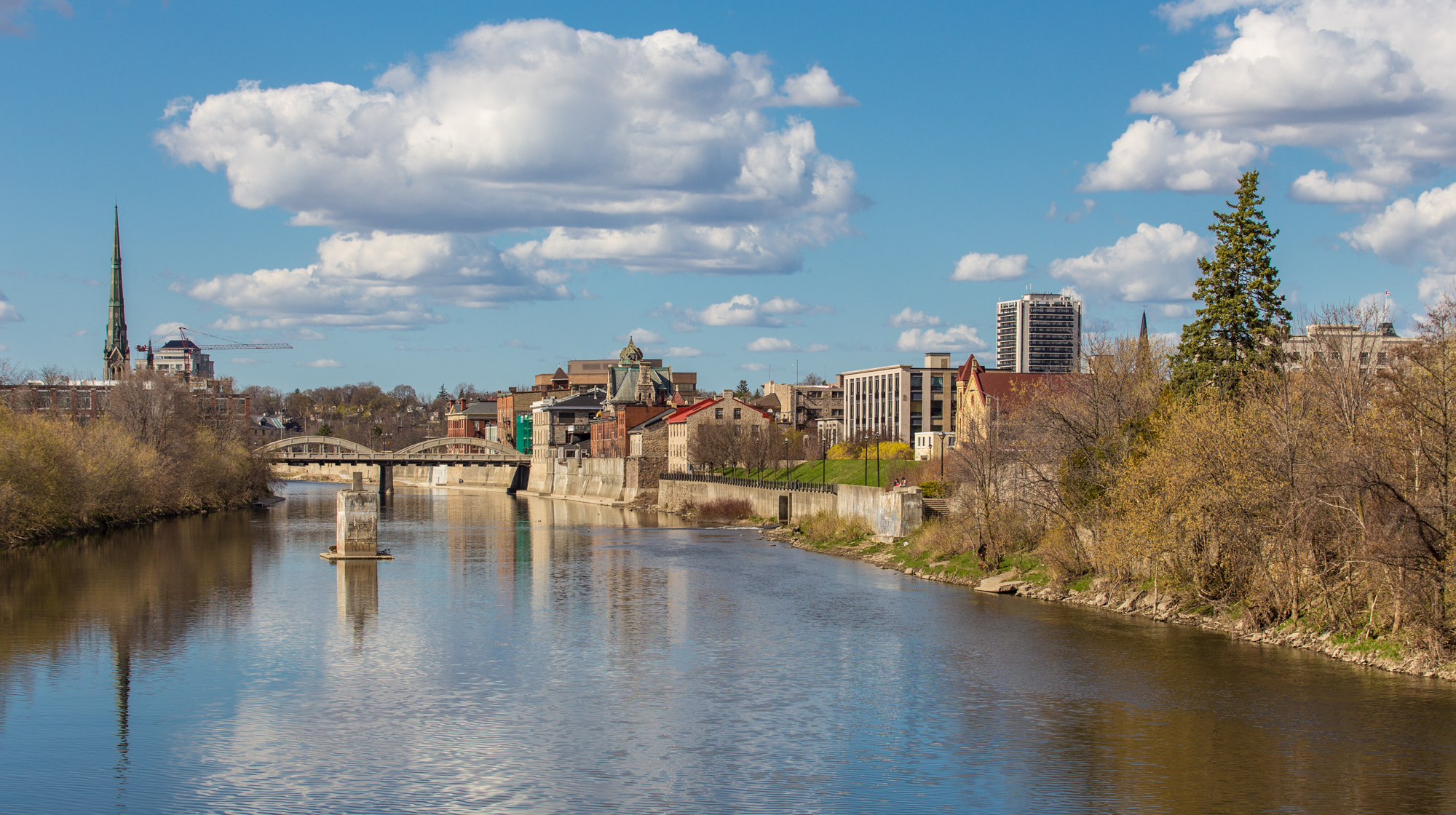 Standing on the Concession Street bridge, looking up the Grand to the riverfront skyline, it’s easy to believe you’re in a small European city. Downtown Cambridge, or Galt, for those still fighting the power, evokes a certain romantic, old world feeling that is a rarity not only in this region, but across the country. Galt’s historic core has managed to maintain most of its traditional look, with only a handful of buildings rising above 5 floors. While this makes it the smallest skyline of the three cities, it more than makes up for it with many beautiful churches, and clock towers gracing the cityscape. Another unique factor in Galt are the many smaller buildings like the School of Architecture and the old Public Library, that have a much larger impact on the city’s visual identity than they would in a larger skyline. Even the Main Street bridge helps add to the urban fabric with its locally iconic, arched braces. With proposals and construction of taller highrises currently underway, this skyline may be altered enough to see some of its historic charm fade. Until that happens we can all enjoy a stroll along the river while we take in a little slice of European grace. 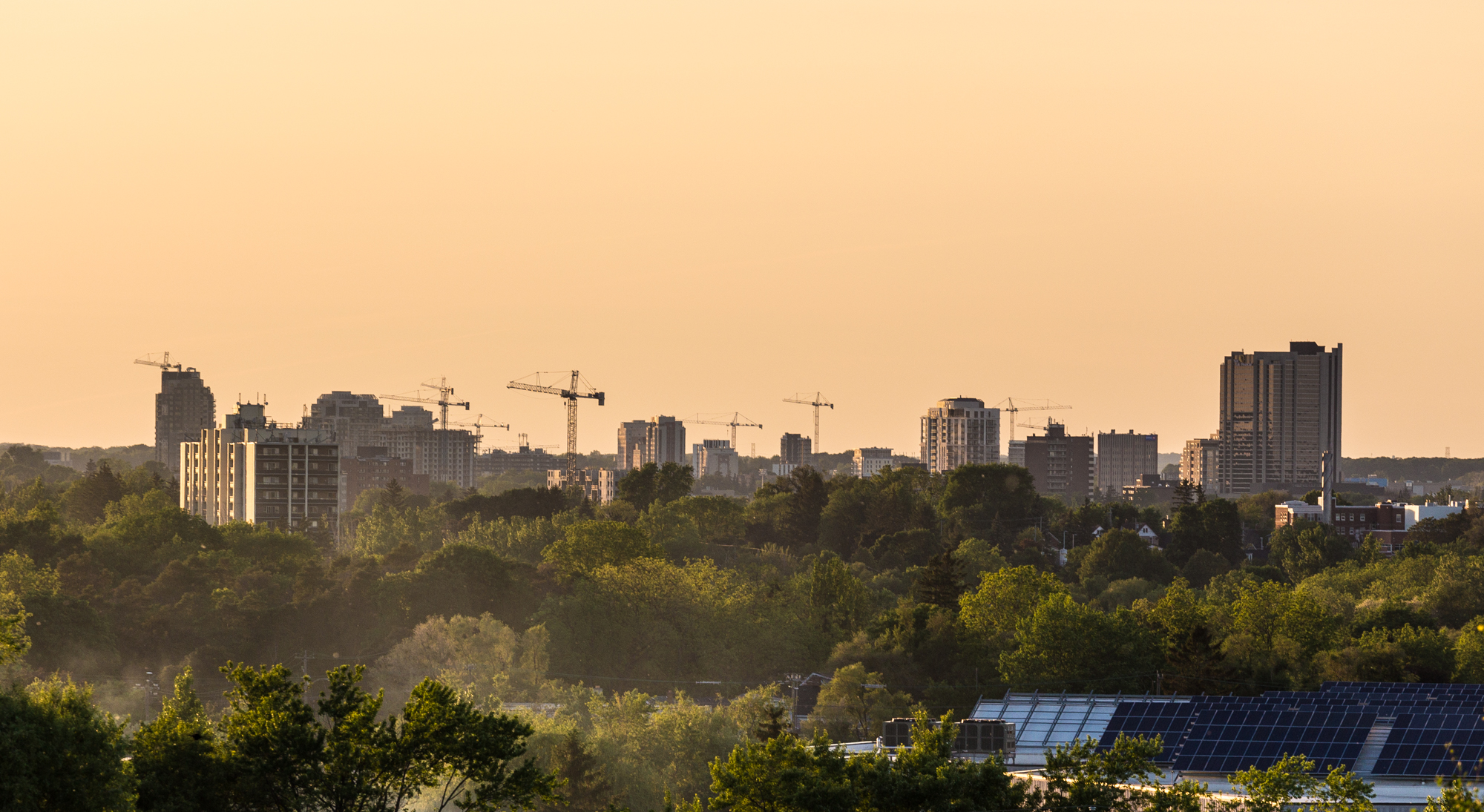 The loo is a city of two major skylines, the uptown-midtown mix and the student district of Northdale. The proliferation of primarily student-focused towers in north central Waterloo has been staggering, with dozens of new mid and high-rise buildings sprouting up almost overnight. Many of the towers boast architectural design that could be considered offensive even by the most casual observer. While there are some more attractive structures in the form of Sage I and Luxe II, we can’t help but think many of them will not age well. Take a short trip down King Street and you’ll find a cityscape on the verge of a major transformation. For many years uptown was all but void of a traditional tower skyline with the Marsland Centre as the lone ranger watching over the core. Rewind even further and uptown could have been confused as being one giant brewery with the massive Seagram and Kuntz complexes stealing the spotlight from the classical churches and towers of the day. The uptown horizon of today is filling up with new towers at the Barrelyards complex and in the south end around Sunlife’s HQ, the Region’s tallest building. As Waterloo’s buildings now reach vertically with increasing frequency we hope to see the city continue its transformation from a small city with small city thinking into a bigger city with bigger fish to fry.