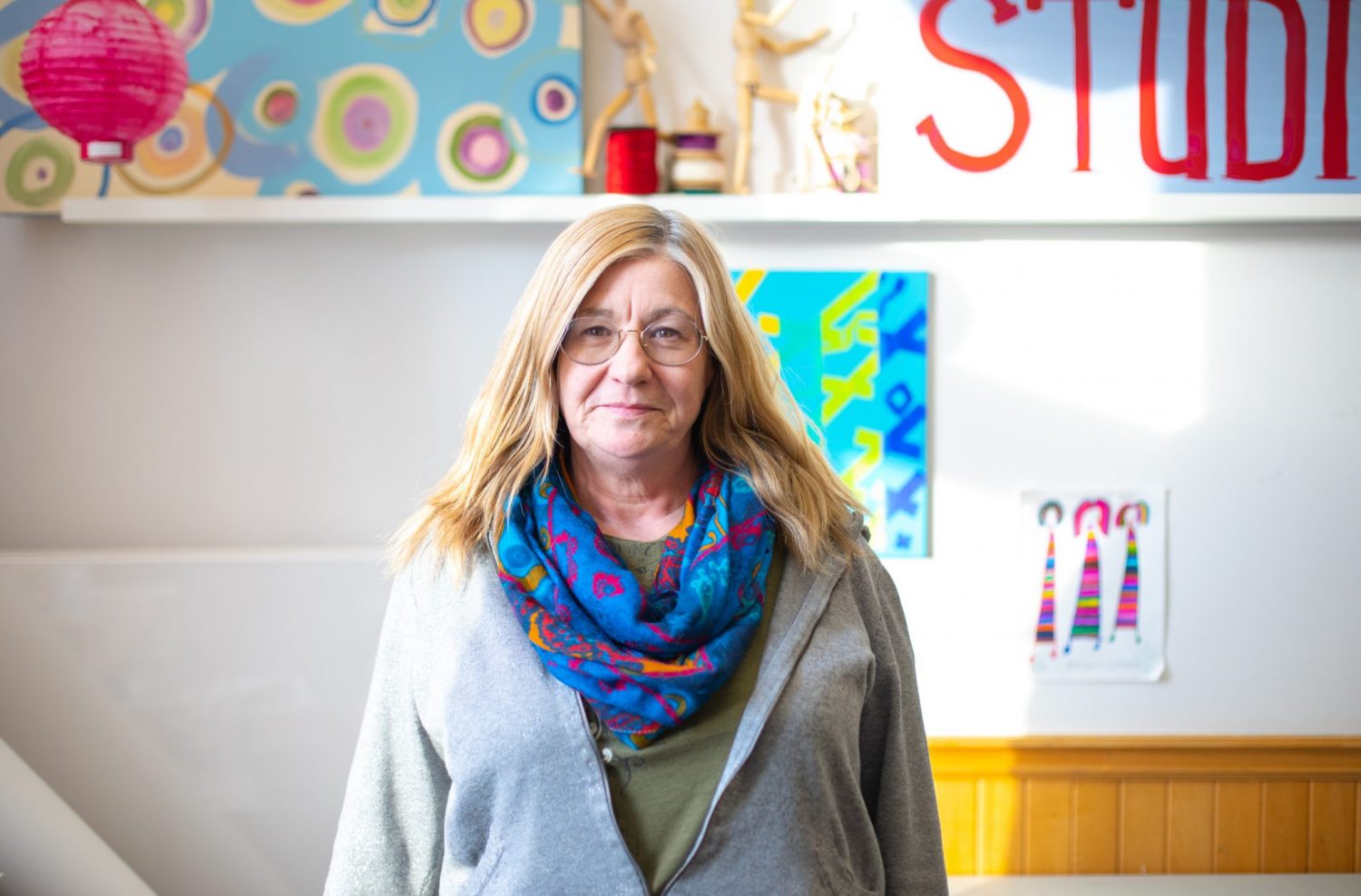 The Side Hustle: Our Studio Offers Sense of Community

Fifteen years ago, Lori Maloney was looking for work in the Kitchener area and came across a job posting in a local newspaper that intrigued her.

“Would you like to help people with developmental disabilities live the life of their dreams?” it said.

At that point she was working as a GM at a theatre in Woodstock.

“I hated it,” she said. This was despite being a part of community theatre most of her life.

She loved the concept of helping people dream up and live into their best life. It was an approach that was distinctly unique from the one she applied during her years employed at ODSP and Ontario Works offices.

And so Maloney applied and was hired to work as a facilitator with the Developmental Services Access Centre. Today, she works as an independent facilitator. In this role she helps empower people to connect with opportunities within their community, whether they be in the form of work, volunteering or social connections.

After a decade of doing this work, Maloney realized that the people she was working with were often missing something in their life.

“They had these great lives on paper, but they had nothing to do on a Saturday night,” she said.

So Maloney and her friend Cristin Osborne began to ask themselves how they might connect people. Osborne is a fellow independent facilitator and a local artist.

“We decided we would open a studio, a place where people could come and express themselves artistically,” Maloney said.

In September of 2017, Our Studio was born. It started with a small one room gathering on Mondays at 141 Whitney Place, a building whose other tenants include Four All Ice Cream and local artists. The building is owned by a local architect, John MacDonald. 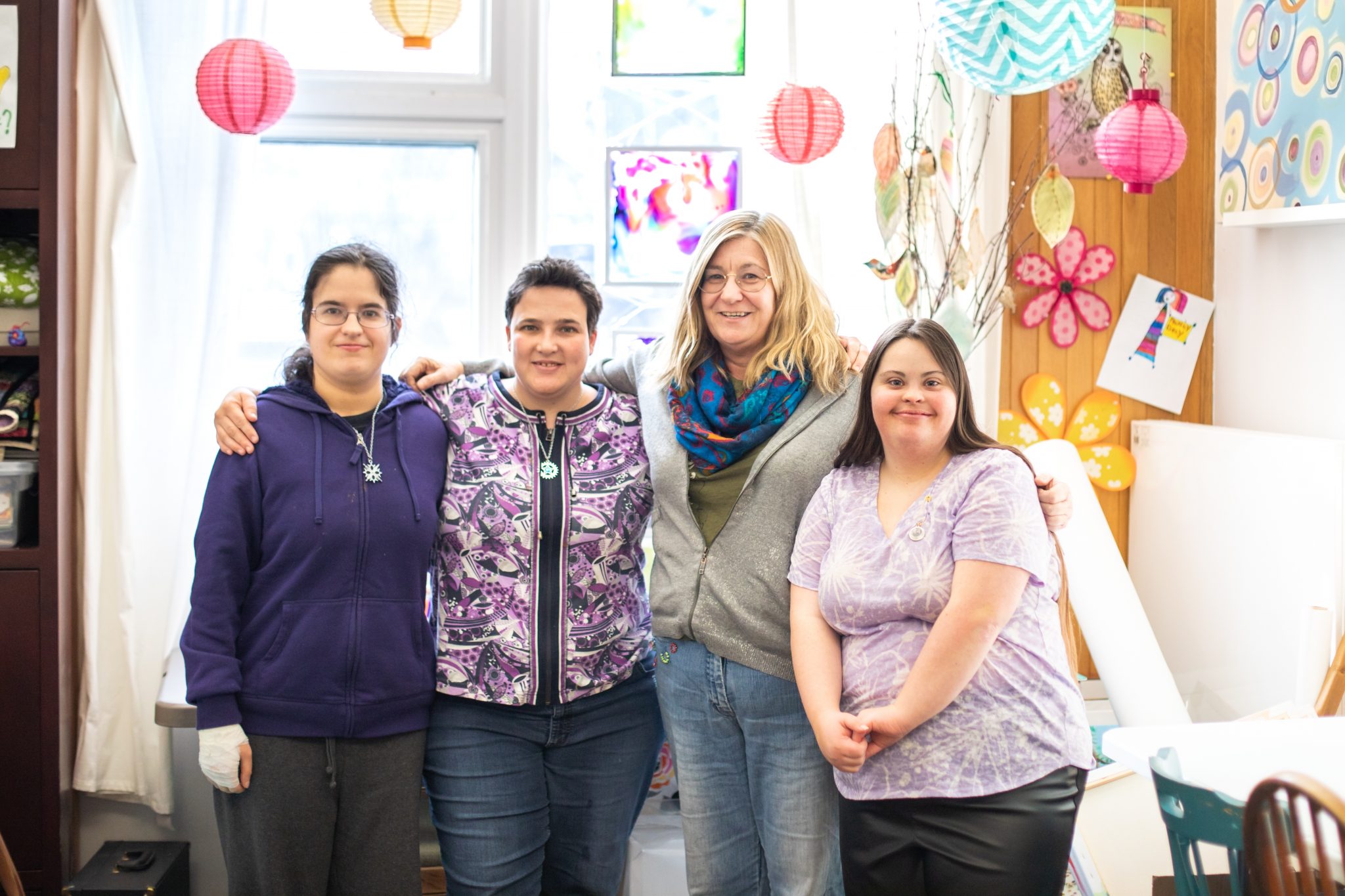 Shortly after they added in Thursday sessions, with Collaborative Theatrics in the morning and Choir on the Run! in the afternoon. Now they are also running Musical Saturdays, Karaoke Parties and Saturday Night Paint Parties.

Our Studio brings its art to the community in the form of art shows, musicals, and theatre performances.

“Here you can be a star,” Maloney said.

It has become a place where incredible bonds of friendship form.

As member Jessica shared, “Studio gave me lots more friends and the opportunity to come out of the closet.”

She was excited to let me know that at their next show, a Glee themed performance,  “my girlfriend and I are going to do ‘Jessie’s Girl’.”

Maloney’s dream is that one day soon, the space can be running five days a week. She realizes that to do so she will need a few more hands on deck. But it is a vision with the potential to significantly impact the Kitchener-Waterloo community and build a creative community hub like no other.

“Lots of times, our community members like to perform these tear-jerking songs,” Maloney shared. “And people will ask me, ‘why did you choose those songs?’ And I will say, ‘I choose nothing. These are the stories that people want to share.”

“I’ve seen entire audiences reduced to a puddle because somebody is singing from their heart about something that is so important to them,” Maloney said. “Are the notes perfect? Maybe, maybe not. It doesn’t matter.”