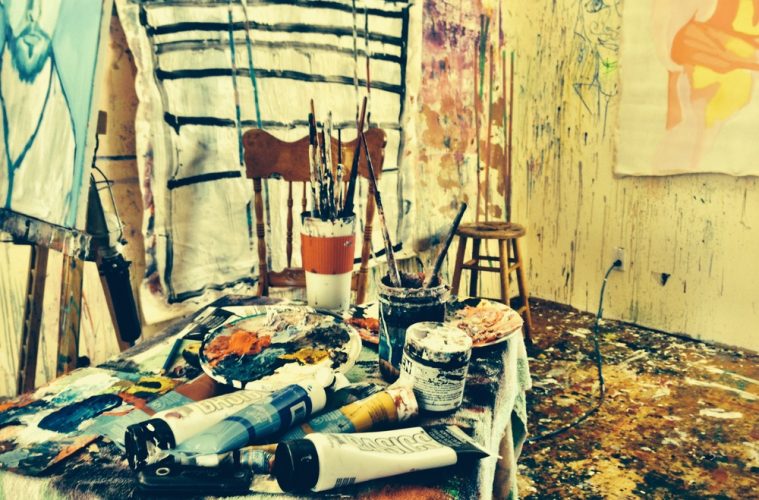 The makings of a maker culture

Katie Kish, maker and PhD research scrawls out several notes and diagrams that act as a roadmap to our conversation, we discuss the roots of her personal interest in maker culture. Her academic interest in the topic sparked by an artistic family; Kish’s father and sister are accomplished actors and musicians. Despite this connection and her personal love of a good “stitch ‘n bitch” – a meeting where a group of knitters and crocheters get together for a good yarn – Kish’s description of maker culture focuses only tangentially on the artistic aspects of the movement.

“For me, and some people might disagree, to be a maker you have to do more than just make something or craft. Being a maker is also about rejecting aspects of modern consumer culture.”

For non-makers it might be hard to associate the act of knitting a sweater or repurposing an old appliance with such a political statement. And as Kish notes, not all makers see themselves this way. But speaking with her it’s easy to understand her passion for this dimension of the movement. It comes not simply from the act of creation, but the opportunity to engage with a group of people that are finding ways to stand the process of production and consumption on its head.

In his recent book The Craftsman, sociologist Richard Sennett argues that “craftwork focuses on objects in themselves and on impersonal practices; craftwork depends on curiosity, it tempers obsession; craftwork turns the craftsman outward.”

In other words, craft is not only about how we work, but also how we work with one another.

Indeed, Sennett suggests “that the craft of making physical things provides insight into the techniques of experience that can shape our dealings with others. Both the difficulties and the possibilities of making things apply well to making human relationships.”

This aspect of building and strengthening social ties is what makes this movement an intrinsic part of the struggle to build sustainable communities.

As Kish crosses out the words “arts and crafts movement” from her sheet of paper, she discusses this aspect of community building as a defining element of modern maker culture.

“Its really about where the DIY movement overlaps with peer-to-peer networks.”

What maker culture does is embed a flexible and modular approach to material production, consumption and reinvention within an equally flexible network of local actors. From a sustainability perspective, makers certainly have a penchant for reducing their individual consumption through upcycling (the process of repurposing or fixing otherwise obsolete objects). However, the fact that they have traded in a trusting relationship with their favourite brand to be part of a community of committed local citizens is perhaps the more powerful part of the sustainability connection.

Kish suggests that these gestures, in small but meaningful ways help to “build something more to hold onto.” Waterloo Region is not unique in having a makerspace. But as Kish circles the last diagram on our conversation roadmap, she argues that we do in fact have a rather unique maker ecosystem.

“In Kitchener-Waterloo you have three things overlapping. You have the technology, you have creativity, and you have a built-in culture of localization and communitarianism. In other cities you might have two out of the three. In Toronto you have technology and creativity, but the scale of the city presents challenges to building community. In St. Catharine’s you have a scale that is conducive to community, you have creativity, but not the same tech scene. Having all three is what makes KW’s maker movement unique.”

The term sustainable community is often pitched as a target to work toward. But sustainability is not an end state for a community. It is a way of thinking about a constantly evolving set of processes that tie a community together. The maker movement in Waterloo Region is still taking hold. Yet it is already contributing to a new way of thinking and a different approach to working with the world around us.