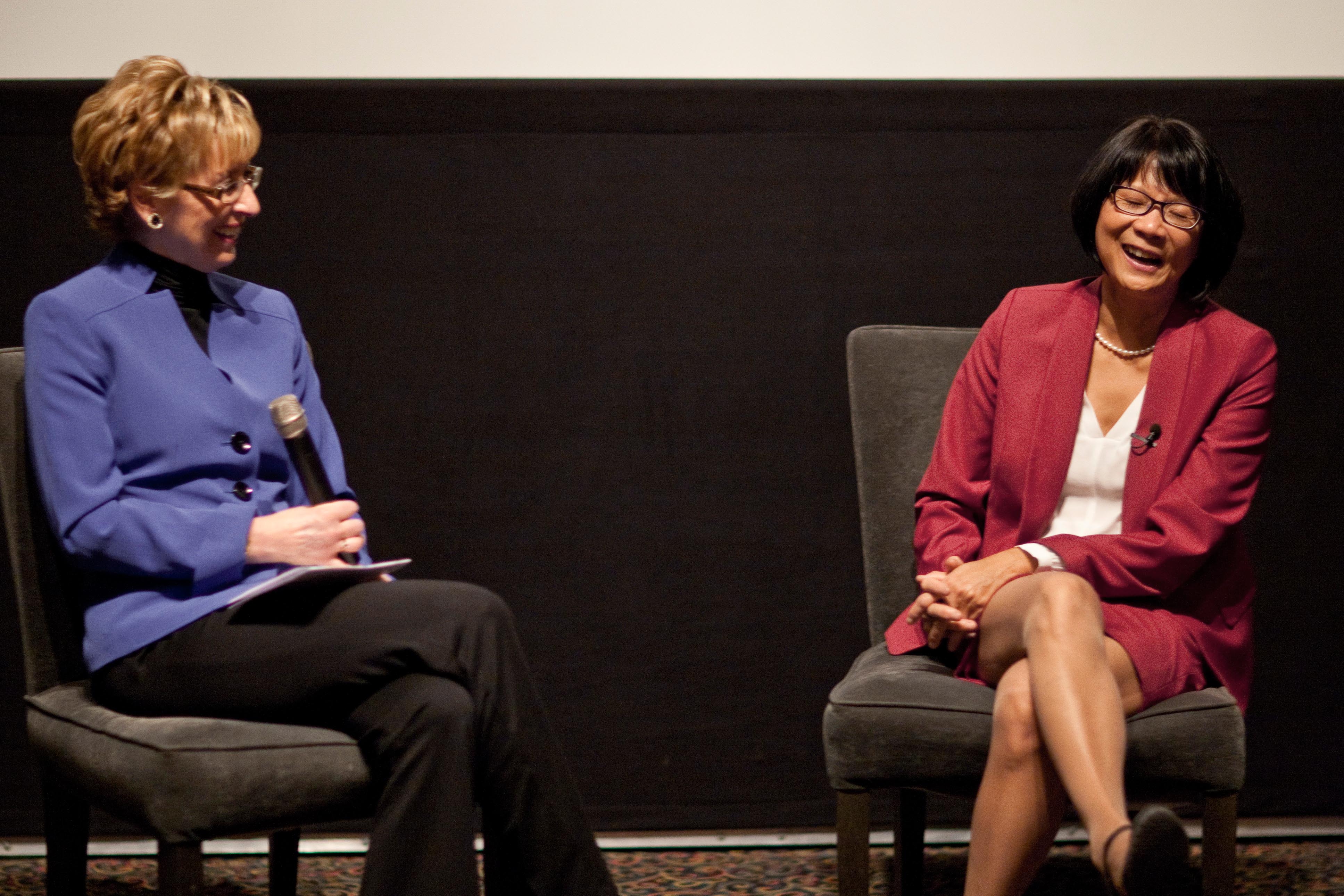 The CCE sits down with Olivia Chow

Toronto MP Olivia Chow spoke about her new memoir at Princess Cinema in Waterloo on Tuesday. (Photo by Ryan Hueglin)

Olivia Chow, MP for Trinity-Spadina and wife of the late Jack Layton, visited citizens of Waterloo Region on Tuesday for a lecture and book signing regarding her recently released memoir, My Journey.

Chow’s memoir explores the story of her personal life journey and political career, by discussing issues such as domestic violence, abuse, mental illness, loss and her passion for public service.

Chow took the crowd through her life, beginning with her immigration to Canada from Hong Kong at 13-years-old, after which she said her father began abusing her mother.

Overcoming the challenges of her childhood with strong-mindedness and self-discipline, Chow studied fine arts and philosophy in university; however, a few years after graduating she decided that as an advocate for social change, she should pursue a political career.

“I wanted to make a difference,” she said. “I got into public service because I did not want other people to go through the difficulties I did. I wanted to make life better for others.”

Chow sought roles as a school board trustee, Toronto city councilor and lastly a Member of Parliament.

Chow explained that she helped her community as a public servant, specifically with children nutrition and child-care programs. She also aided with suicide prevention, and tried to counsel people of attempted suicide, in order to make a difference in Canada.

In the late 1980s she met her late husband and former NDP leader, Jack Layton.

Chow spoke about tragic loss of her husband, in both her autobiography and lecture.

“Talking about grief and human sorrow, I realized it was pretty difficult times,” Chow explained.

“Life was pretty tough, and I found my strength, and I thought it was a good story to tell.”

Looking to the future, Chow also spoke to rumours about her political intentions, noting that she is contemplating contending Rob Ford for mayor of Toronto in the next election.

“I am seriously considering it,” she said.

“Toronto deserves a lot more than Rob Ford. As to when I’ll decide, I’m not sure yet.”

Chow spoke about a need for change in her city.

“I don’t want my grandkids to have Rob Ford as their role model,” she said.

“We need a change, but am I the person? I am not 100 per cent sure.”
– See more at: http://www.thecord.ca/olivia-chow-on-life-death-and-politics/#sthash.qGN9udje.dpuf