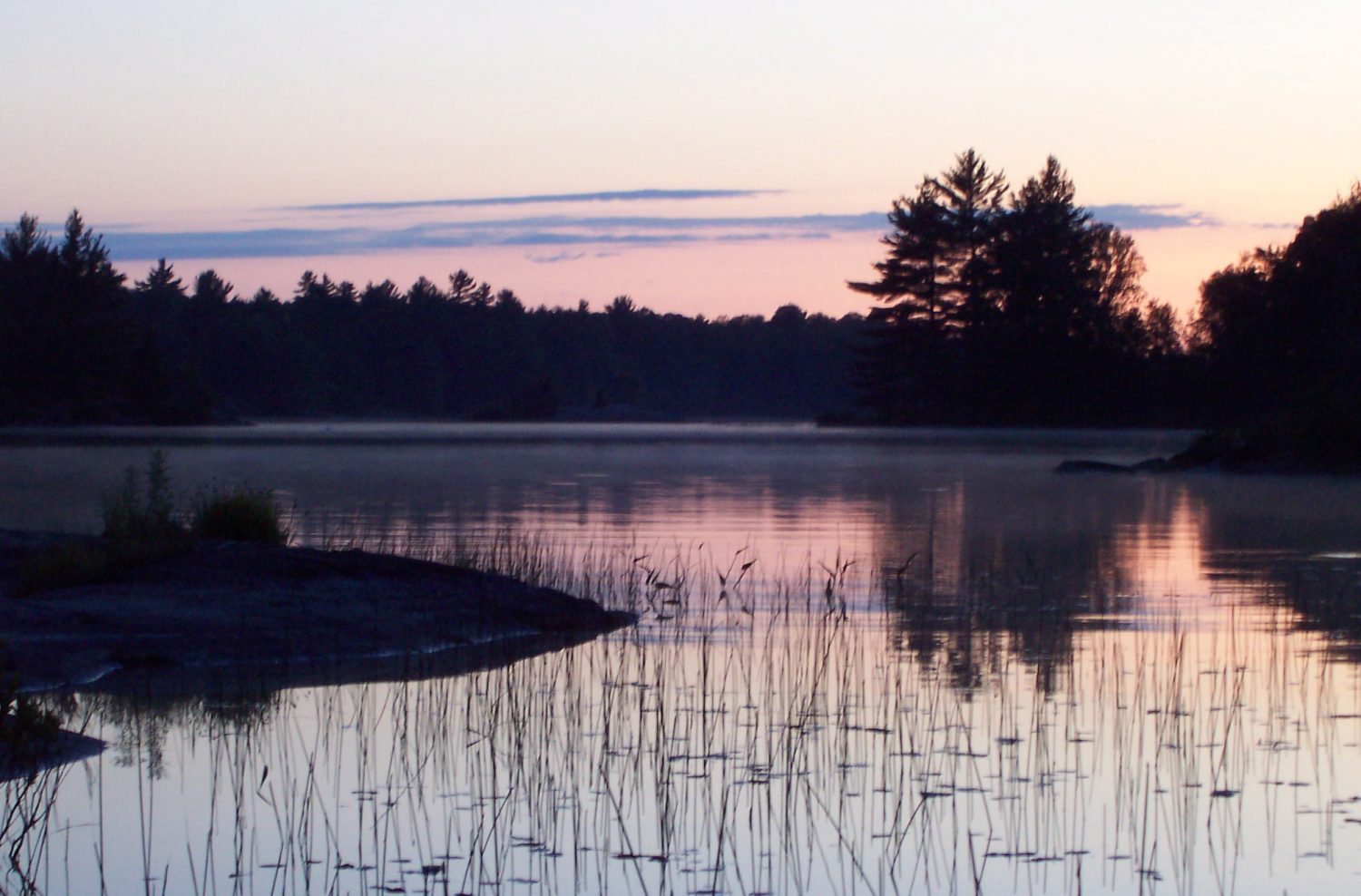 This is the story of the people who had forgotten their own story.

They lived a long time ago, by the shore of a lake, in the midst of a great and ancient forest. When the sun shone, it turned the waters to gold, and when the moon rose it changed them to silver, and all through the night and the day the great forest breathed and the people went about their work. They were content.

Beyond the village by the lake, where people worked and laughed and lived, there were wild places that offered silence and solace to those who sought it. In the stone lake to the south, deep beyond thought, the rain pooled and fish swam under sheer walls of rock. Across the river to the north, the crumbled pillars of a long-forgotten road showed the way for those who sought their heart’s ease in roving far from home. But most beloved of all the great wild places was the wood beyond the water.

There, on the lake’s eastern shore, the rays of the setting and rising sun stole through the pine branches and turned the air to mystery and breathlessness. Young people would take their fishing boats across the water and lie down on soft beds of needles, watching the blue sky through the branches darkening into night. And when they returned, with the wind among the pine trees still whispering in their ears, the old people would watch them and smile, remembering.

But for one young man in the village, there was no contentment in the journeying out and the coming home again. For as he went about his work, his ears were full of the wind through the pines, and ever he heard it whispering: ‘elsewhere, elsewhere’. And each time he returned from the Wood Beyond, his heart was more troubled than before.

At last he came before the elders of the village and said, ‘I am going now, to dwell forever in the wood beyond the water. There I have found silence and deep peace, and having once known it, I know too that this place is no home of mine. I will take with me as many as will come.’

‘Do not go,’ said the elders, ‘for when you leave, silence will come to where we are and remain.’

But the young man could not be dissuaded, and set off one morning with a great many companions, both young and old. They landed their boats on the far side of the lake and raised a new village, and there they dwelt in happiness among the tall groves they had grown to love.

But soon their love grew uneasy, for the soil was poor there, and their first harvest failed.

That winter was a hard one, and when spring came again the people argued about how best to plant and gather. As their voices rose through the pine branches, the young man who had led them felt the peace of the Wood Beyond seeping away, and the wind off the lake picked up and made the pine trees sway.

‘Elsewhere, elsewhere,’ it whispered to him, and finally he spoke, urging his companions to gather their possessions and move further east. And this they did.

In a broad valley with deep earth, they built a new village, but when the spring floods came, the land was flooded, and they lost what they had sown.

Again they picked up and moved, but the next place they chose proved too open to the north wind, and the place after that had the taste of bad metals in the water. So it continued, year after year, until those who had been young grew old, and those who were young had no memory of the village by the lake. Ever further east they roamed, and ever the voice of the wind whispered to one and all: ‘elsewhere, elsewhere’.

At long last they came to the shore of the great sea, and as the sun went down behind them it seemed that all the waves were turned to gold. The young man who had led them first was now an old man, and as he looked out over the water he heard the restlessness in his own heart echoed and re-echoed. ‘Elsewhere, elsewhere,’ sighed the waves, and he was moved almost to tears.

‘Here is the answer to our long wanderings,’ he said, ‘for when first we yearned to cross the water, our desire was only an echo of this greater yearning. Let us build greater boats than before, and sail across the wide ocean to where we shall find our home at last.’

Many were troubled and would not go, but the old man’s will was strong, and at last they agreed.

Then they built ships and put their children and their belongings into them, and began the long journey over wave and along the pathways of the wind. When at long last, and after many labours, they landed on the far shore of the world, they saw a great town built on a cliff above the beach. As the dawn broke over the hills before them, they climbed the steep pathway and came to the edge of the town.

Over all that place a great silence hung, and a lone woman walked back and forth with her infant child in her arms. The old man approached her, and in signs and halting words he told her of their journey.

‘We have come so far,’ he said, his voice trembling. ‘In all these long years we have found no place to call home.’

‘I have lived here all my days,’ said the woman, ‘and I have never called this place home. What you seek is elsewhere.’

At this, the old man’s long-suffering heart broke, and he wept there before the woman and all his people. ‘Then our journey was in vain, and there is no home for us.’

‘Maybe,’ said the woman. ‘But if I could find such a place for my son as the one you left behind, I would give everything I have to bring him there. Since there is no hope for you here, take me home with you.’

And as the wanderers turned their faces once more to the west, they began to remember.