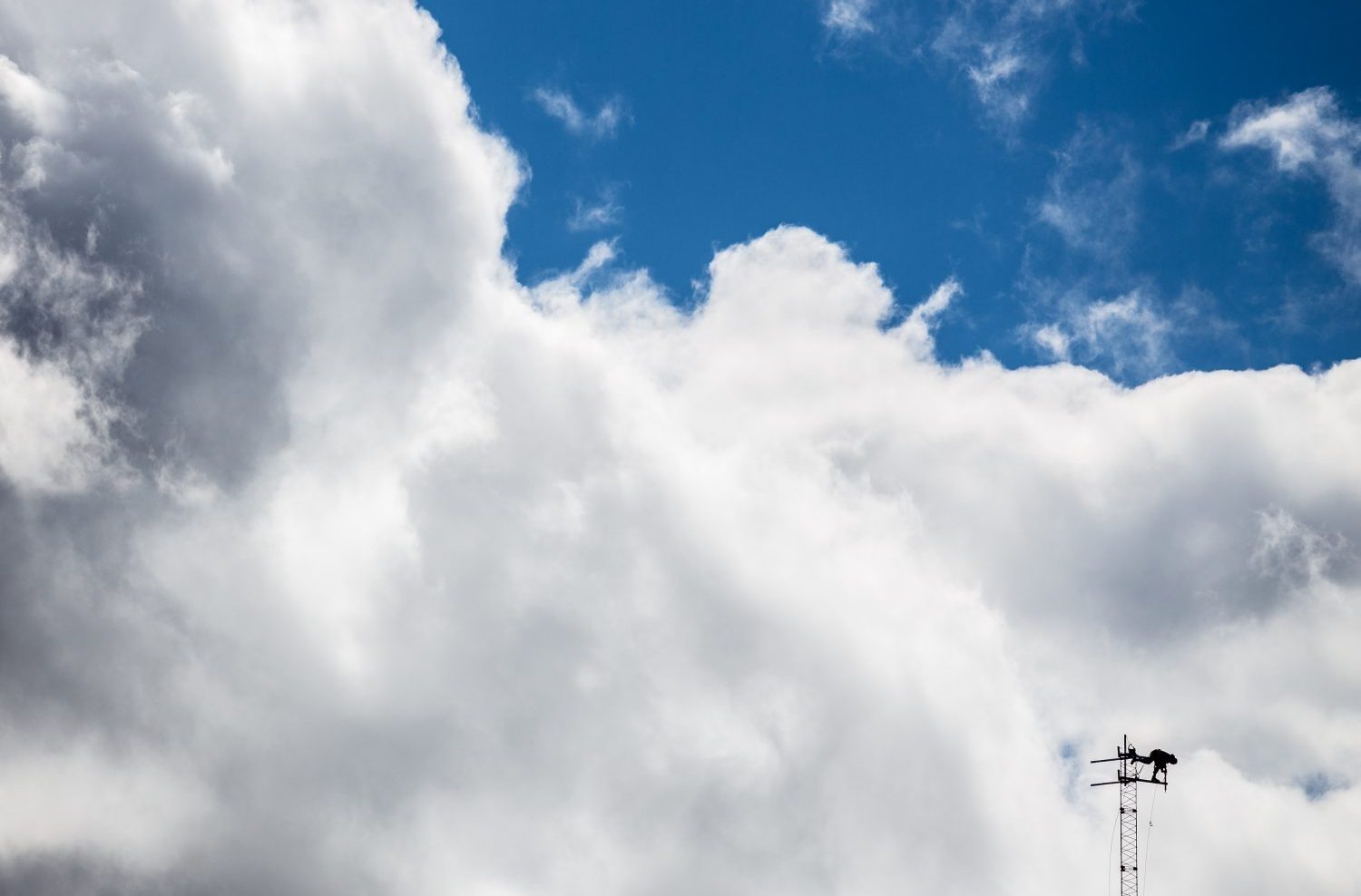 The lobby was crowded with people coming in from the cold and up the flight of stairs to the council chamber. Henry scanned the faces for his friend, and finally spotted her striding toward him from the south door, her infant son bundled warmly against her chest.

“You look nervous,” said Marta, grinning. “Getting ready to make a speech?”

“Me? Oh no, no… I just feel unsure about this proposal. I mean, who are we to impose our way of life on anybody else?”

Marta shrugged. “It’s a good question. Maybe you’ll get some answers tonight. Ali, you remember Henry, don’t you?” The baby gave an affirmative wriggle, and then they were up the stairs and into the meeting hall.

“Thank you for finding your seats quickly,” the woman at the front was saying. Easily the tallest woman present, her graceful, straight-backed posture made her taller than most of the men as well. “Thomas, would you please call the meeting to order?”

A man at the curved table behind her put down his pen and cleared his throat. “Waterloo Regional Council, December 20, 2066. Public consultation concerning Council’s proposal to send material assistance and policy advisors to the people of Mississauga. Councillor Yusra Okot presiding.”

“Thank you Thomas,” said Okot. “Council has circulated the full proposal in the newspapers and on the radio, so I’ll move to open the floor to feedback immediately. Thank you for stating your name and for keeping your comments brief.”

Henry hunched forward in his seat as a lineup took shape behind the microphone.

“Fatima Ahmadi,” said the first speaker, crisply and clearly. “I can endorse the spirit of the proposal, but I’d question the size of the proposed loan from the regional seed bank. Are we sure we have collateral in case of another drought? I’d like to see us diversify our portfolio further before we start to lend too freely outside the region.”

“Zechariah Eby. Amen to the spirit of mutual aid. You know, it wasn’t that long ago that you city folks were coming to us to learn the meaning of that particular idiom, and you made good on your return. The farmland encroachment was stopped, and together we’ve started to clean up the waters. My question is, will the aid in question tonight help Mississaugans get back on their feet, or will we in our high-minded goodness turn them into a charity case?”

Henry nodded vigourously and turned toward his friend, but she wasn’t in her seat.

“Marta Bly. It might seem like ancient history to most of us, but this region was hit pretty hard by the end of free trade and the collapse of the tech bubble. And then the price of gas kept going up, and up, and up… Without the urban farmers’ stimulus and the consumers’ movement for local factories and local jobs, we’d be just like Mississauga is today — no jobs, no food, no economy to speak of. I was born at a time when people could start to look forward to good, honest work again, and I want the same for my son. I really do think we’ve got a way of life here that’s worth sharing.”

“Frank Mathers. Why should we send our hard-earned seed to a bunch of suburban slouches? We’re making boots, furniture, washing machines, not to mention the food crops — all Mississauga exports is drugs and homeless people. Let Toronto take care of them.”

“Colin Wei-Lee. Toronto can’t take care of its suburbs any more. The city’s got enough problems of its own, what with the streets melting every August, and no end in sight yet for the tornado clean-up. Over the years we’ve taken in more refugees than we would have thought possible, but it’s in our interest to help Mississaugans rebuild where they are rather than migrating here. If seed, tools, and teachers with the right attitude can help them do that, I think we should go for it.”

An aide stepped up to councillor Okot and whispered in her ear. Okot nodded once and addressed the gathering. “Angela informs me that the wind has died down, which means we’re going to dim the lights and conserve power for the heating system. There will be a ten minute break while we light the lamps.”

Henry stretched in his seat, noticing only then how tense he’d been. Marta was seated next to him again, bouncing a grumbling Ali on her lap. “Someone’s hungry,” she said to Henry. “Want to step out with us?”

The hallway was a breath of fresh air after the crowded council chamber. Custodial staff were moving throughout the building silently and efficiently, trimming wicks and lighting lamps. While Marta discreetly rearranged her clothing, Henry tried to assemble his jumbled thoughts.

“It sounds so straightforward,” he said. “But so did all those other historical experiments in improving other people’s lives. How do we know our way is really any better?”

Marta gave him a sympathetic look. “Because it works, Henry. Look, my uncle used to tell me stories about life before the deindustrial revolution. People were dependent on machines and fossil fuels for everything. When the whole system started to crack apart, a few regions and cities were able to break with convention and start employing people again rather than robots and computers. They had to give up worshipping flashy gizmos and useless widgets, but they gained a stable food supply, meaningful work, a community that could actually provide for its young people… what more could you want?”

“Things had to get a lot worse before we could start to see how to make them better,” said a voice. It was Marta’s husband Faizal approaching up the stairwell, smiling. “Isn’t that what your uncle used to say, Marta?”

She nodded, grinned, and transferred the baby into his father’s outstretched arms. “You’re late,” she said, giving him a peck on the cheek.

“If you say so. We’re about to head back in, care to join us? Henry’s getting ready to overcome his ancestral guilt and join the conversation.” She winked, and Henry blushed. Together they headed back to their seats.

The chamber was transformed. In the warm glow of the lamps, every face seemed gentler, and the room smaller and more intimate. We’re all in this together, thought Henry. Screwing up his courage, he made his way to the front of the room.

It was hard to focus on the speakers ahead of him in line, but finally his turn came. “Henry Watterson,” he said, trying not to stammer. “I came to Waterloo Region when I was two years old. My parents had only me, my sister, and a couple of garbage bags stuffed with clothes. We lived with the Ahmadi family until my parents could get work at the boot factory. I don’t know what my life would have been like if we’d stayed in the States, but I know we didn’t have much of a choice. So.” He took a deep breath and looked at the circle of faces glowing back at him. “This place means a lot to me. And there’s a part of me that really does want to give that gift to others. As long as we do it wisely, with foresight. Thanks.”

He shuffled back to his seat as councillor Okot took the microphone. “Thank you to everyone who spoke tonight. Obviously, we’re not going to make a decision right away. Please talk this over with your friends and neighbours, and we’ll reconvene in the new year. Merry Christmas, everyone.”

As the room erupted in animated chatter, Marta leaned over and gave Henry a one-armed hug. “Hey, that wasn’t the end of the world, was it?”

Henry smiled sheepishly. “No, I guess it wasn’t.”