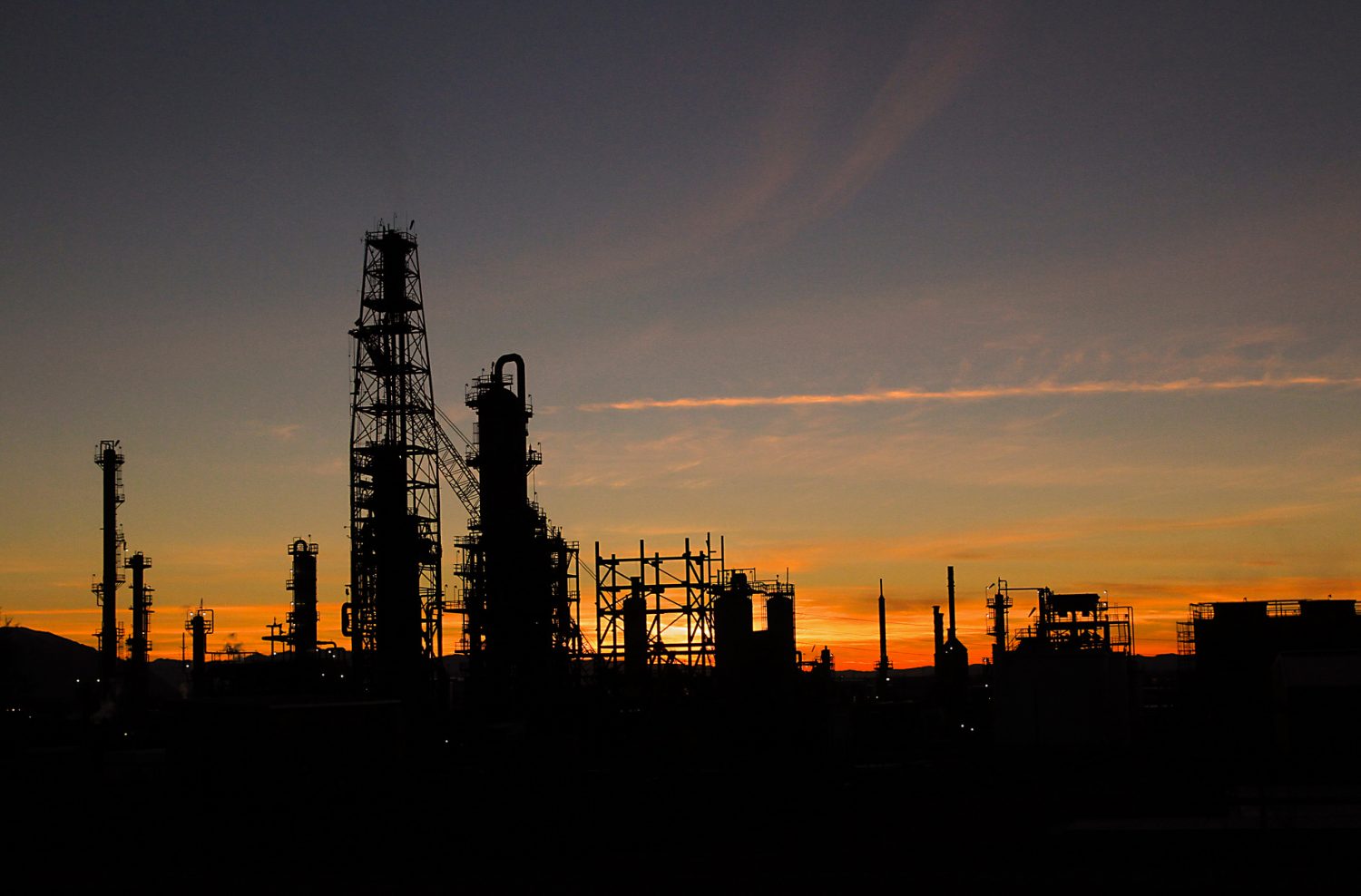 TCE Fiction: A Spark in the Deeps

Henry found a seat and checked his watch. The café was warm after the biting November wind, and the soft harmonies of some forgotten indie band sighed contentedly over the clink of mugs and saucers and the hum of conversation. The whole place was done up to look like an early 21st century coffee shop, complete with antique laptop charging stations and abstract art on the walls. Kitchener had changed a lot in 60 years, but the nostalgia market was still as hot as ever.

The server brought his drink, and Henry checked his watch again. He wondered again if he should have sprung for real coffee, but then reassured himself for the umpteenth time that chicory brew was just fine. ‘Coffee’ was for rich people and connoisseurs, those who were willing to pay the high tariffs and shipping costs associated with the tropical bean. For everyone else, chicory was just fine. And he didn’t want to send the wrong signals by shelling out for the fancy stuff on the very first —

The door swung open and a gust of wind billowed in, along with a dark-skinned young woman in a bright red scarf. Her mass of curly hair seemed to float around her head like a halo. With a start, Henry remembered that he was supposed to say something, do something … He waved, and his heart skipped a beat as she grinned and strode toward him.

“Hey,” she said, sliding into the seat opposite.

“Hey,” he said, straightening up. “Abigail.”

“That’s my name.” That perfect smile again. The server appeared, and Abigail nodded toward Henry. “I’ll have what he’s having.”

“Then I hope you like chicory,” Henry joked as the server zoomed off.

“Love it. Dandelion makes a good brew, but it’s got those bitter notes to it, you know?”

“I know,” Henry nodded enthusiastically. A second passed, then another. “So…”

Just then the door burst open again, admitting a young man with a baby wrapped snugly against his chest and a boy of eight or nine, dressed in what looked like a squid costume. Henry’s heart sank as the boy’s eyes lit up with recognition. In another second he had crossed the room and was standing next to their table, pink tentacles bobbing gently.

“Yeah, but Mama and Baba said I could wear it till the end of the week. My Jaddati made it for me,” he added proudly. “Who’s she?”

At that moment Ali’s father caught up with him. “Oh hi, Henry. Fancy seeing you here.” His expression was one of perfect understanding and perfect sympathy. Henry took a deep breath.

“Hi Faizal, good to see you. This is Abigail. Abigail, Faizal.”

“Pleased to meet you,” smiled Abigail.

“Likewise,” Faizal replied, shaking her outstretched hand. “This young hooligan is Ali, and this,” he said, bouncing the swaddled infant once gently, “is Rosa. We just stepped in to buy some fresh grounds. Funny how new babies and caffeine consumption seem to go together, don’t you think? Well, we’ll get out of your hair.”

“Guess what I am, Abigail!” cried Ali, who clearly had other ideas.

“Hm, let’s see,” she said, leaning forward. “Big bulging eyes, long wriggly tentacles … you remind me of those creatures from Dwellers in the Deep. Have you seen that movie?”

“I hate to interrupt you, kiddo,” broke in Faizal, “but we’d better leave these two to their coffee. Good seeing you both.” As he dragged Ali away, he gave Henry a barely perceptible wink. Then they were gone.

Abigail was grinning. “You’re popular with the kids, huh?”

Now Henry really blushed. “With this one, anyway. I’ve known him since he was a baby.”

She nodded. “Did you grow up around here?”

“Mostly. My family’s from Pennsylvania originally, but we fled here to get away from the fighting when I was five. What about you?”

“Kitchener born and raised. My grandparents came here from Nigeria, for similar reasons. Seems like half the people in this town either ran here from somewhere else or are descended from someone who did.”

Henry shrugged. “It’s a good place to run to.” Their eyes met briefly, and then both quickly looked out the window.

“So … tell me about your studies,” Henry began again. “UW Engineering, right?”

“Yeah,” she said, waving a hand casually, “it’s nuts and bolts, mostly. I mean, you’ve probably read all about the great submersibles revolution, and how we’re supposed to have a colony in the Marianas Trench some time in the next five years. But honestly, they said the same thing five years ago. Remember that?”

Henry smiled and even chuckled a little. “Yeah, I remember that.”

“Well, it’s all PR to soak up more grants. But the subs are beautiful, and they throw up the most interesting problems. Nuts and bolts kinds of problems, that is. The discoveries they’ve been making down there with our vehicles, on the other hand, that’s on a whole other level …”

Henry nodded, rapt, but Abigail was looking at him with a question in her eyes. “And you? You’re working on a thesis, aren’t you?”

“Really? I’d never thought about that from a religious angle.”

“Well, religion’s a tricky thing to define,” Henry said, warming to his subject. “One shorthand — although it doesn’t capture every aspect, mind you — one rule of thumb is, a religion is any prolonged collective effort with no tangible return on investment.”

She thought for a moment. “You mean, people getting together to do things ‘just because.’”

“Exactly. Only that ‘just because’ involves their deepest longings and sense of ultimate meaning.”

“So what does that have to do with the space race?” she asked.

“Well, we know now that shooting people into a subzero vacuum to be fried by solar radiation is a complete waste of resources, but back then people felt differently. They’d convinced themselves that there were better worlds up there, and that humanity’s destiny was somehow tied up with reaching them.”

“And I’ll bet almost no one on earth was willing to do the math,” Abigail said wryly. “One of the problems they give you in first-year physics is to estimate how many more years we could have kept the oil economy going if we hadn’t poured so much of it into high-energy spaceware. Small satellites paid off for a little while, but now you can’t even boost one into orbit without it getting smashed by space garbage. No return on investment there.”

“Exactly! Only you couldn’t say that kind of thing back then — you’d have been labelled a heretic.”

“I see,” said Abigail, nodding slowly. “So what about deep sea exploration? What about the real possibility of intraterrestrial contact in our lifetimes? Is that a complete waste of resources?”

Henry answered slowly. “From a nuts and bolts perspective, maybe. But … it kind of fills me with awe and mystery, you know?” Their eyes met across their steaming mugs of chicory. Something thrilled in him, something deep and mysterious as the sea. Then her gaze shifted, and she whispered, “Incoming.”

It was Ali, making a beeline for their table, his tentacles flapping as he ran. Faizal was deep in conversation with someone in the back corner of the café, and at the same time trying to calm a now mewling Rosa.

“Oh, nothing.” Ali put his elbows on the table and started looking from Henry to Abigail and back to Henry. Time seemed to slow to a standstill. Henry groped for something to say, anything to prevent the next words from coming out of Ali’s mouth.

Too late. “Is she your girlfriend?”

Henry’s stomach dropped right through the floor and continued on in the direction of the Marianas Trench. But what happened next took his breath away completely.

“Yes,” said Abigail without batting an eye. “Yes I am. Ali, if a person wanted to go see Dwellers in the Deep, what’s the best theatre in town, in your opinion?”

“Oh, go to the Athena!” Ali said, his eyes shining. “That’s where me and Baba went. You can sit in the comfy seats, and the screen is e-normous. You can even get popcorn!”

“What do you think, Henry?” asked Abigail, turning to face him. “Should we go to the Athena?”

“That settles it, then. I’ve got this.” She dug out her wallet and slipped a few coins under the rim of her saucer, just as the embarrassed father reappeared. “Oh, Faizal, hi, no, it’s okay, we were just leaving.”

Henry glanced up in time to catch his friend’s apologetic look, but this time he returned it with a barely perceptible wink as he threw on his jacket. They were halfway to the door when Ali piped up a final time.

“Henry, watch out though!” Henry turned to face his young friend, standing there solemnly in his pink tentacled suit. “It’s scary.”

“Thanks, Ali,” said Henry warmly. “I think I can handle it.” And just at that moment, he somehow felt he could handle anything the world threw at him.