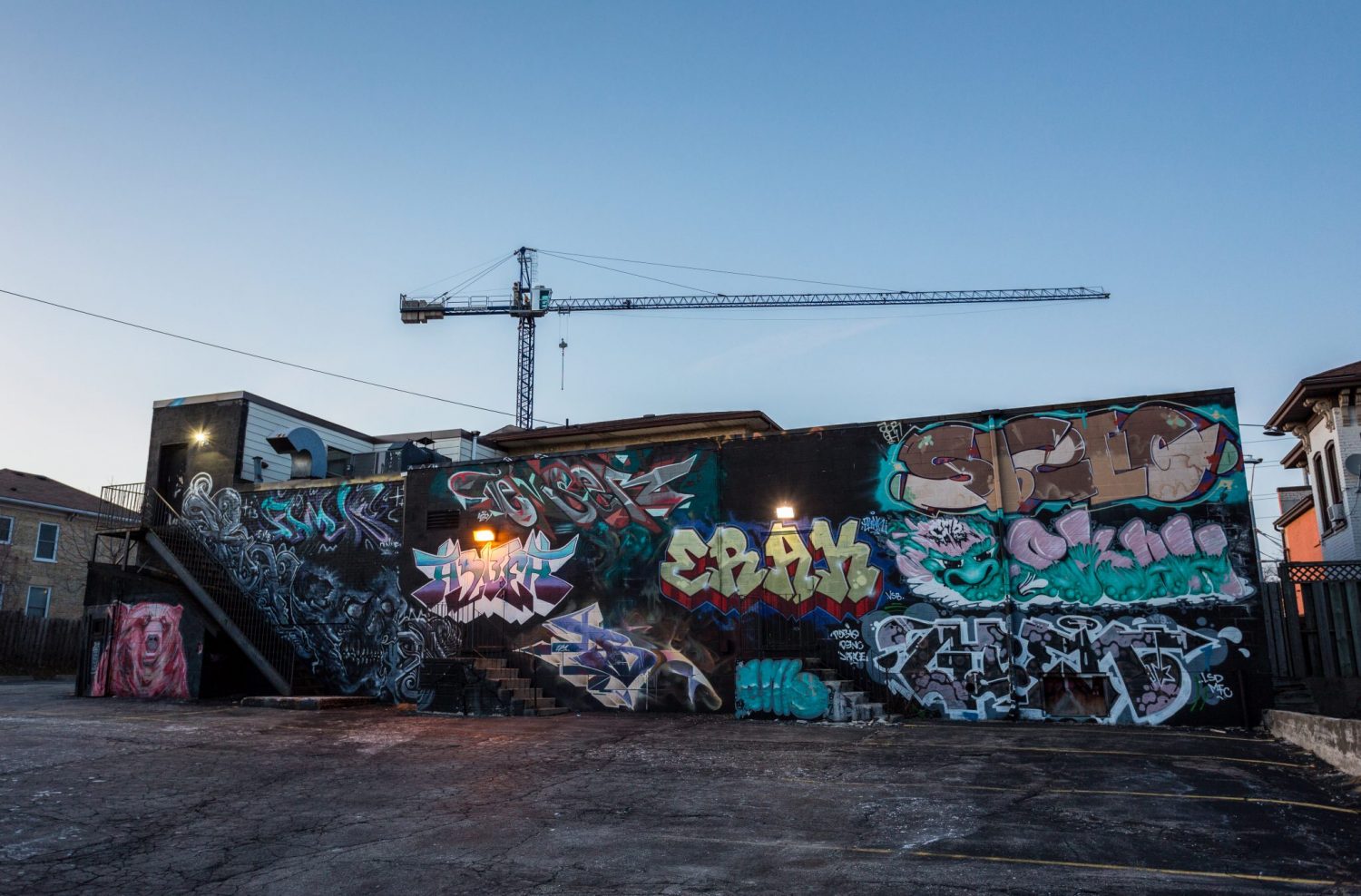 About a year ago I spent my lunch break staring at a spray-painted tag on the back of the building where I worked. At the time, I was miserable and hated my job. I ate my lunch alone while contemplating the odd name.

I started to notice it in other places: along the Spur-Line Trail, outside my yoga studio, on the brick next to a convenience store; sometimes the area would be splattered with two or three of them.

A “tag” is a form of graffiti where “writers” sign their name in a stylized but simplistic scrawl. I’ve seen Smesh written with an arrow, and a few bubble-letter Smesh’s (Smeshi?) but usually the script is pretty basic.

What sets Smesh apart from other tags, however, is the prolificacy of the artist. I submit to you that there is no harder working writer than Smesh; but it’s neither pretty nor particularly interesting to look at. It offers no real aesthetic element to the surroundings like others that implement colour, form and/or a political message. I have no business liking the un-sophisticated, artless and meaningless Smesh!

And herein lies my tension. Why do I like Smesh?

I met with Dr. Herbert Pimlott, associate professor of cultural studies at Wilfrid Laurier University, to see if he could clarify my connection to those five letters.

Pimlott shared his own ah-ha! moment. Before he was a professor he was in Belgrade and saw graffiti that referenced The Clash. Suffering through “shit jobs” with “shit pay,” he found it encouraging to know there were others like him in the city who understood the message of the band, whose music spoke to the dull life of poverty and injustice.

“As a young, working class lad you sometimes don’t get heard – this is why punk appealed to me,” he said.

Graffiti is illegal. Local media has reported on its negative impact on business owners and worried residents. Areas where LRT construction is on-going are prime targets, as are alleyways where large, brick facades act like blank canvases.

“Private homes, small shops, that sort of thing – they aren’t fair targets. Public transit ways, however, an overpass or underpass – that’s something we all pay taxes for – even the taggers.” said Pimlott.

I sympathize with businesses that are hit and can understand when residents find some graffiti unsavoury (see: large, ejaculating penis painted in a Kitchener alleyway years back). Never mind the potential for racist or other discriminatory material.

However, Pimlott argued that graffiti, when placed in a public space, should be considered under the law of free speech: “even if it means hearing speech you don’t want to hear.”

“I feel like I’m constantly assailed by advertising – billboards, all forms of signage, which I personally don’t like. I find it aesthetically suspect. Perhaps it is of value to business, but are we only about commodities?”

I asked Pimlott if he thought the rise of graffiti could be a product of a growing economic divide in the Region.

“Perhaps with the housing bubble… it’s beginning to squeeze the greater majority of the population – which is going to limit their access to a lot of things.”

Some propose “legal walls” or shuffling graffiti into a gallery in hopes of alleviating the illegality of the act, but I fear that is missing the point. The value of the tag is the inherently political message of it: the secret language between writers and the community that notice and interact with it, creating a unique underground understanding – like punk music. Those anti-establishment, roguish implications are lost once the authorities OK it.

“[Tagging] is a part of that sense of being voiceless – it’s like screaming and no one hears you and you want to be heard. Graffiti is not a sign of breakdown, but more a sign of youth frustrated.”

Which brought us to the idea of identity and why simply writing one’s name is a way of legitimizing and documenting oneself.

“We may not even understand what Smesh is saying but… it is an affirmation of their existence in this place.” He continued, posing the question: “Is tagging just another kind of selfie – a portraiture of words?” I tag, therefore I am?

As we philosophized about the merits of the tag, a train passed by the cafe, its cars strewn with various graffiti. Like a moving art gallery, we paused to look and comment on the images and words. It was peaceful in a way, fitting in perfectly with the environment we were in and allowing for a break in the discussion. And then the train was gone.