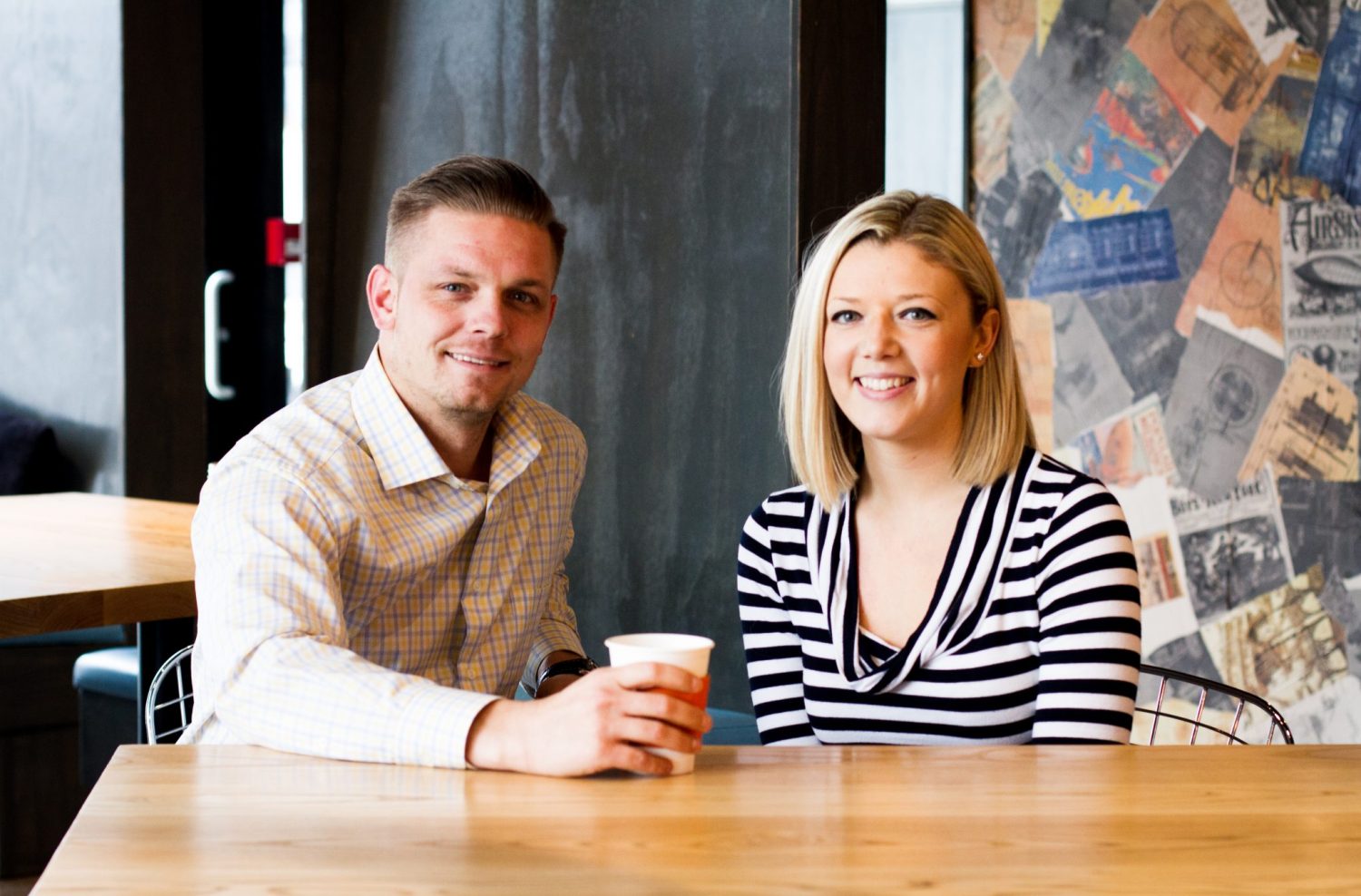 Together, they decided to use their knowledge and expertise to open Swine and Vine, a charcuterie and wine bar in KW that’s currently in the works of being launched.

“We’ve been talking about this for the past two years,” Jill said. “We obviously kind of always had a love for food and good wine. So we noticed over the past few years that this is kind of an untapped market in KW.”

“Our backgrounds are very complimentary,” Mica said. “I’ve spent the last ten years in the tech industry from large conglomerates, [like] Blackberry RIM, right to smaller companies [like] Magnet Forensics.”

As for Jill, she’s been in the food and restaurant industry since she was 15 and has worked at local restaurants and like Oscar’s, the Charcoal Steakhouse Group and Red House.

“I’ve seen a smaller restaurant setting open and kind of been involved in that,” Jill said.

Jill and Mica both saw an opportunity to create Swine and Vine when Public Kitchen and Bar was moving from its Lancaster location.

“We kind of just thought ‘let’s take a stab at it’ and then it [fell] into place … and now we’re here and it’s crunch time,” Jill said.

While the couple wants to maintain the warm and intimate atmosphere that Public created, they also want to mainly focus on making their food unique and approachable.

“One thing that I’ve noticed [about charcuterie] in general is that you have fifteen or thirty different kinds of meat and you have no idea what they are,” Mica said.

“That can be a little bit daunting,” Jill said. “We want to make it very approachable. You get to try something new, but you’re not afraid of it.”

Jill and Mica are aiming to have locally sourced food, including meats and artisanal cheeses, as well as hand-selected wines from all regions of the world on their menus.

In addition to having locally-sourced food and a variety of wine, they also plan on serving and catering a variety of custom and live-edge boards.

“The big component for us is that we want these boards to be epic,” Mica said.

“I never want to hear somebody walk out and say ‘I could have done that at home.’ To us, that board has to be phenomenal … It’s got to be something that’s … still local but it’s unique. And again, it’s still not pretentious. It’s still something you can pronounce and go ‘Hey! That’s pig!’ or ‘That’s cow’ or whatever it may be.”

“We’re actually hoping to try to do a play on a charcuterie board and do an ocean board,” Jill said. [That way] we can [serve] oysters, ceviche, mussels [and so on].”

The couple also plan on having wine pairing options with all of their boards, as well as shareable plates.

“We kind of want a [scenario where] you sit down with your friends, family and order a bunch of things you get to try and taste everything,” Jill said.  “That’s what we really like and how we like to eat. It becomes a social experience where you go out with your loved ones, get your drinks and try a bunch of different food.”

Because this is the first time Jill and Mica have opened a restaurant, they have found the experience to be both fun and stressful.

“I think right now, it’s something that we love and we kind of thought about it on the side for so long outside of our daily jobs,” Jill said. “And it’s a fun kind of stress. You know you’re not sleeping because you’re constantly thinking of these things.”

“The other aspect is the business side,” Mica said. “[Creating] POS systems and [arranging] who’s going to do the accounting. There’s just so many moving parts and variables that you need to be completed before opening.”

Both Jill and Mica also agree that the experience of creating a restaurant has been humbling and rewarding, especially in terms of the the knowledge that they have learned from others, including Red House chef Dan McCowan and Public owners Carly Blasutti and Ryan Murphy.

“Even just sitting down and talking to people in the industry,” Jill said. “People are doing so many cool things in the area that we just want to soak it all up and constantly be learning. You definitely don’t know it all, we’re not going to pretend to know it all. But we’re in such a great area for this. We’re just trying to soak it all in.”

“From that regard we’re very blessed in that manner,” Mica said.

Jill and Mica both emphasized their gratitude for the support that they have been receiving from the KW community during the process of launching their restaurant. Swine and Vine has moved into Public’s original location on Lancaster Street as of Dec. 1 and the restaurant is to be in full swing by early January 2018.

“I like the Kitchener-Waterloo food scene and I’m just happy to be a part of it,” Jill said.

“We’d make very slight posts on social media and the feedback [is great] … It gives you tingles and such pride. We’ve only really scratched the surface. It’s going to be a lot of fun.”