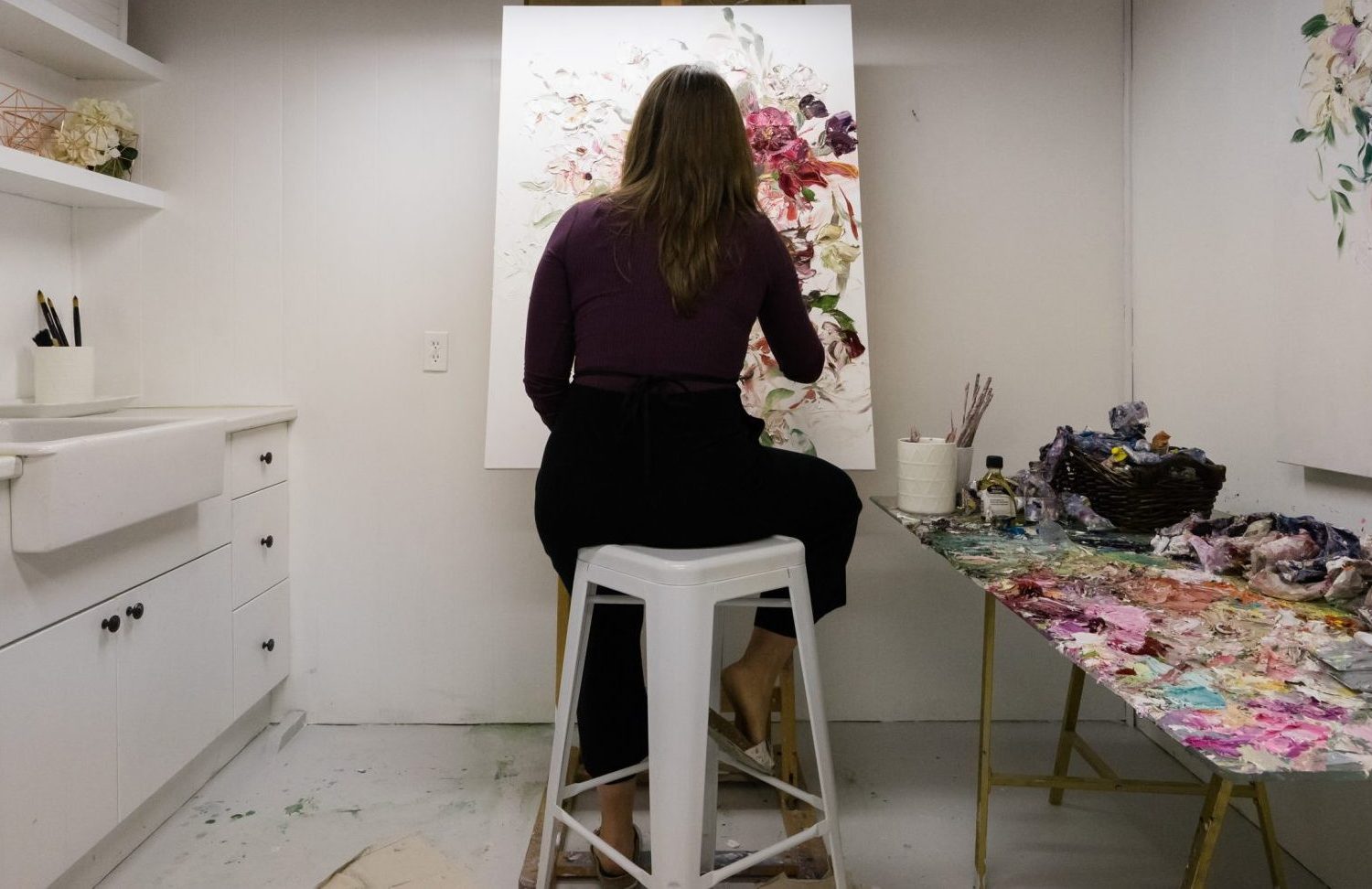 Stephanie Fehrenbach Takes Time to Show Us Her Florals

Standing about 5’4” tall, is the powerhouse of the #showmeyourflorals movement. Stephanie Fehrenbach, a local watercolour and oil paint artist has evolved from a lost post-grad to a woman with a family, a blossoming career, and possibly my favourite basement — ever. Oh, and she has 22,000 Instagram followers.

In her basement, which also serves as an incredible art studio, Fehrenbach eyed one of her paintings critically.

“I wasn’t sure about this one at first,” she said when I asked if she has a current favourite project. “But it’s growing on me.” She smiled. Flower puns — who would have guessed?

Fehrenbach graduated from Queen’s University in 2006, travelled and came home to Toronto only to work in the non-profit sector.

“I was afraid,” she said. “It’s intimidating to graduate, knowing you haven’t broken into the field. I got busy with work and just sort of stopped painting. I stopped believing in myself.”

Losing that outlet was hard for Fehrenbach, who has been painting since childhood. 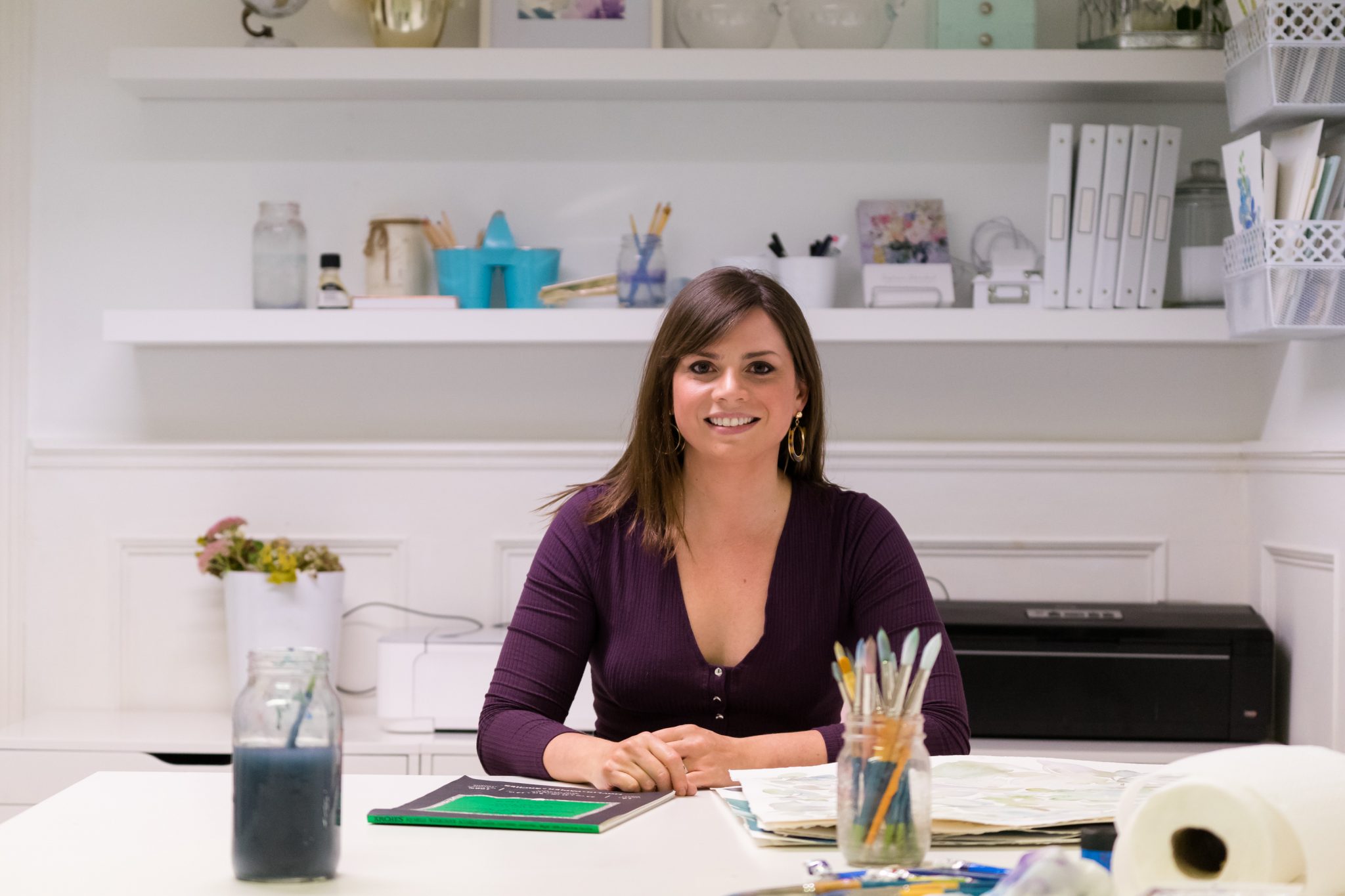 “[Looking back], I just needed to give myself the permission to keep experimenting. So one day I set up an easel in my tiny little kitchen, and just started,” she said.

But that was just the beginning. Fehrenbach then moved to Kitchener-Waterloo, and contribute to Paula White Diamond’s Annual Square Foot Show, where was invited to be an artist regularly represented in the gallery.

“It was a really big moment for me,” Fehrenbach said. “But Instagram is what changed my world. I did a giveaway, actually. It was for these little watercolour, hand-painted ornaments, and someone who won one just happened to be friends with another artist who saw my work, and looked me up. Now we do workshops together!”

She laughed a bright, sparkling laugh.

“I used to think I had to be perfect,” she continued. “But you don’t have to know everything, you just start where you are. You always get better and grow.” 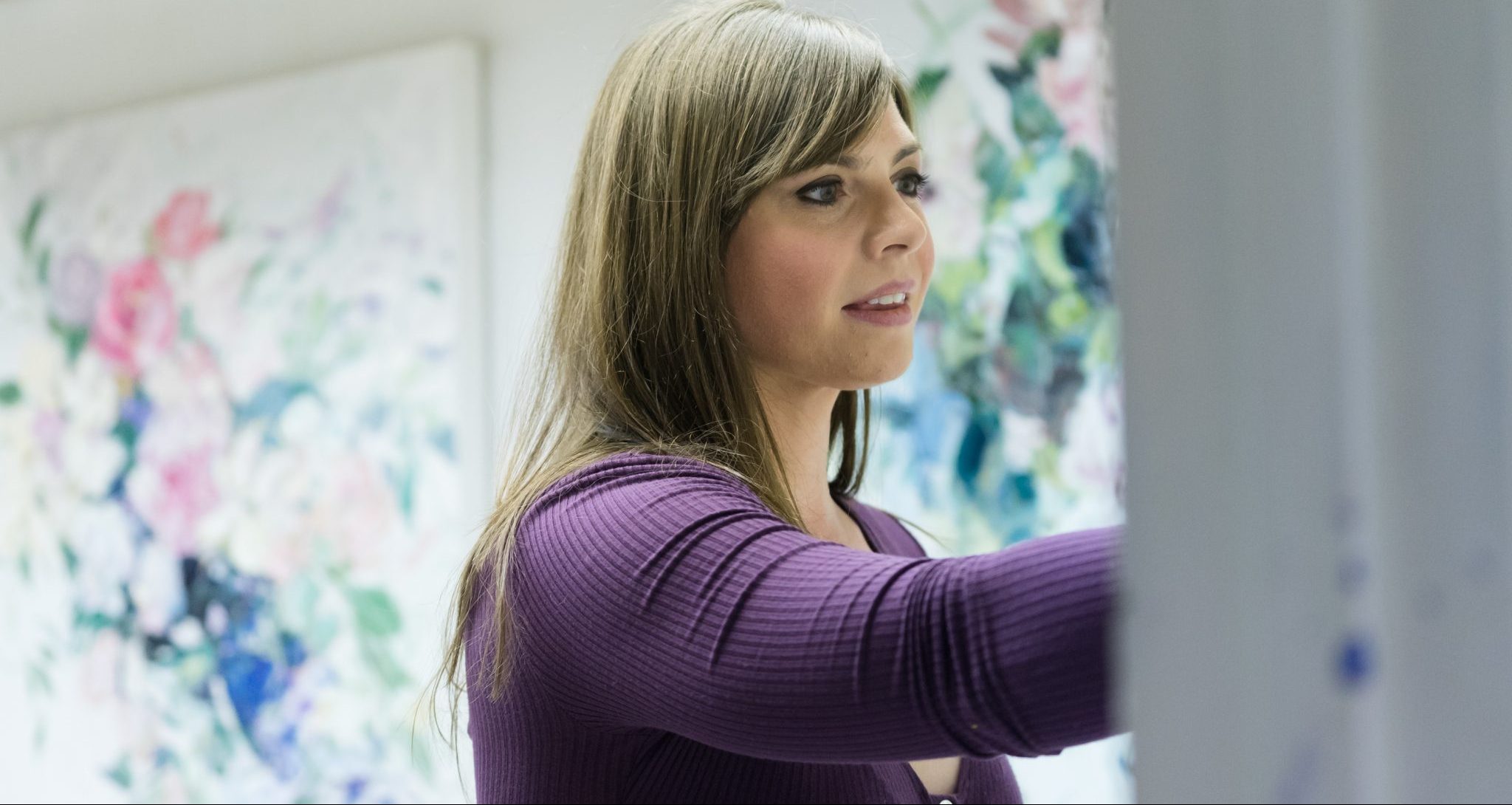 Fehrenbach’s work now can be found locally, in the Paula White Diamond Gallery at the Bauer Marketplace, and in Toronto at Canvas Gallery.

Fehrenbach faces a new challenge now as a busy mom to her 18-month-old son. She is constantly scrambling for time.

“He lays down for an hour nap and I go paint,” she said.

Despite the difficulty surrounding the balance between motherhood and work, she’s still found time for more endeavours.

“There’s no such thing as balance,” she admitted, “but I love my art.”

“My partner [@purplefreesia] and I did a workshop at the Lavender Farm in Ayr recently where we taught participants how to make bouquets, and paint them!” Fehrenbach said.

For the self-proclaimed floral obsessed Fehrenbach, success has been in the networking.

“It doesn’t happen overnight,” she said. “It’s about being open to opportunities and showing your work along the way.”