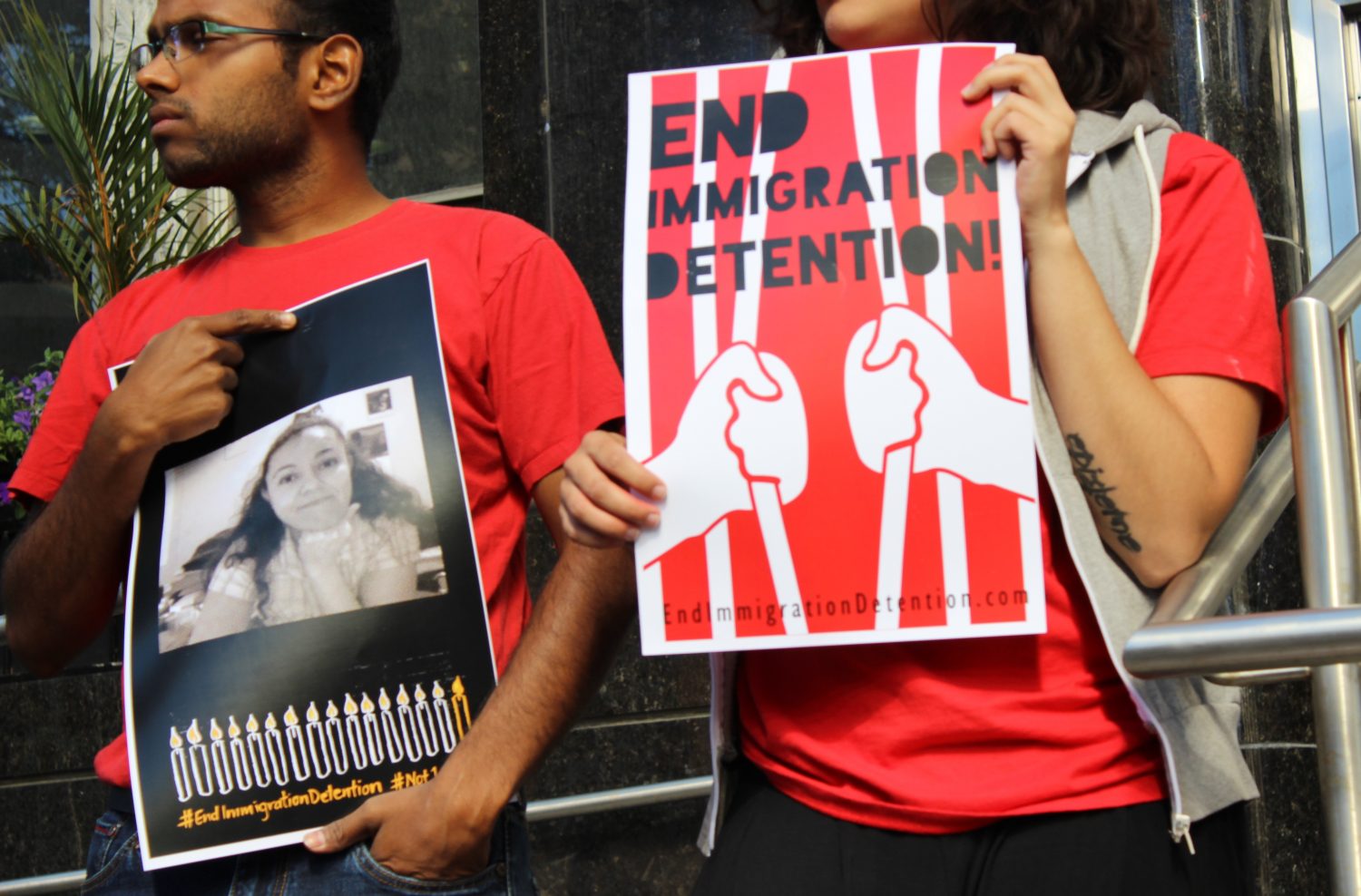 As this story goes to press, on August 1, dozens of migrant detainees in two Ontario prisons are in their third week of a hunger strike. They are asking to meet with Ralph Goodale, the minister of Public Safety and, according to the End Immigration Detention Network, “Their demands are simple: they don’t want to be jailed indefinitely, without charges or trial, in maximum security prisons.”

Since last fall, 1,275 Syrian refugees have settled in Waterloo Region, an admirable community effort that – here and across the country – has become a key chapter in the federal goverment’s story of “sunny ways.” However, many I spoke with pointed out that the federal government’s treatment of migrant detainees is hard to square with the arms-wide-open image it continues to project.

In the three weeks since the hunger strike started, “50 Black and Brown men have faced lock-downs, been threatened with segregation and deportation, and had their water turned off. Still they continue. But ultimately, it’s not about conditions, however inhumane they are, but about the fact that they are detained indefinitely, in maximum security, without charges or trial,” says Tings Chak, who is an organizer with the End Immigration Detention Network.

When immigration detainees are considered high risk, they are transferred from immigration holding centres to provincial prisons. Those deemed high risk include detainees with criminal backgrounds, who are considered to be an escape risk or a danger to themselves or others, and who possess a history of violence or outstanding charges. Many argue that the government exaggerates detainees’ danger to society, and that many are simply caught in a bureaucratic mess of paperwork, or have just overstayed a visa.

Richard Abuwa is one of the detainees. In an interview with CBC’s As It Happens on July 22, Abuwa said that he’s been detained for the last 27 months in Lindsay, although he is not serving a criminal sentence. Because of an “accumulation of criminal charges,” Abuwa, who’s lived in Canada for 31 years, is ineligible for citizenship and is scheduled for deportation to Nigeria imminently – though he doesn’t know anyone there, or speak the language. 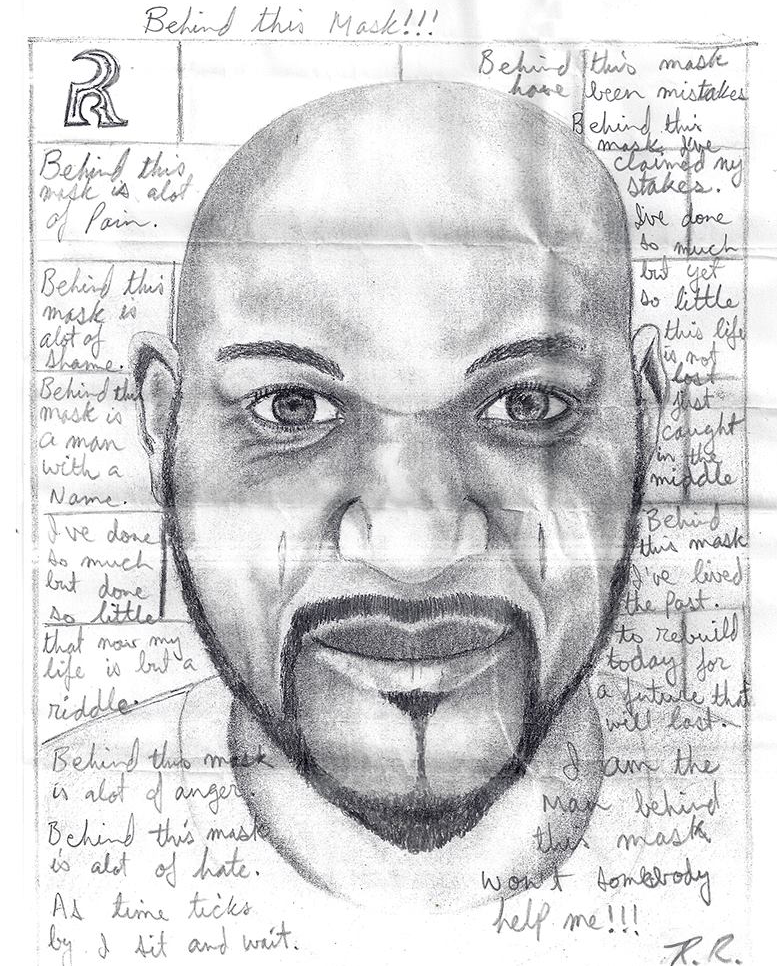 A self-portrait and poem from R.R., who is on hunger strike in detention in Central East Correctional Centre.

Lucia Harrison has met with local MPs to discuss this issue, and has sent each of them a letter outlining her concerns. Harrison is the Kitchener-Waterloo Multicultural Centre’s executive director, and sits on the board of the Ontario Council of Agencies Serving Immigrants, which has also asked Goodale to meet with the detainees.

“With the new government, it’s a chance to correct a broken system that breaks every rule we have about incarcerating people,” Harrison told me by phone, adding that “maximum security prisons are not the only way to keep tabs on people.” She reiterated to me a point she and others made in a letter to Goodale: “Many children are also in detention because the only option given to their parents is to surrender custody – which is not a real choice.”

Health care providers have also recently spoken against indefinite detention, explaining that it puts unreasonable stress upon a detainee’s mental health, among other things.

“We are concerned that a continuing hunger strike will put already vulnerable people at further risk of physical and mental harm. Three men have died while in immigration detention since you became Minister only nine months ago. At least 15 have died while in the custody of the Canadian Border Services Agency since 2000,” wrote 70 doctors, nurses and other health care professionals in a July 14 public letter to Goodale.

“This is the third time in as many years that men on indefinite immigration hold – people held in maximum security prisons without charges or trial – have gone on hunger strike,” those health care providers wrote in the same letter.

“It concerns us when individuals feel compelled to put their physical and mental health in jeopardy in order to win an audience with elected officials. They feel unheard and unacknowledged despite repeated calls to your office and to the offices of other Members of Parliament, multiple petitions and letters, and unsatisfactory meetings with representatives of the Canadian Border Services Agency.”

Many European countries cap detention at 90 days, which is also a United Nations standard. Through a spokesperson, Goodale told the Canadian Press that his office is set to release a plan that will “align” with the UN’s global strategy on detention “in the near future.” The spokesperson emphasized that detention is “always a last resort.”

Gandhi is often credited with saying that a community’s greatness should be measured by how it treats its weak and vulnerable. Few are as vulnerable as those whom the government says should not count at all.

“It’s a jail. No jails are fun,” Abuwa said to CBC. “To me, it feels like I’m in segregation and living in a cage like an animal, treated like an animal, and then they expect me to behave rationally. It’s not right. It’s not fair.”