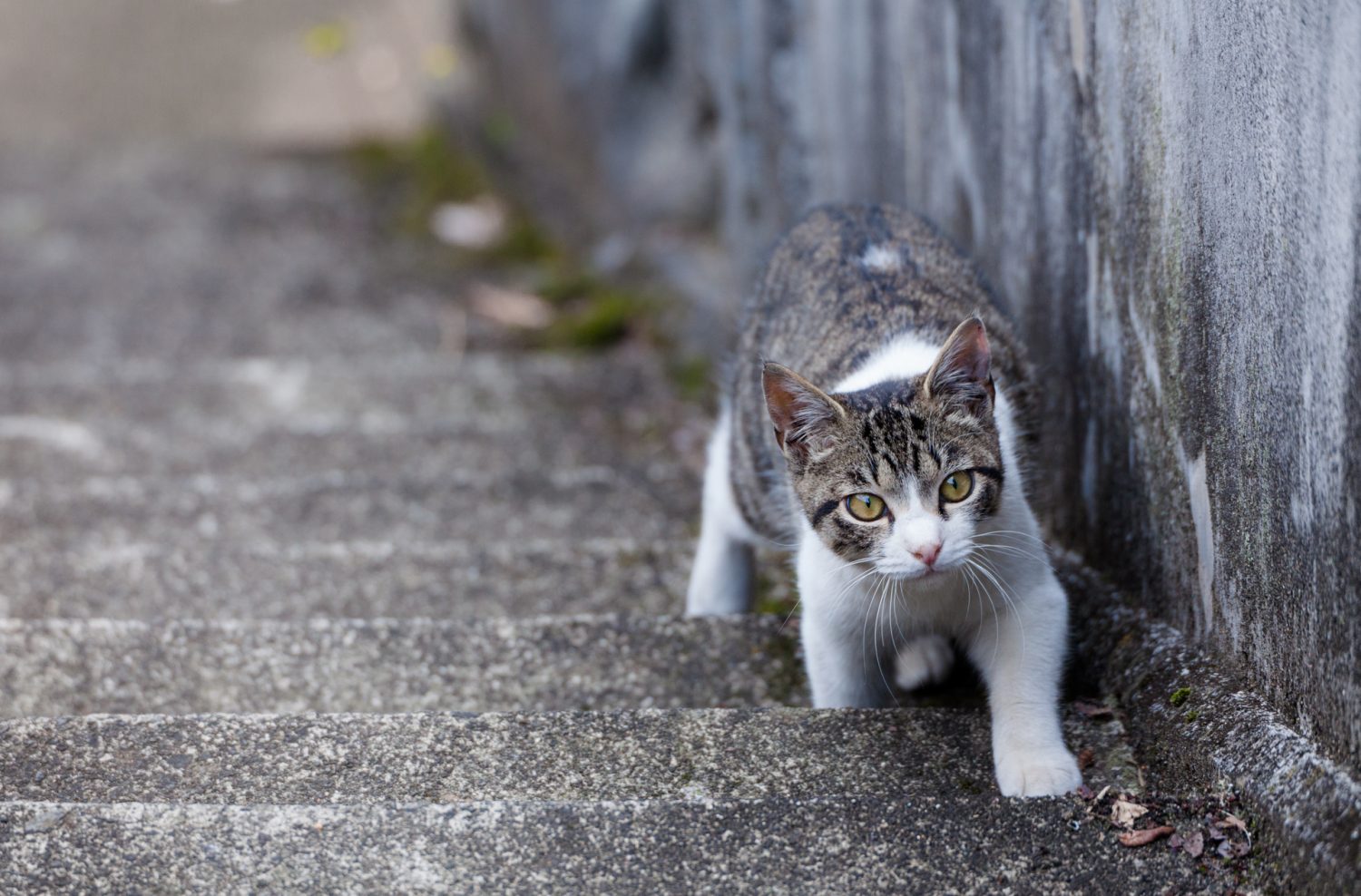 So You Found a Stray Animal in KW: Now What?

Picture this — it’s a busy afternoon at the King and Victoria intersection in downtown Kitchener. You’re about to cross the street when you see a cage of some sort on the sidewalk, the door to the cage is open, and near that cage is a wandering cat. There is no one else around and the cat doesn’t have a collar to identifty that it belongs to anyone. Is it your responsibility to do something?

This, according to the KW Humane Society, is a typical case of a pet being abandoned by their owner in the Waterloo Region.

“It’s actually quite common for owners to do this when they feel that they can no longer support or provide for their pet,” said humane society operations director Kathy Innocente.

Abandoning a legally-owned animal in Canada is a crime. According to the KW Humane Society’s website, an owner can spend up to five years in jail for doing this.

When asked why some owners would take this illegal route of leaving their pets behind, rather than work with a local society to surrender their pet, Innocente said that the consequences of the formal procedure of doing this might be a factor.

“Once you legally surrender your pet, you cannot reclaim it. You also have to pay a certain fine, depending on the state of your pet,” Innocente said.

So what do you do when you come across an animal that you think has been abandoned in the Region?

“Always call us if you think you see something suspicious,” Innocente said. “If you don’t feel comfortable bringing the animal to us, we can send an animal services officer to pick it up.”

Innocente also said that once the animal is in healthy condition and they can confirm that is has been abandoned, they begin the process of putting it up for adoption.

Every year, the KW Humane Society receives more than 2,000 phone calls from regional residents that pertain to animal control. According to a 2016 report, the society received 1,444 incident calls and 770 investigation calls.

The KW Humane Society has been an active rescue service since 1927. It relies on its volunteers, donations and city funding to continue expanding and being a reliable service for the animals.

The funds that the society had been receiving were not enough for its services, so much so that in Sept. 2017, the City of Waterloo committed to a four-year contract that will take place in 2018 to pay almost double to the KW Humane Society. In the past, the society has received $330,718 from the City, whereas starting this year, they are committed to receiving $630,000, an 89.4 per cent increase.

Innocente suggests donating, providing items on their online wish list, or volunteering for those who are interested in supporting this local service.